It’s tough to convince yourself this one will be a contest.

The Tigers have been rolling for a few months now – unsurprisingly since most of their good players got healthy.

The Cats have been sputtering since the bye round, alternating wins and losses for an incredible 13 weeks – a streak they’ll need to snap to play in their first grand final since 2011.

A loss this week would equal the single-season record of the 1969 Saints – thanks to stats savant atsirswampthing for that one. It’s a record they’ll be very keen to avoid.

If the challenge wasn’t great enough for Chris Scott’s side, star forward Tom Hawkins fumbled his brain in the semi-final win over the Eagles and got himself suspended.

These sides last met in Round 12, the Cats kicking 16 of the game’s last 19 goals to pummel the Tigers by 67 points. It was their seventh win in a row and improved their record to 10-1.

For Richmond, it would be their second in a three-game losing streak. They’d find themselves out of the eight only a couple of weeks later.

The Cats haven’t won consecutive games since that Friday night. Richmond would lose only once more before starting what is now a 10-game winning streak.

It’s tough to find a way for the Cats to win, but there are glimmers of hope.

The West Coast team they beat a week ago was a good one. That shouldn’t be forgotten.

Of course, Hawkins and his four goals were a crucial part of that win, and he’s not going to be out there.

For Geelong to pull of an upset here, they’re more than likely going to have to make it ugly.

They can expect to get first hands on the footy. The Cats were the No.1 contested possession team in the home-and-away season with a positive differential of 232. The Tigers were 16th at minus-183.

It’s an area Geelong dominated against the Eagles last week (who were ranked 17th), winning 23 more contested possessions. They also smashed the Magpies (third, +184) in that area in their qualifying final (+21) for all that did them. Richmond lost the count to Brisbane by 13.

It’s not everything, and often the Tigers are more than happy to concede extra numbers and ultimately possession in tight to control the outside – in fact, they’re masters at it.

Which means Geelong need to be smart and sure when they get the footy. The good news is, in Tim Kelly and Joel Selwood – who probably played his best game of the season a week ago – they have two players capable of being just that. Patrick Dangerfield is less slick, but we’ll get back to him in a moment. They’ll miss Mitch Duncan, who is one of the best kicks in the league.

Lachie Henderson comes in for the suspended Hawkins. Whether he plays forward, or heads back to allow Harry Taylor to move into attack, neither move is particularly inspiring. 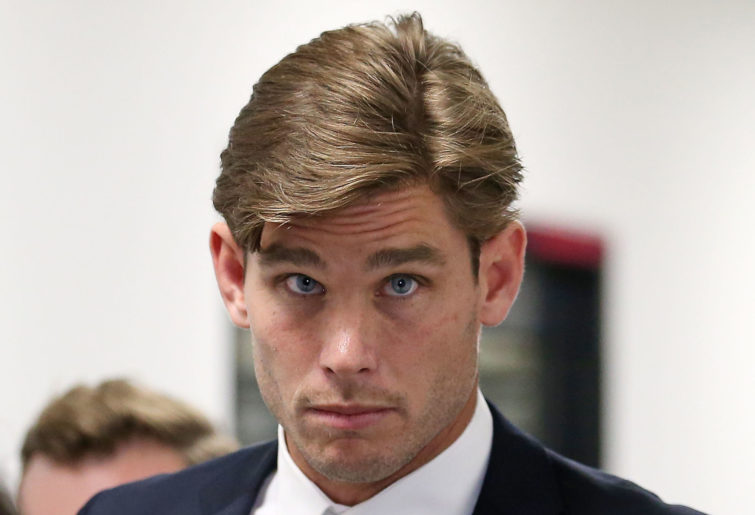 A lot of signs point to Dangerfield being called upon as the key attacking target. The Cats should be able to at the very least be able to break even in the middle even without their superstar, and he has the ability to break the game open in attack.

Dylan Grimes is about as good a match-up as you can hope for on Dangerfield, but it’s one the Brownlow medallist and his team would be confident in getting the better of.

There just aren’t a lot of other obvious goalkicking threats for Geelong. Gary Ablett hasn’t looked dangerous thus far in September, but I’m not foolish enough to write him off. Esava Ratugolea is a wildcard, and Gryan Miers, Brandan Parfitt and Luke Dahlhaus are all pesky, but on what is shaping as a warm, dry night, Dangerfield looms largest.

Of course, there’s a whole lot going on at the other end of the ground, where Tom Lynch and Jack Riewoldt each shape as potential match-winners. And then there’s Dustin Martin, one of the few players in the competition who can consider himself Dangerfield’s equal – and he’s coming off an equal career-best bag of six goals.

Dusty looks primed for another monster September and he’ll probably split his time pretty evenly between attack and midfield tonight. Wherever he is, he’s a problem.

It’s tough to know who Scott will send to the Tigers’ most dangerous forwards. Mark Blicavs is an excellent match-up for either of Riewoldt or Lynch, but he might not even play in defence. Jake Kolodjanshij is the next best option for either of them, and not a bad one for Dusty either. Whichever forward sees Taylor or Henderson coming their way will be licking their lips.

There are plenty of other excellent players and interesting stories out there.

Dustin Martin and the Tigers are in the box seat. (Adam Trafford/AFL Media/Getty Images)

Tigers skipper Trent Cotchin had one of his finest moments against the Cats on Richmond’s magical run of 2017, and Shane Edwards seems to be getting better by the week. Nick Vlastuin and Tom Stewart are two of the game’s best medium defenders.

Josh Caddy is taking on his former team, and Zach Tuohy is the man who essentially replaced him at Kardinia Park.

The Tigers are 7-3 in first quarters during their win streak, so we might know early whether we’ve got a game on our hands.

Things need to fall just about perfectly for the Cats here, and they probably need a gargantuan game from Dangerfield to pull off the upset. He’s certainly capable, but I can’t go past Richmond.

The Tigers by 25 points.