The Roar
22nd September, 2019
17
Join the conversation
1317 Reads
Advertisement
Write for The Roar

The 2019 AFL Brownlow Medal count promises to be one of the best in recent memory, with an open field and little in the way of a clear favourite.

To suss out the 2019 Brownlow Medal favourites, we’ve made use of the top-quality number-crunching performed by Stats Insider.

Their Brownlow Medal report includes projections for all the biggest points of interest – not just the winner, but the leaders at different stages of the night, and who’ll get the most votes in each club.

A strong finish to the 2019 season has seen the 2016 Brownlow winner emerge as the favourite to win this year’s award.

Dangerfield was arguably best on ground in his last three matches of the season, and could come from the clouds late in the count to snatch it at the death if he picks up nine votes here.

He’s not the unbackable favourite he was three years ago, but it’s hard to argue against him being the leading contender.

After enjoying a stellar first season for the Brisbane Lions, Neale enters the Brownlow Count amount the absolute top tier favourites with the bookies.

The big question for Neale is how the umpires will view those games where he was prolific, but not necessarily impact, such as his 50 possessions against Richmond in Round 23.

Neale played every game in a side that won plenty of matches, and after making headline with his trade move he will have the umpires’ attention.

Another player in the mix to win his second Brownlow, Fyfe has the second-best percentage chance as ranked by Stats Insider despite missing two games during the season.

While maybe not as eye-catching visually as his 2015 Bronwlow year, Fyfe’s 2019 season had a simillar level of dominance when it comes to his statistical output.

2019’s been inarguably his best and most complete year since then, and many would happily call him the best player in the AFL. 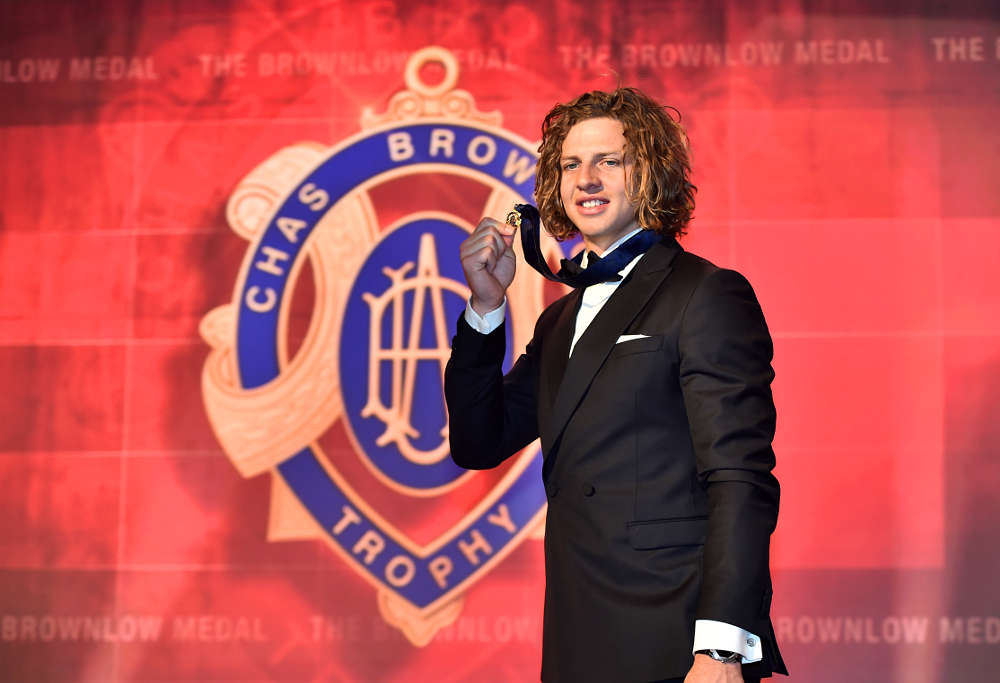 Bontempelli enjoyed a career-best season in 2019, and that has deservedly put him in the top three percentage chances to win, as per Stats Insider.

The Bont averaged nearly a vote a game in seasons 2016 and 2017, but has put forward career-high disposal, clearance and score involvement numbers this year that blow away those previous efforts.

Every chance of becoming the Western Bulldogs’ first Brownlow Medallist since Adam Cooney in 2008 on Monday night.

After another excellent season, and his first as captain of Carlton, it makes sense to say that Cripps could be a serious Brownlow contender.

The Stats Insider model has him sitting a ways off the top pack though – Cripps missed two games during the season, and was heavily tagged in many others.

Still, he had more than a few outstanding performances where he seems a certainty to pick up the three votes. It would be against the odds, but he’s a real chance.