Boks blow it against All Blacks

You make your own luck, said Ernest Hemingway. South Africa certainly did not make their own luck on Saturday night.

They were outplayed at crucial moments in a match that was largely equally contested, and in a tale as old as time, the All Blacks’ ability to make something out of seemingly nothing proved to be the difference.

South Africa looked to have the Kiwis on the backfoot for most of the opening twenty minutes. They started confidently, and looked to have a clear intent with an early penalty slotted by Pollard.

It seemed as though the Boks would play in NZ territory, apply pressure through a rush defence and take penalties to keep the scoreboard ticking along.

New Zealand, frankly, looked shell shocked at times during the opening minutes of the match. Uncharacteristic wayward passes and dropped balls in their own 22 showed the nerves on display.

However, despite enormous pressure in an exceptionally vulnerable part of the field, the Boks didn’t have the killer instinct to pounce on some of these mistakes.

The match seemed to turn when Pollard’s penalty goal attempt was deflected off the post, heralding a New Zealand resurgence which saw two quick scores in five minutes.

New Zealand blew the Boks out of the water with this blitzkrieg. Disappointingly, some lazy defence galvanized the All Blacks, turning these attacking opportunities into tries.

A clever cross kick by Richie Mo’unga, which didn’t seem like a tactical masterstroke, was elevated into something exciting due to a crucial defensive lapse by Mapimpi.

He hesitated for a moment, instead of taking his man on directly, which led to a breakaway and an eventual try.

It speaks volumes that the Springboks didn’t lie down after these scores. In past years, this turn of events would have signalled the opening of the floodgates, but they weathered the storm and seemed to regroup appropriately.

Unfortunately, it was too little, too late. 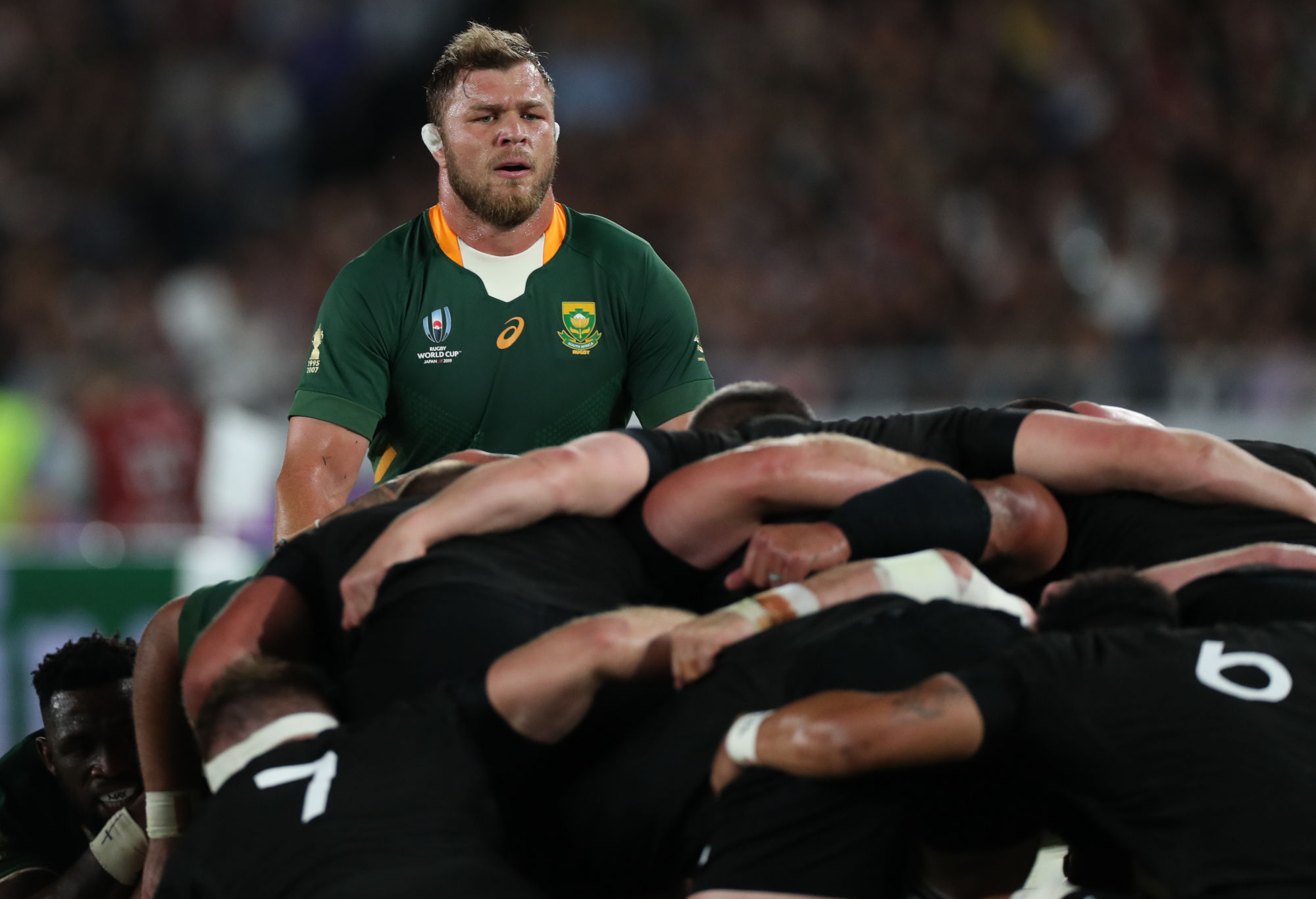 The second half was a more positive display from the Boks, with some strong running, hard tackles and promising periods of attack. The missing link here, however, was the Boks’ inability to adjust to the match conditions.

I don’t want to lay any of this at the officiating by Jerome Garces, but it was clear that the breakdown was the Wild West on Saturday night.

Near the 70-minute mark Duane Vermeulen was wrenching the ball from the ruck for about five seconds without a call of holding on.

Interpret his officiating as you will, the fact is South Africa didn’t adjust to him, and they were duly punished by New Zealand who caused some crucial turnovers near their own tryline.

On two or three occasions, South Africa looked like they may cross the whitehwash, but a Bok player would get isolated, and the breakdown would disintegrate and the ball would appear on the All Black side of the ball.

The Boks failed to make the necessary changes to their ruck play, and have only themselves to blame.

Another area of concern was that key players didn’t step up to the occasion. Malcolm Marx was industrious, but not the classic menace in loose play he is known to be.

Faf de Klerk had a terrible night with the boot, with his box kicks not going far enough, often putting South Africa under pressure instead of New Zealand.

Our midfield, though aggressive on defence, is utterly uninspired on attack.

Willie le Roux has been criticized this year for being out of form, and I have given him the benefit of the doubt. I hoped that he would return to his dangerous best for the occasion last night. I was sorely disappointed.

The low point of the match was when one of South Africa’s line breaks, which looked like a sure try, was butchered by a howler pass from Le Roux to Cheslin Kolbe.

The Willie le Roux of yore would have kept the ball in both hands, put the afterburners on and if he didn’t manage to score the try himself he would have expertly drawn the defender, and timed a brilliant pass to Kolbe to put him away.

On the matter of Kolbe; he was the standout in an otherwise underwhelming South African attack. His ability to beat defenders, find space, and his unbelievable pace are awesome to watch.

It is a real shame that South Africa hasn’t figured out how to unleash this at the right time on attack. Instead of planned moves, curated to open up a gap or mismatch for his devastating speed, Kolbe has to conjure it all up himself, usually out of the blue.

Consequently, more often than not, there are no Boks nearby in support translate his work into tries.

South Africa ceded an unacceptably high penalty count, kicked away crucial possession, and didn’t take their opportunities like the Kiwis did. Despite that, they came within four points at one stage, and only lost by ten.

Rassie Erasmus had an inexplicably wry smile on his face during the post-match interview, and the optimist in me hopes he has something up his sleeve.

Perhaps the wily coach is looking ahead to the final, and used the opening match as an exercise to feel out the opposition.

Here’s hoping that Rassie knows something I don’t.