There’s a big, big sound from the West of the town… it’s the sound of the mighty Giants. And wasn’t it a mighty preliminary final performance by GWS on Saturday afternoon.

As each week of the finals roll on, the games get better.

The intensity lifts and each contest becomes more ferocious than the last.

It is building to a mouth-watering grand final.

The Giants silenced a deafening Magpie army and held off a rampaging Collingwood outfit to march into their first grand final since entering the competition in 2012.

I don’t want to talk about the farcical decision made by the score review panel in the last quarter.

I want to talk about how outstanding the Giants were.

For those unfamiliar with Williams, he is a defender turned midfielder two-thirds of the way through the season when the Giants lost Coniglio to injury.

On Saturday, he was the livewire and the maestro in the middle.

There were plenty of good players, but he was a cut above the rest.

There was also Nick Haynes.

He is brilliant in his own right, but he was faced with an even bigger task than usual after quarter-time as an injured Phil Davis was thrown into the forward line.

Not only did he rise up to the challenge, he went above and beyond.

His brilliant decision making under pressure and composure with the ball in hand was second to none.

He was the playmaker down the back in the absence of a fully functional Davis and did his captain proud.

If Haynes and Williams were best on ground, Matt De Boer was a close third.

He successfully kept Scott Pendelbury’s influence to a minimum.

The Pies captain had 18 touches, but couldn’t dominate the game like Collingwood would’ve wanted him to.

And then there was Lachie Keeffe.

Many questioned his recall.

He came into the side for the suspended Toby Greene. Hardly a like-for-like replacement and many thought the Giants had gone in too tall down back.

But by three-quarter time he had answered. He had kept Brody Mihocek to zero disposals.

Collingwood’s forward line was barely functioning going into the game.

For the Pies to lose De Goey to injury and then to see their 2019 leading goalkicker in Mihocek shut out for just about the whole game could’ve been the difference.

The entire team just kept on fighting until the final siren – symbolic of their captain’s afternoon.

Phil Davis dislocated his finger moments before the opening bounce.

He tweaked his calf in the first quarter and returned to the field, playing up forward.

He strained his shoulder in the second quarter and returned to the field.

He shook off his wounds in the final few minutes of the game, where he returned to the backline to assist his teammates.

He just kept on keeping on.

Just like his teammates who kept fighting until the final siren. 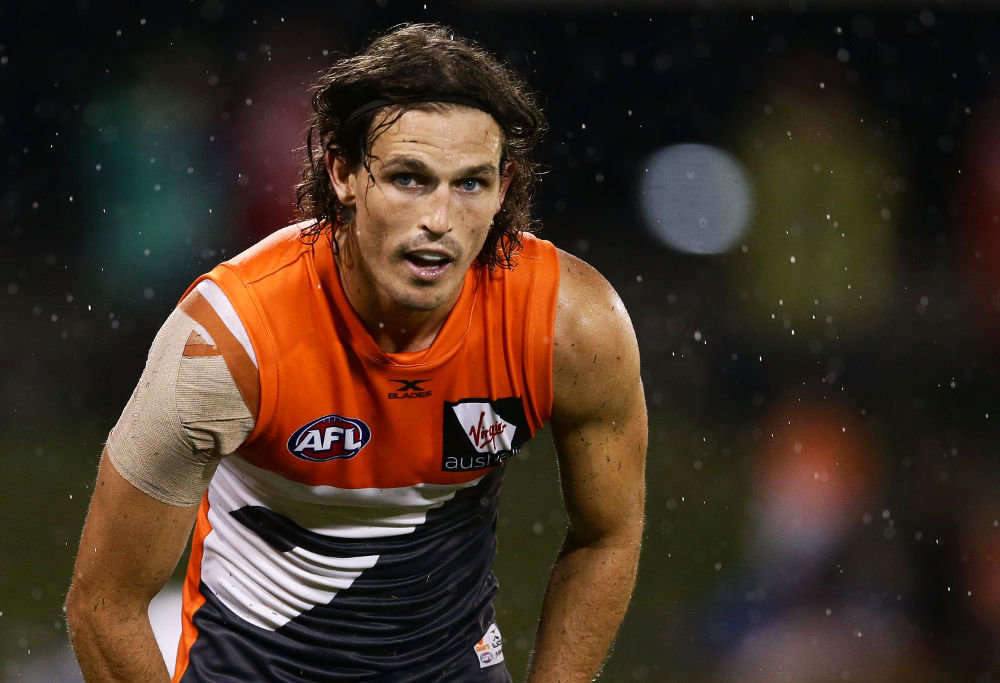 As for the man who had the last laugh of the afternoon?

That would be Shane Mumford.

All week critics have said he’s too old, too slow, too cooked for the game.

But they forgot to mention that he was too smart.

His last 90 seconds were just fantastic.

You could watch him sell candy to Scott Pendelbury for hours on repeat.

He was the perfect player for that situation.

It was a Giant performance by the 22 men in Orange.

The scary thing is that the Giants will welcome back Toby Greene for the grand final and he may bring Lachie Whitfield and Stephen Coniglio with him.

As for the Pies? It’s heartbreak all over again.

They needed to play more than one good quarter of football in a final to win it.

Yes, like the Giants, they were missing players – but the best sides are able to cover their losses.

Lachie Keeffe’s game is a perfect example of this.

A fringe player, in just his tenth game for the season, got an opportunity through injury and absolutely made the most of it.

But the Pies weren’t the only ones left heartbroken this weekend.

“It’s still bitter and raw at the moment,” Dangerfield told the media on Saturday.

“We set out with winning a premiership in mind and we weren’t able to do that.”

“It’s tough because there is no tomorrow, that’s the season finished, that’s the bitterly disappointing part, that’s the overriding emotion.” 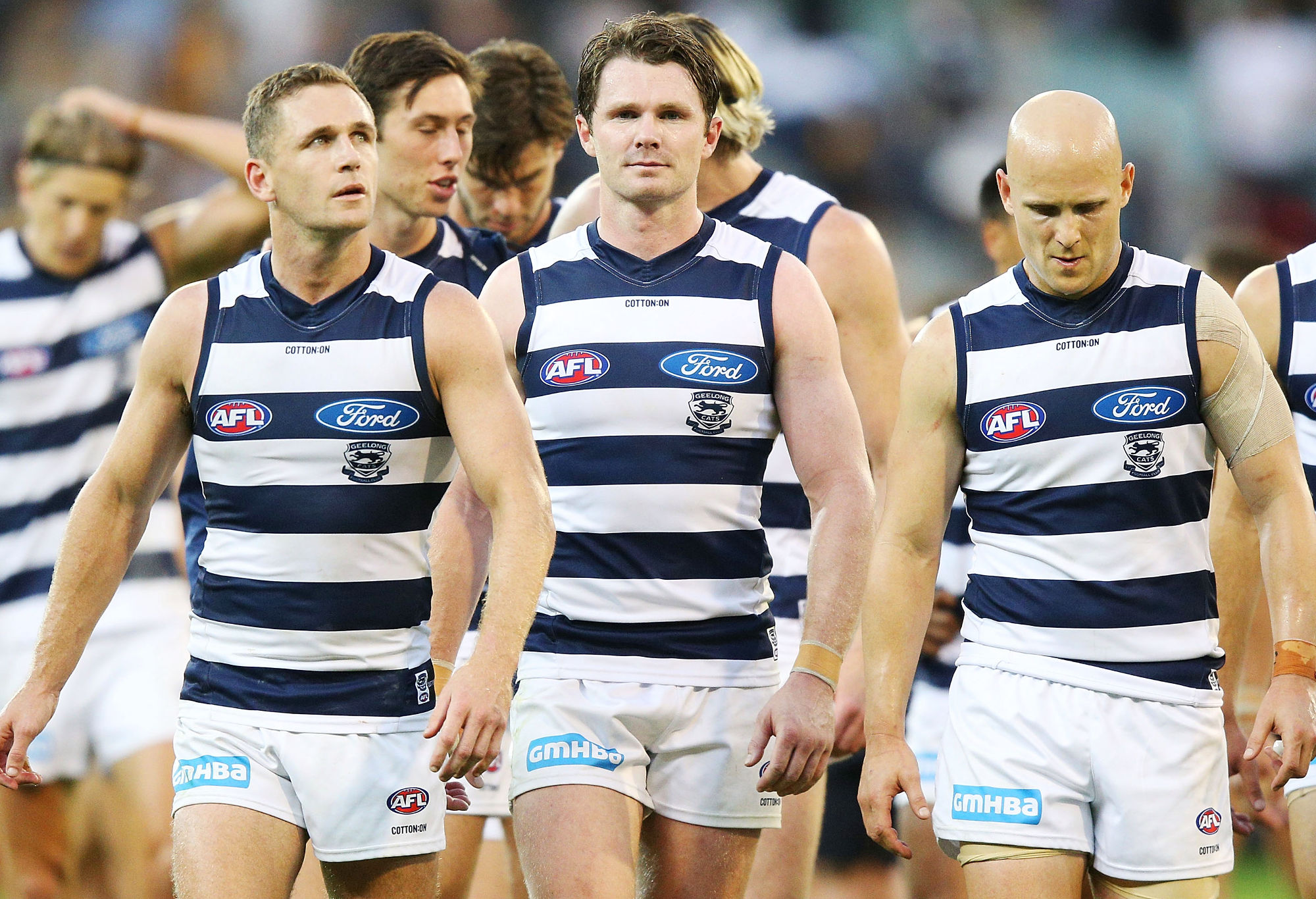 He played a crucial role in all three finals.

In Geelong’s case, the game was lost in the coaches’ box.

What was Mark Blicavs, arguably Geelong’s best defender, doing on the wing and at high half forward for almost the entire match (and having minimal impact) when Richmond’s Tom Lynch won the game off his own boot down the other end?

I genuinely cannot get my head around it.

The decision to not play Rhys Stanley in the Qualifying final was bad, but this was worse.

Because Geelong took a 21-point lead into half time.

They had Richmond in the palm of their hands for almost the entire first half and when the Tigers responded, Geelong did nothing different to try and stop it.

It was a wasted season for Geelong, who were the benchmark team all year.

Pieces of that ferocious, high-pressure football returned to their game in the semi-final and in the first half of the prelim but it just wasn’t enough.

This one will sting for a long time to come.

As for the Tiger train? It keeps on rolling on.

It’s quite amazing when you take a step back and think about the transformation this club has gone through.

I don’t think CEO Brendan Gale gets enough of the credit.

He has been the true driving force behind this operation.

And of course he’s had the help of Dimma and Dusty, Cotch, Rance, Riewoldt, Edwards, Houli… the list goes on.

In 2019, you can add Lynch, Grimes and Prestia to that list.

Sure there have been others, but those three men have truly defined Richmond’s season. 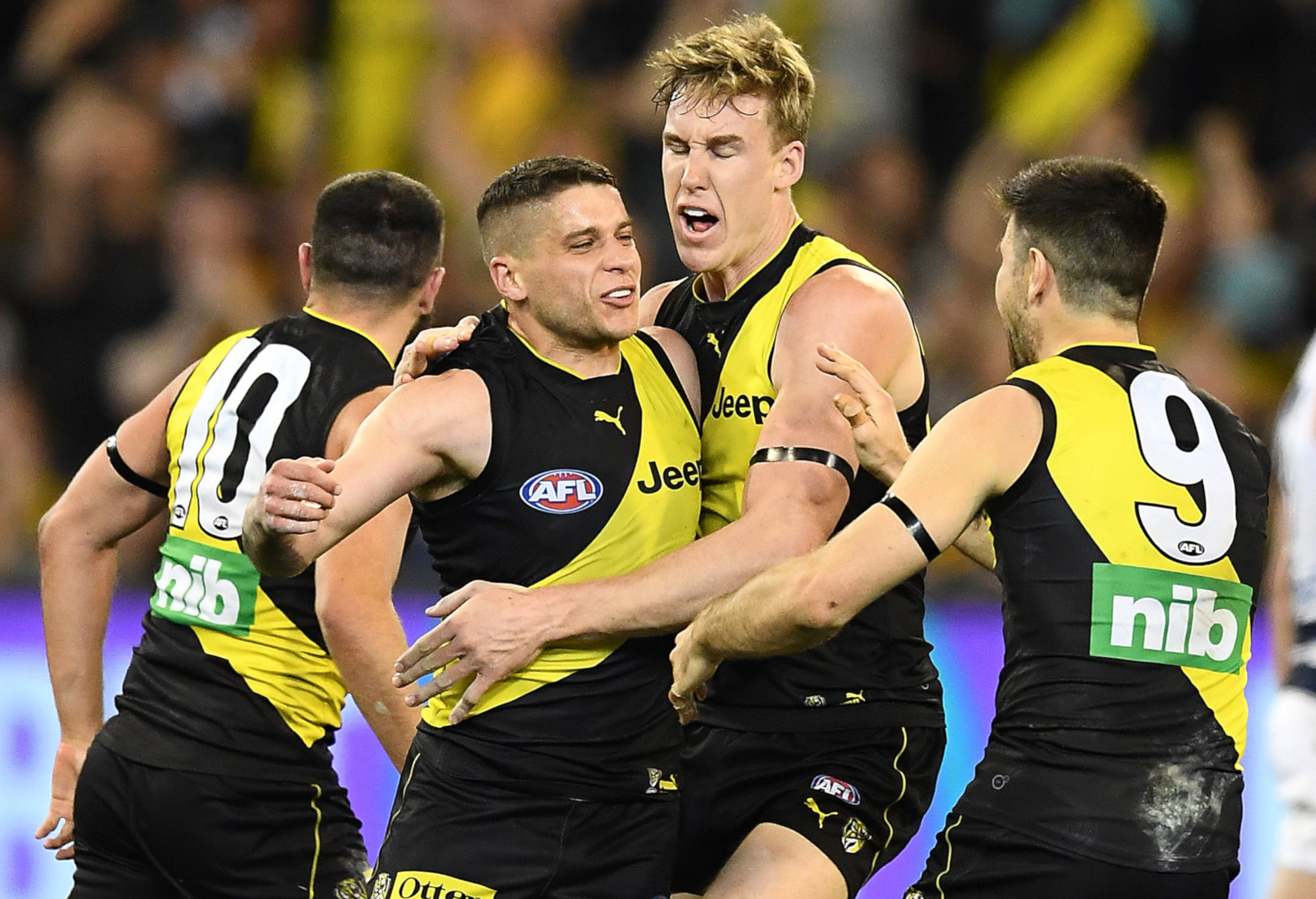 The addition of Lynch in the forward line has been great, but it really took that lethal next step in Friday night’s victory.

He was truly unstoppable and won the game off his own boot.

In the absence of Rance, Grimes took his game to a new level.

He probably flies under the radar at times, but his game on Friday night is an example of just how damaging he can be.

Both Richmond and the Giants are peaking at the right time, ahead of their grand final clash next Saturday.

But there will only be one winner.

Who will walk away victorious in the last Saturday of September?