In the Australian ranges and mountain areas where they’re found, wallabies are timid by nature. Inquisitive perhaps, but only ever up to a point of safety and certainly not aggressive in any way.

But the rugby variety of Wallabies would have taken half your arm off in a flash if you were offering up a six-tries-to-two, bonus-point win ahead of their Rugby World Cup opener against Fiji on Saturday.

Though the Fijians were highly regarded, even to the point of way-overblown expectation, the game played out pretty well as I expected it to.

The Flying Fijians were always going to start fast, and they did just that. Their two-point lead at halftime was well deserved as well, but the question was always going to be around how deep into the game could they maintain their up-tempo game.

That’s not to not to consign their game in 2019 down the same stereotypical paths of the largely amateur ‘island flair’ teams of Rugby World Cups past – indeed, so many of their squad now play professionally all around the world. It was only going to be a matter of personal fitness and combinations.

Four Wallabies tries in the last 25 minutes only highlights the validity of that question.

Impressive Fijian display as it was, the Wallabies will be satisfied in the way they were able to ride out the first-half onslaught, taking their time to get the game back to their preferred pace.

There will be reasonable questions asked this week about the way Australia started the match, for sure, and when viewed alongside the effective impact from the bench in the second half, there will undoubtedly be temptation to promote bench players into starting roles.

But this again is the scenario where I think a bit of patience will be required.

Will Genia is great example. From the moment he came on in the 51st minute, you could see the Wallabies find another gear, with Genia’s running game playing as big a role in leading this as did his clever kicking game. 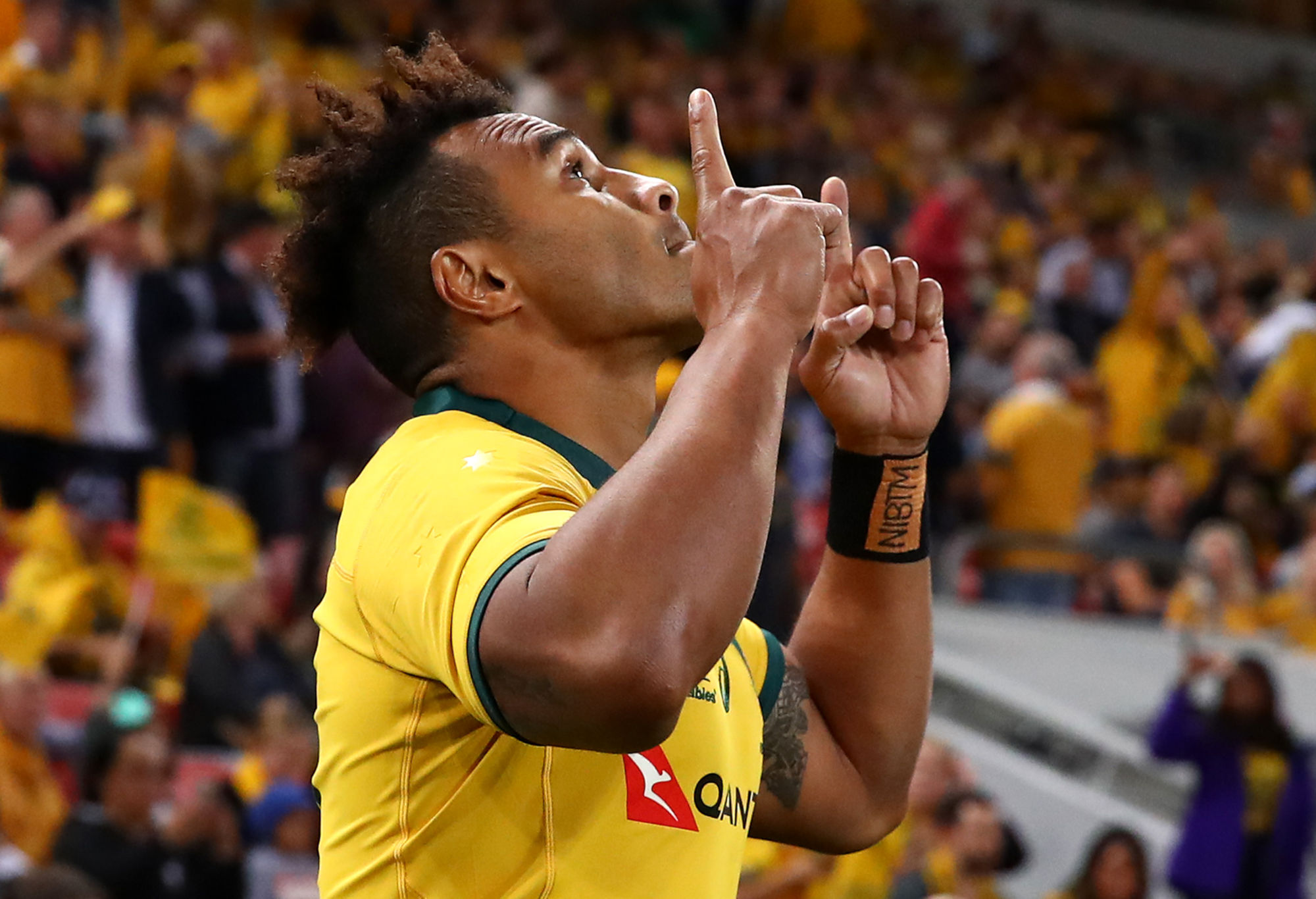 Should he start against Wales?

Well, I’m not so sure. We saw him play a lot more laterally after the break against Samoa in Sydney a few weeks ago, and he became more and more guilty of overplaying as his stint on the field went on.

It was already pretty clear that you won’t get eighty minutes of his absolute best out of him these days, but that game showed that even a hour is pushing it.

So while the temptation to start him might be there, there’s just as much evidence this international season to show that he plays his best rugby for the Wallabies – and the Wallabies get the most from him – in a 25-or-so-minute burst off the bench.

Matt Toomua similarly finished well, but like Genia’s impact, I also think starting Toomua might be a case of weakening a strength.

And though Christian Lealiifano’s performance is a worthy talking point, I remain unconvinced Bernard Foley showed enough against Samoa to suggest he is a definitely better option.

David Pocock got through another eighty minutes, and that will be the main takeaway from his game. He’s still in the solid-but-unspectacular bracket, but there is no doubt is presence on the field is worth more than just the effort he’s giving.

Equally, there’s no doubt Pocock’s presence takes focus away from Michael Hooper and Isi Naisarani, which further allows this new three-way combination to bed in further.

The Wallabies tight five was effective at set piece, and it was pleasing to see the lineout drive used to start the momentum shift in the second half.

Tolu Latu turned in precisely the sort of game that he’s always been capable of, well and truly justifying his starting spot.

Of the forwards, the only real question might be whether Jordan Uelese and Lukhan Salakaia-Loto did enough form the bench, but again, when viewed within the way the Wallabies finished the game, holding their place against Wales wouldn’t be undeserved.

All this is pretty indicative of the overall performance. It was a long way from perfect, and there will undoubtedly be improvements to be made prior to facing Wales on Sunday.

But they got the win, and a bonus point to boot. Which is pretty much the perfect start to a World Cup tournament. 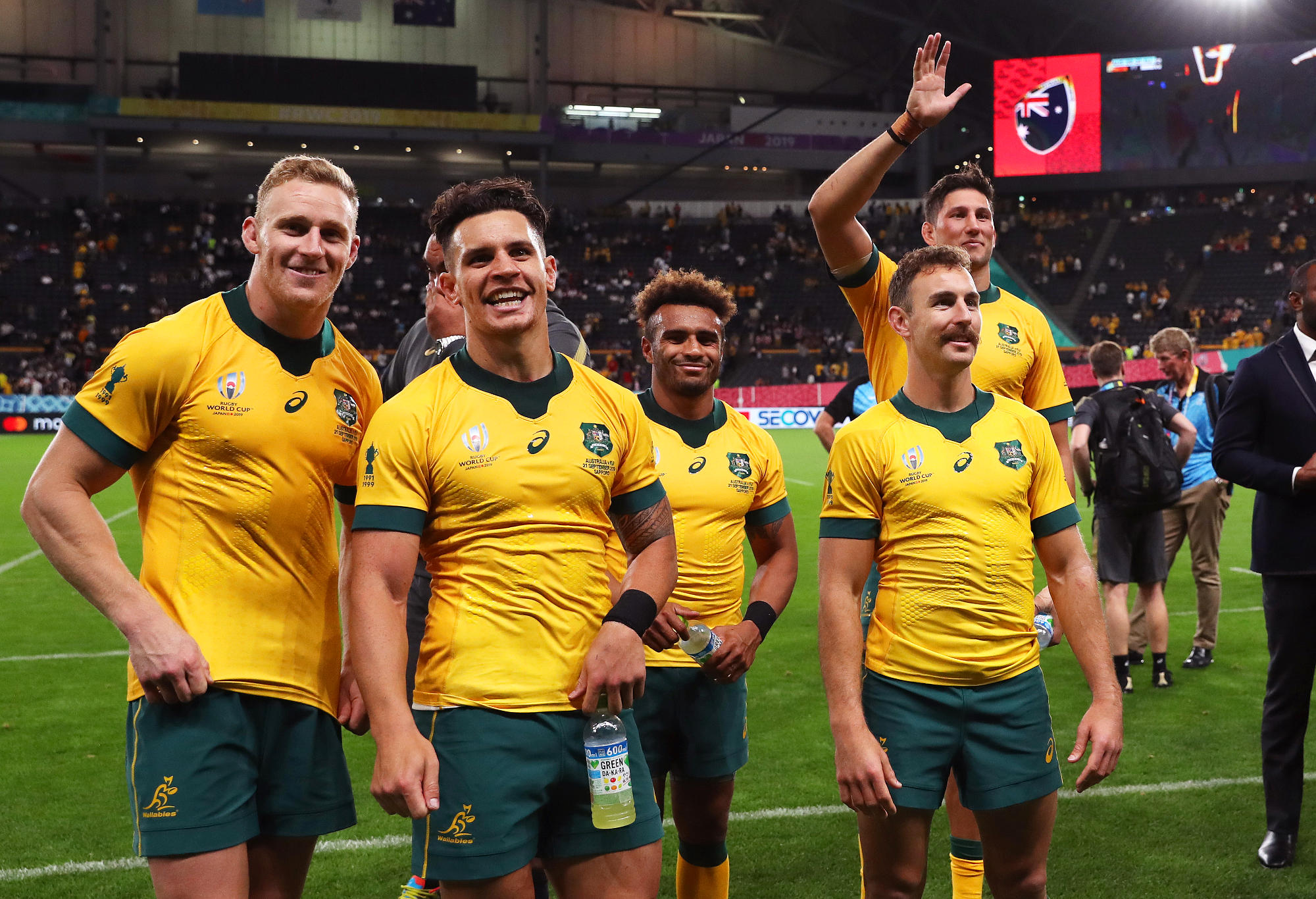 Hodge tackle a test of new directives
I still don’t know what to make of Reece Hodge’s tackle, collision, hit – whatever you want to call it – on Fijian openside Peceli Yato in the 26th minute of the game.

There is little doubt Hodge’s shoulder made contact with Yato’s head, and the backrower failed his Head Injury Assessment.

Certainly, there was plenty of commentary around social and online channels at the time suggesting yellow card at the bare minimum, and red card if viewed to the letter of the law.

Post-match commentary mirrored this, and though English writer Andy Bull deferred to other people’s opinions within his post-match report for The Guardian, his own wording leans in one very clear direction.

“World Rugby’s tackle directives could not be any clearer about a collision like this. Hodge did not use his arms, his shoulder collided with Yato’s head, and, since they had both been standing up, there were no mitigating circumstances,” he wrote.

But for every report and comment like this, there’s another one saying the on-field ruling, and the no further action recommended by TMO Rowan Kitt at the time, was the right call. Equally, social media forensics throw up images and clips that are damning from one angle and exonerating from another.

I don’t believe it was as obvious as, say, the Owen Farrell examples quickly offered up, but I absolutely get the point of view that if the advice from World Rugby is there to crack down on this sort of tackle, then how was it deemed not even worthy of a penalty at the time?

This was Andy Bull’s conclusion, too: “The problem is that what everyone understood to be true from World Rugby’s tackle directives, and what everyone saw play out on the pitch, did not seem to square up with each other.”

Fiji indicated post-match they would refer the tackle to the citing commissioner, and sure enough, World Rugby advised late yesterday afternoon that the Wallabies winger had been cited for “an act of foul play contrary to Law 9.13 (dangerous tackle).”

As I say, I still don’t know what to make of it. But this one incident will certainly make for a very interesting benchmark for the new directive from the game’s administrators, one way or the other.