The sleeping Giants wake up

That team was coached by Mark Williams, with Alastair Clarkson as the assistant, and featured a number of AFL luminaries including Matthew Primus, Gavin Wanganeen, Warren Tredrea, Byron Pickett, Kane and Chad Cornes, Damien Hardwick and Shaun Burgoyne.

Yet despite their dominance, they seemed unable to go all the way.

In 2002 they lost to the Brisbane Lions by 56 points in the preliminary final, in 2003 they were eliminated by Collingwood.

The Greater Western Sydney Giants have not had the dominance that Port Adelaide had in the early 2000s, but they do have the unfulfilled potential.

For the past three years after losing the 2016 preliminary final to the eventual premier, the Western Bulldogs, the Giants have featured regularly in pre-season tips for the Premiership.

Their list is strong – building their team with numerous high draft picks – as well as recruiting experienced players from other clubs such as Phil Davis (from Adelaide), Heath Shaw (from Collingwood) and Shane Mumford (from Sydney, previously Geelong). 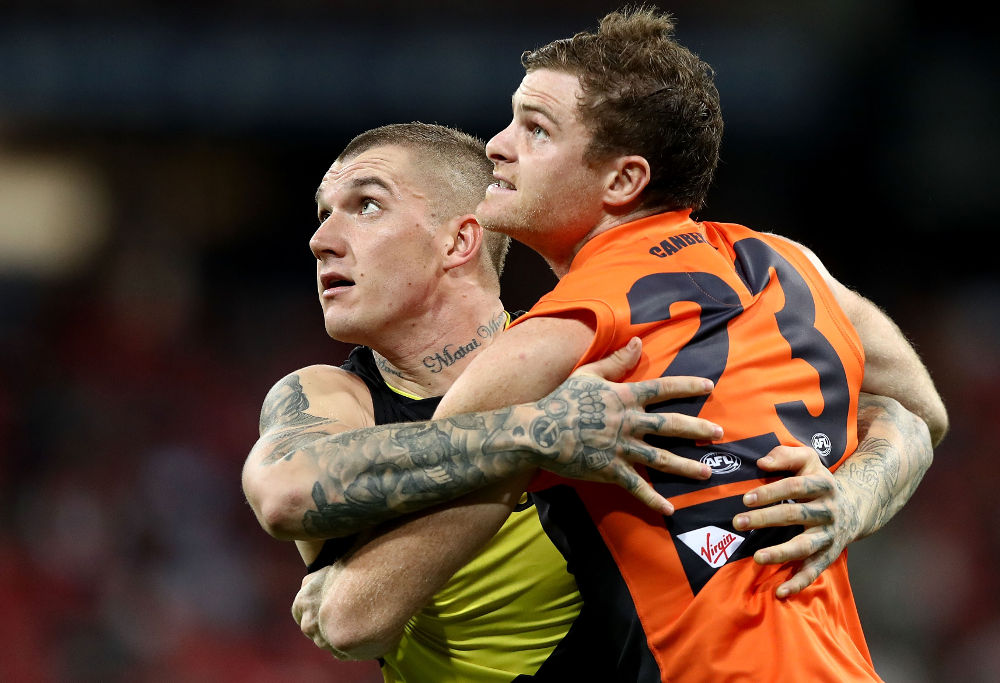 Yet despite this, they have never looked nearer to a flag since 2016.

In 2017, they spent most of the season trailing Adelaide on the ladder until a slump saw them overtaken by Geelong and Richmond.

They were beaten by Adelaide in the qualifying final by 36 points, followed by a 67-point victory of West Coast in an elimination final and then a 43-point loss to the eventual Premiers, Richmond in the prelim.

In 2018, they again started well but quickly fizzled and finished seventh.

They had a stirring win over Sydney in the first week of finals, but then succumbed to Collingwood in the semi-finals.

This year, perhaps it was beginning to look like the GWS dream might die, with Dylan Shiel leaving and Stephen Coniglio and Josh Kelly coming out of contract, while Jeremy Cameron (contracted until end of 2020) has been targeted by other clubs.

Moreover, there was speculation that Leon Cameron’s future was in doubt after failing to get GWS to more than a prelim, as the era of tremendous potential looked like it was going to have been a waste.

After the bye, they were knocked out of the top four by a red-hot Brisbane and they experienced thumpings at the hands of Hawthorn and the Western Bulldogs.

They finished a respectable sixth and most people thought they would bow out in the first week of finals to the Western Bulldogs, who had beaten them decisively a few weeks earlier.

But instead, they flicked a switch and played an aggressive game of football, winning by 58 points.

They travelled to Brisbane a week later where they were underdogs and got home by a nail-biting, three points.

Then of course was the preliminary final against Collingwood at the MCG where, just like their past two games, most bookies had them as 3-1 outsiders.

Instead, GWS were able to win despite Collingwood having all the momentum in the final term, defending the barest of leads while the noise of the Collingwood crowd was deafening. 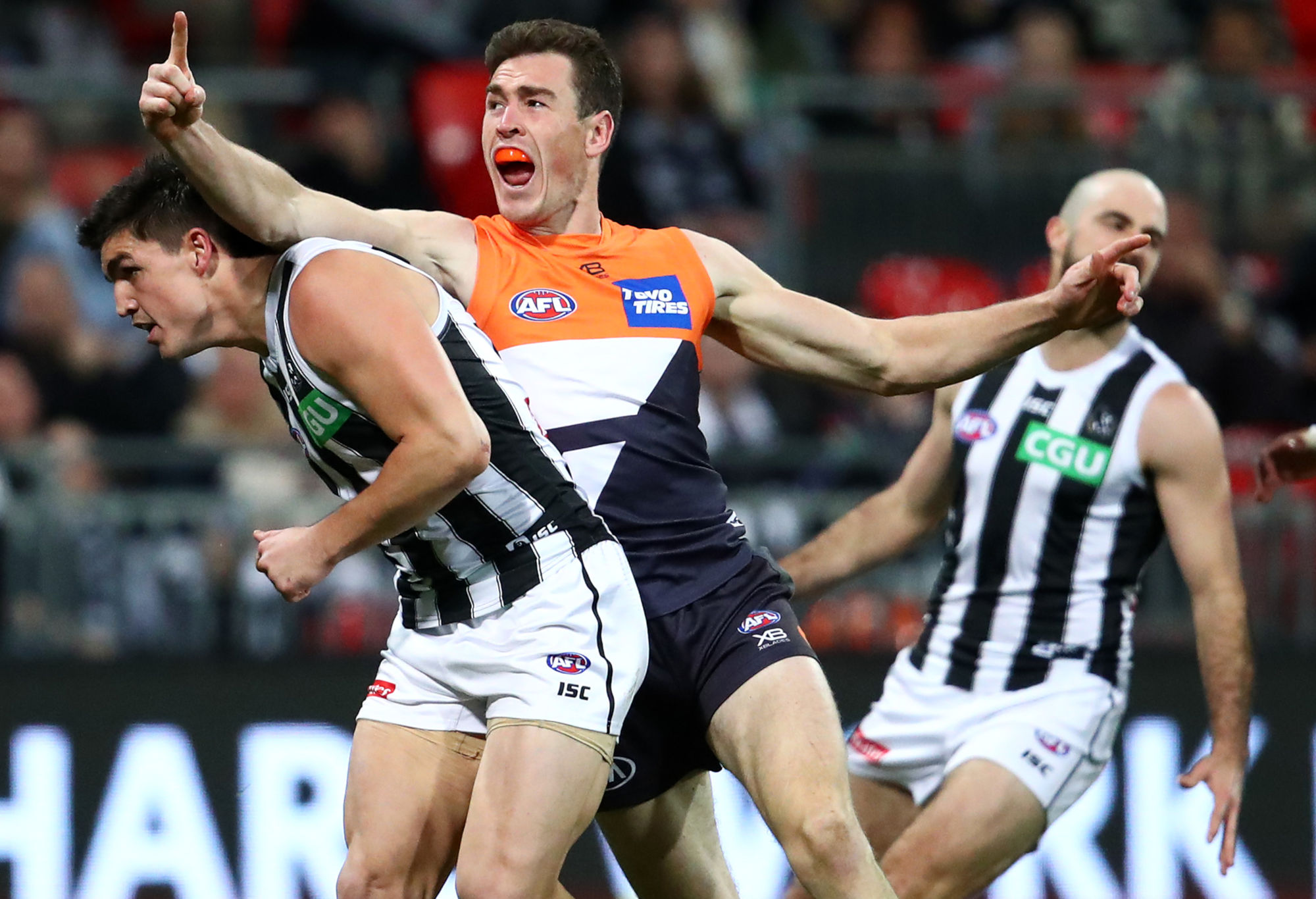 After years of finals disappointment, GWS has become a wrecking ball that won despite being the underdogs in all three games.

Sure, they might have a history of underachieving in finals, but to get this far (in three difficult matches in a row) is incredible and they are now just one win away from a premiership.

Remember that Port Adelaide never made it past a prelim between 2001 and 2003 but then, once making the grand final in 2004, went all the way.

And yes, they will be underdogs against Richmond and deserve to be, but they have been underdogs in their last three matches.

Bear in mind that Port Adelaide were underdogs when they beat Brisbane, the dominant team of that era, in the 2004 grand final.

Richmond have not been as dominant as Brisbane have been between 2001 and 2004 but they have been arguably the best team in the AFL in the two years since they won the flag.

Quite clearly, the Tigers are motivated by regret from losing the prelim in 2018, which robbed them of their expectation of going back-to-back.

But there is an innate egalitarianism in football, just as one team looks to have climbed the highest of heights, another team is there to snatch glory.

If you are a risk-adverse gambler, you should tip Richmond but, as it stands, I think the markets devalue GWS who are 3-1 outsiders on most agencies.

If you look at the last three occasions these two sides met, GWS won two out of three.

Admittedly, neither of GWS’ wins were at the MCG, where they will have to play Richmond next weekend.

But they did beat Collingwood there last weekend, who have a comparable supporter base.

GWS would be one of only three sides (Adelaide in 1997 and the Western Bulldogs in 2016) to win a Premiership from outside the top four but, if they prevail next weekend, that will be only one of many firsts. 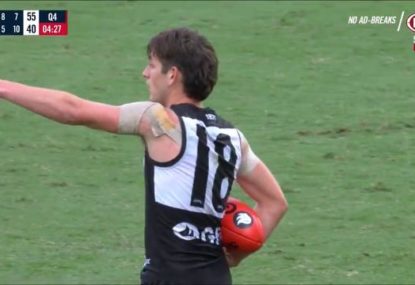