Here is the book on how to play and defeat Fiji: bore them with rolling mauls and set-piece strong-arm tactics and when they tire and become bored go wide to exploit their lack of fitness for 80 minutes, rather than 14 minutes, of rugby.

Under no circumstances try to play open and wide-ranging rugby while they are full of energy and optimism.

So what was the game plan that Michael Cheika gave his Wallabies in the crucial opening match of the 2019 World Cup tournament?

The exact opposite to playing by the book to defeat the exuberant Fijians.

It beggars belief that this elementary game plan that people who are paid a massive amount of money to know these things and to implement them into the Wallabies game plan, somehow did not know this.

What was in Cheika’s mind when he laid down this rugby equivalent of the Charge of the Light Brigade game plan for the Wallabies?

It is hard to guess what goes on inside the head of the Wallabies coach. But my guess is that Cheika is annoyed, to be it mildly, at the suggestion made after the lacklustre Test against Samoa by Stirling Mortlock that the Wallabies were a ‘one-dimensional’ side in attack.

Cheika’s response to Mortlock was typical of his inability to consider the implications of what he says when he shoots off his mouth: “I didn’t see his comments but I don’t agree.”

The coach won’t allow any criticism of the Wallabies and the way they perform, even when that criticism is well-judged and intended to help the side rather than undermine it.

So the Wallabies went out, like the Light Brigade riding full pelt into the ‘valley of death,’ and from the start of play against the Fijians ran the ball from side to side, made mistakes with their ‘one-dimensional’ (Mortlock was right) play and created a situation where with about 20 minutes to play, Fiji were leading by 21-12, a situation where a fit side would have eased their way to a stunning, upset victory.

In the first half, which ended with Fiji leading 14-12, the Wallabies had 69 per cent possession and 63 per cent of the territory.

They were saved from a total scoreboard disaster by the fact that the Fijians actually kicked away, mainly by Ben Volavola, a lot of the ball, gaining 378m in yardage off the boot to the 186m gained by the Wallabies.

The much-vaunted, by Cheika, ball-in-hand game ended up with the side giving up a dozen or so turnovers, 23 missed tackles in the match (against a side that had less than 30 per cent possession) and conceded not long after half-time the most points scored by a Fijian side against the Wallabies, 21 points, since 1985. 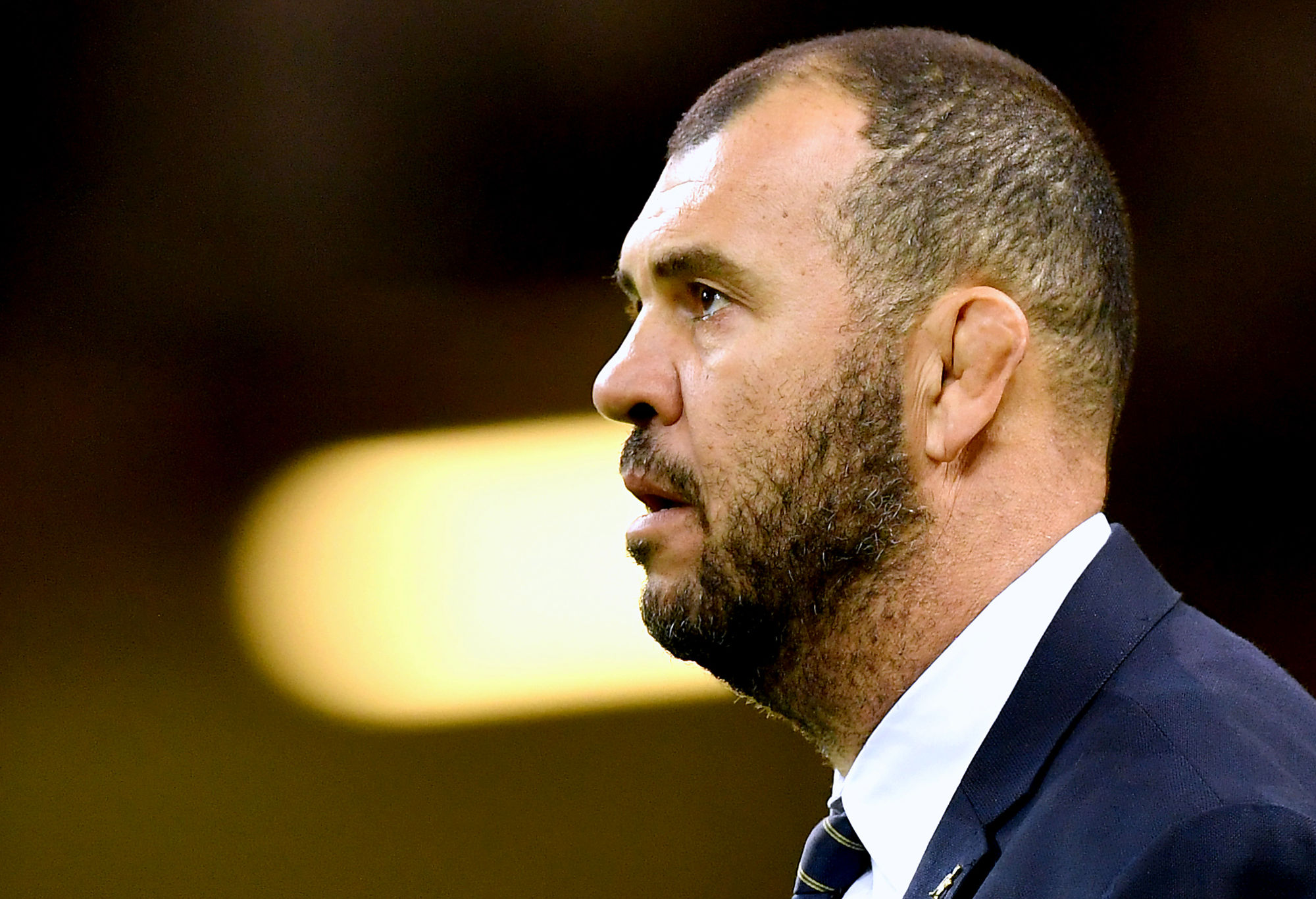 When the Wallabies finally started to muscle the Fijians around with driving mauls, big forwards smashing through the middle of the field and physicality in the lineouts and scrums, the Fijian resistance collapsed.

Four tries were scored in the last 20 minutes of play.

On paper, at least, the 39-21 scoreline seems like a comprehensive victory for the Wallabies. But the scoreline flattered the Wallabies who were saved, in the end, by the fact that the Fijians, who have played only 23 Tests since 2016 to the 47 by the Wallabies, were not as Test-fit in body and mind as their opponents.

The other big talking point to come out of the match was whether that Hooper – Pocock dual flanker system worked or not.

In my view, the system did not work.

And the problem was not Michael Hooper but David Pocock.

Compare his number 6 play with that of, say, Ardie Savea.

There is no real comparison between the two performances. Savea was dynamic over the ball, tackling and running.

Pocock was none of these things. He had no physical presence, either on attack and defence. He was penalised three times for trying to make turnovers. And because the two flankers contribute nothing in the lineouts, the Wallabies, with a jumper short, had occasional problems at lineout time.

I have said many times and say it again, Pocock’s best use for the Wallabies is to come on some time in the second half and play flat out, rather than the one slowish speed he used against Fiji to go the full 80 minutes, and have a decisive impact, especially with his offensive-defence, on turning around a match, if this is necessary.

Michael Cheika was critical of the match referees for unfairly penalising Pocock in his turnover attempts. He suggested that there was a lot of talking by the officials about the legality of Pocock’s method.

First, Cheika is making the task of the Wallabies winning the World Cup harder than it is right now by singling out referees as a major opponent for his side. No other coach does this. And nor should any coach.

Second, it seems to me from the refereeing so far, with no whistle-happy refereeing going on as it has in previous World Cups, that World Rugby has sent out a message, discreetly no doubt, that the World Cup tournament is a showcase of how exciting big-time rugby can be rather than a platform for a whistle happy referee showing off his knowledge about the more arcane elements of the laws. 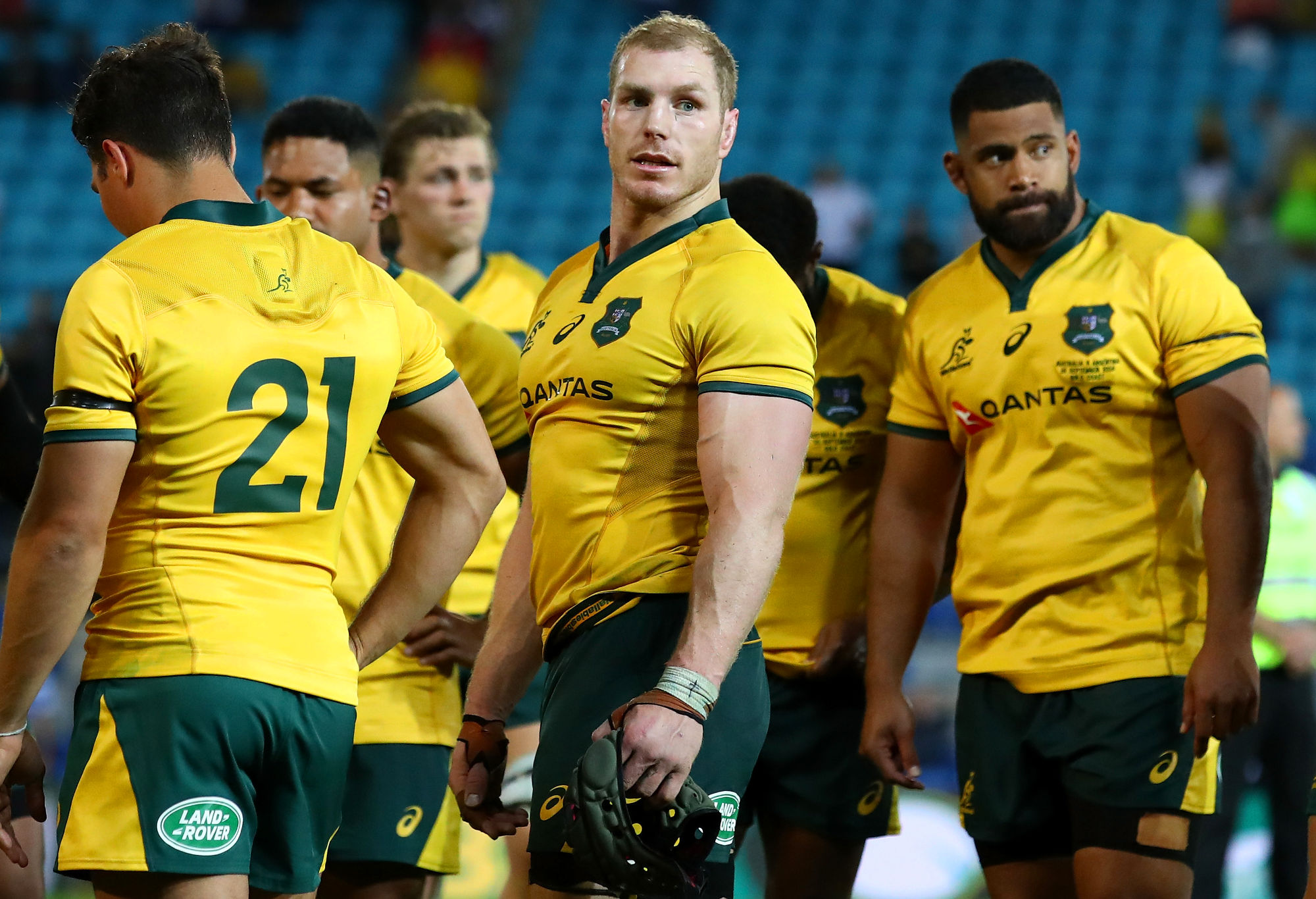 Now, after all of this, some praise for the Wallabies and for the coach.

After the Test against Samoa, Paul Cully, a shrewd observer, noted in his Tight Five column of September 9, 2019, that “if there was any doubt about the vulnerability that lurks within this Wallabies side, it was a disappointing second half. There is a temptation simply to brush it away but two weeks out from the World Cup, the Wallabies’ lack of consistency remains a concern.”

In my opinion, this concern was answered by the dynamic play of the bench, especially from Will Genia who was so impressive that there needs now to be consideration to start with him and use Nic White as one of the finishers.

Moreover, the controversial expedition to New Caledonia in search of a really fit Wallabies squad seems to have paid off.

And it was in the last 20 minutes, a period of time when the Wallabies in the past have faded into oblivion, when the team piled on the points.

The searing run by winger Marika Koroibete to score one of the great World Cup tries came in this period late in the game when, in the past, the Wallabies were running out of gas rather than steaming forward as they did to the consternation of the Fijians.

Brett Harris, also points out, in an interesting wrap-up article for The Guardian that the “Wallabies coach Michael Cheika made a positional switch in their opening World Cup game against Fiji in Sapporo which not only helped them come from behind to win, but could be an important pointer for the rest of the tournament.”

That switch was to move James O’Connor to inside centre and Samu Kerevi to outside centre.

The point, which I agree with, is that if the Wallabies want to play a wide game the plan will work better with two playmakers working in, say, the old New Zealand five-eighths system as England do now with George Ford and Owen Farrell.

As an old-timer, or to put it better a very old-timer, I love the way O’Connor passes with his weight on his inside leg which has the effect of straightening up the attack. This used to be the method used by all backs before the modern tendency of flip passes, the spin pass and the shovel pass.

It was noticeable to me how O’Connor’s passing method automatically straightened up the Wallabies attack and, in turn, made it more difficult for the Fijians to counter. 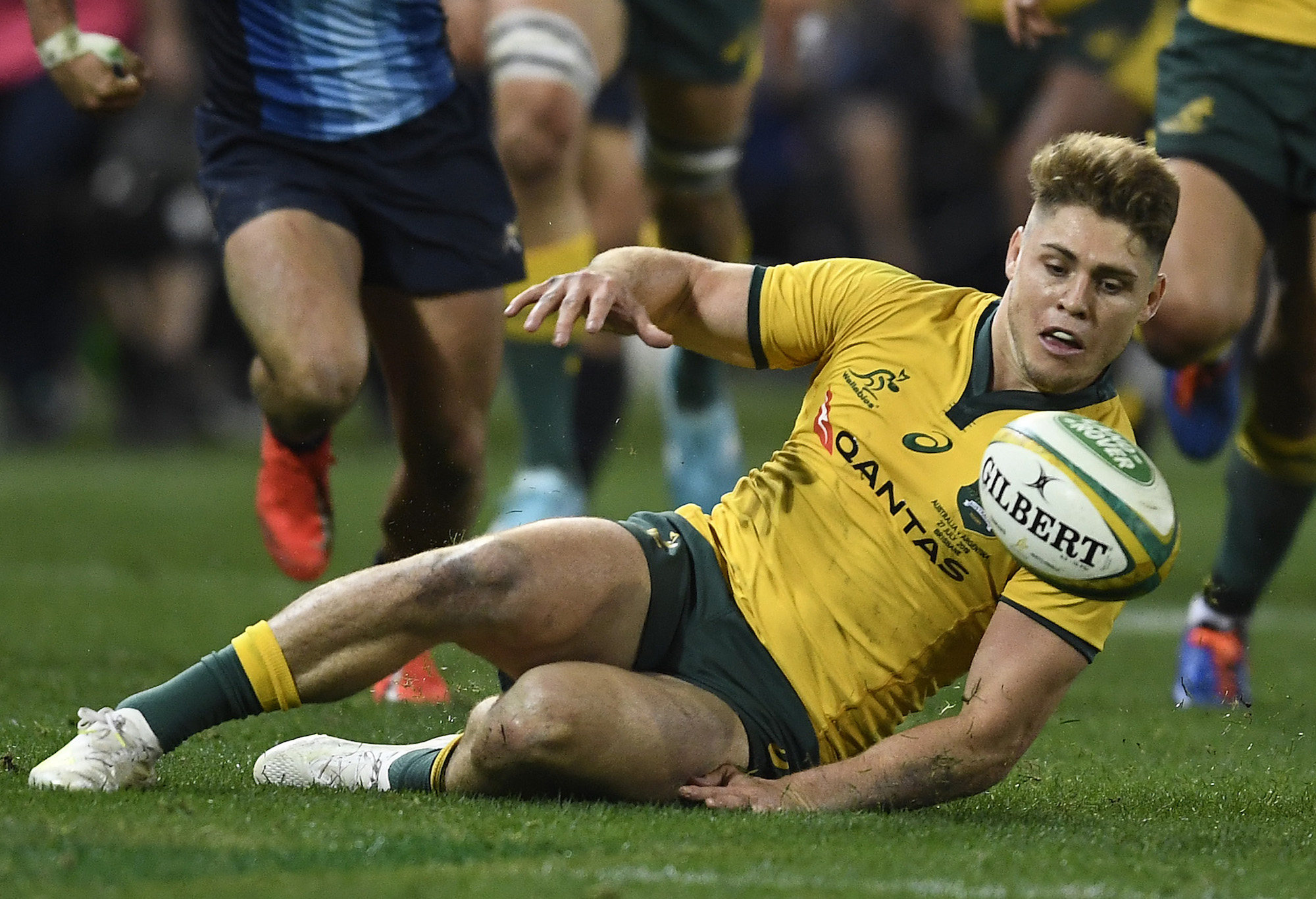 So if I were marking the Wallabies I would be generous and award a 7 out of 10.

In the end, winning with a bonus point a match that many (but not me) believed could be a possible loss represents the job done, well enough.

There is another matter, though, I would like to end this article discussing. That matter concerns the future of the excellent coach of Fiji, John McKee.

On Saturday, in most of the media, there was a nicely timed leak that the Waratahs had not even bothered to even interview McKee for the job of coaching the Waratahs next year.

McKee is, admittedly a New Zealander, but he has had considerable experience coaching in Australia. He was a successful coach of Norths in the Sydney rugby competition and coached the Central Coast Rays to win the inaugural Australian Rugby Championship in 2007.

His coaching of Fiji to victories over Italy and France and the spirited 60 minute onslaught against the Wallabies suggests that he has a lot to offer the Waratahs, a franchise that is crucial to the success of the Wallabies and which has been poorly served by the current coaching staff.

So it was distressing that the NSW Waratahs did not even interview McKee for the coaching job on the grounds, according to the chairman Roger Davis, that “there were three to four key dimensions and he was cut out on that basis.”

This insult compounds the earlier insults when he was overlooked in the past by the NSW Waratahs.

But what were the ‘key dimensions’ that McKee did not come up to scratch on?

I am hoping that one of them is that he is in line for the job of coaching the Wallabies.

This sort of intelligent selection of coaches, both for the Wallabies and the Super Rugby franchises, does not happen in Australian rugby, I acknowledge.

So, for once, let us hope that the right thing is done by John McKee by Australian rugby.