The Roar
26th September, 2019
1
Join the conversation
4348 Reads
Advertisement
Write for The Roar

The biggest day on the AFL calendar is here, with the Richmond Tigers set to take on the GWS Giants in their first ever grand final appearance. While that game headlines the day, AFL grand final day has plenty else on, and with The Roar’s full guide, you won’t miss a thing.

The AFL grand final itself is set to get underway with the first bounce on the Melbourne Cricket Ground in front of almost 100,000 fans at 2:30pm (AEST), however, there is plenty happening on what will be a long day for AFL fans.

The first gates (being the MCC reserve) to the MCG open at 8am (AEST), six and a half hours before the game gets underway.

The remainder of gates will open at 9:30am (AEST), with a curtain-raiser match – the under 18 all-stars game – to get underway at 10am (AEST) as the crowd builds.

That game is scheduled to conclude at around 11:55am (AEST), with the AFL grand final team sheets then to be confirmed 90 minutes before the match starts, and the teams to enter the MCG just a handful of minute later.

Should the game go more or less as expected, halftime will be at around 3:35pm (AEST), and the decider should finish at around 5pm (AEST), with the post-match presentation to follow shortly afterwards.

All times AEST
Note – all times are subject to change. Times in game will depend on actual quarter length and any possible extra time required should scores be level at fulltime. The quarter-time and three quarter time breaks will both be six minutes, and halftime 20, regardless of game length.. 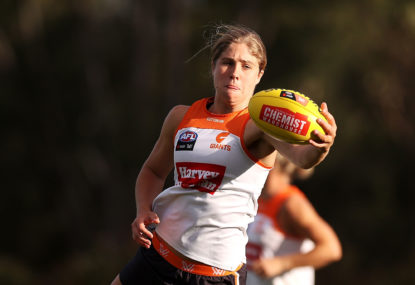