The Wallabies have lost to Wales 26 to 22 in an absolute thriller as the two big dogs of Group D went head to head.

This was picked as the game that would decide who would win the group and get the ‘easier’ quarter-final, and both sides played with an intensity that respected the importance of the game.

In true sporting cliche it was a game of two halves. In the first the Wallabies just couldn’t seem to get into the game for any decent periods and they were always on the back foot.

The Welsh kept stinging them and started with a drop goal in the opening seconds of the match that the Aussies certainly wouldn’t have expected.

Minutes later the Welsh were 10 up after a lovely cross-field kick found Marika Koroibete struggling and Hadleigh Parkes took advantage of his superior aerial ability.

Australia did strike back pretty quickly with their own cross-field kick strategy working well when Bernard Foley found Adam Ashley-Cooper out wide.

The old campaigner stepped back inside, rode a tackle and dived over for the score.

But the conversion was missed and the Welsh just kept coming at the Aussies. There were a number of moments where the Wallabies will feel as if they got the rough end of the stick from the ref as decisions went against them and Wales took full advantage using their penalties to gain both territory and points.

Just before halftime, Wales were able to score ten points in two minutes. First a penalty goal, and then a heartbreaking intercept try where the Welsh scrum-half Gareth Davies picked off a long pass from opposite number Will Genia and sprinted clear to score a run away 70m try. 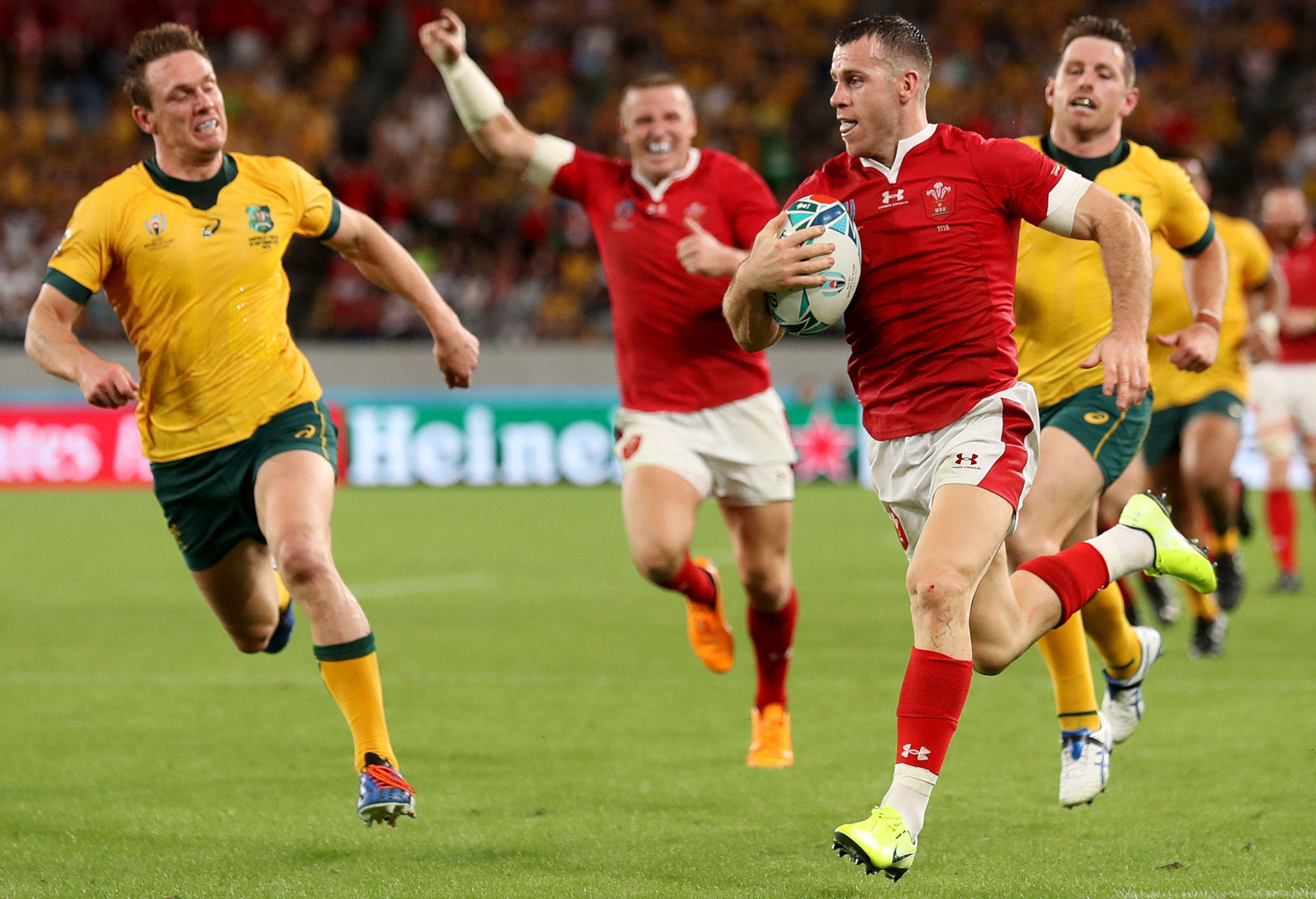 Australia had to score first in the second half – but they didn’t. Another Welsh drop goal stretched the lead out even further and it looked like the Wallabies were sunk.

But with one key decision things changed – Bernard Foley went off and Matt Toomua came on and in seconds he was having a huge impact.

The Rebels No.10 was able to play much flatter than Foley and really challenged the Welsh line. Soon after he came on, he made a couple of breaks that led to a lovely score by Dane Haylett-Petty.

His whole game was well above the standard that Foley had been delivering and the Aussies started to believe.

Wales tried to withstand about 20 minutes of brutal Australian hammering and while they did their best, eventually their resolve failed and Michael Hooper was able to score.

All the momentum was with Australia and it looked like almost a certainty that they would get the win.

Will Genia will be frustrated with his own performance – it was much talked about how Cheika had changed the halves for this game and to be fair neither Genia nor Foley really had good games.

He almost gave away a second intercept try to Davies again in the second half and there will be a lot of scrutiny at his speed of delivery in the post match analysis.

In the end the Welsh were able to wrestle back just enough control to slow the Wallabies come back. They managed to get a penalty towards the end that stretched the lead from one point to four points and then they played a canny game at scrum time to let the clock run down.

Both teams will be able to find positives from today’s game however the harsh reality is that the Wallabies were their own worst enemy too often.

They turned the ball over 17 times and left points out on the field. With a game that was won and lost by four points those are crucial stats. 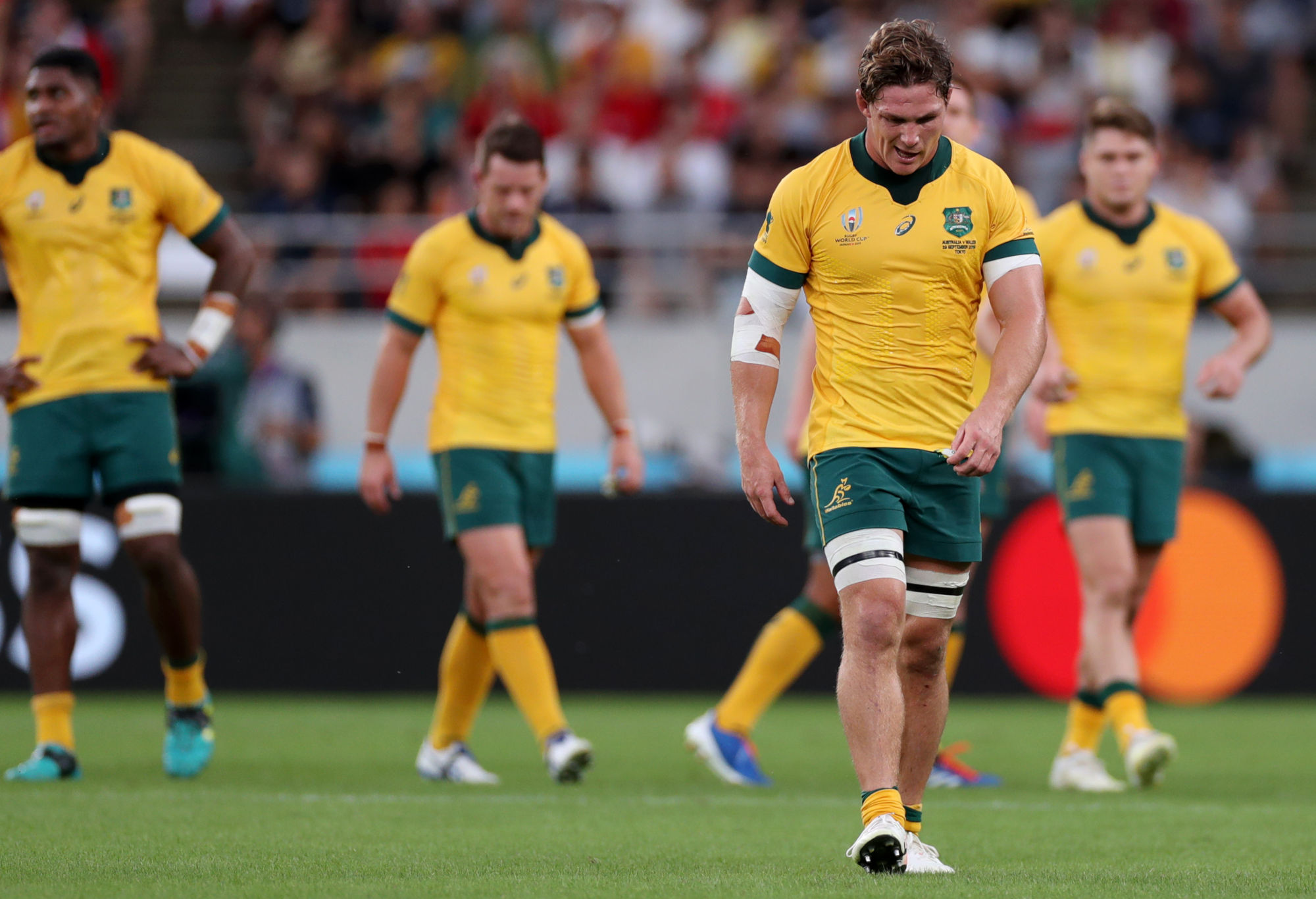 Michael Cheika is going to come under a lot of scrutiny for his decision to bring in Genia over White and Foley over either Toomua or Christian Lealiifano. It didn’t work and in fact it cost the Aussies a lot in the end.

There were some really good performances from players like Tolu Latu who threw accurately and ran with real power in the loose and Isi Naisarani was a real handful.

Pocock and Hooper were their usual impressive selves but Australia could have done with some more from Pocock – he’s such a good player that they really need him to dominate every game.

Yes there will be discussion over the ref, but if the Wallabies try to blame Romain Poite for losing this one then they are really jeopardising their World Cup campaign.

There are some lessons that need to be learned and learned quickly.