Mark Rudan and Western United will surprise many this season

The new A-League season will commence in 12 days’ time, with the new boys on the block – Western United – making their first appearance in the competition a few days later against the Wellington Phoenix.

When the new expansion clubs were announced in December 2018 by Football Federation Australia, I was perplexed that Western Melbourne Group (now WUFC) and Macarthur South West Sydney (now Macarthur FC) won the bids, considering there were strong opportunities to expand into Canberra and Wollongong. Nine months later, it has been full steam ahead at Western United with a flurry of signings and stadium developments along the way.

Most notable has been the signing of Mark Rudan, who got the Nix playing some of the best football seen from the Kiwi team for a number of years.

With his experience at Wellington and at NSW NPL outfit Sydney United, Rudan has evolved into one of the best Australian coaches. As the inaugural Western United coach, Rudan has managed to bring in an impressive group of players to a club that is starting from scratch with the likes of former Italian international and Serie A verteran Alessandro Diamanti, Greek international Panagiotis Kone and Kiwi international Andrew Durante, who was lured back to Australia after 11 years playing in New Zealand.

If you look through the complete roster of Western United signings, there is a mixture of A-League experience and youth from local state football competitions. You get the impression that Western United want to make a mark on the league, and they have done so by managing to pull off the ultimate signing: Besart Berisha.

After being released by Japanese club Sanfrecce Hiroshima, there was talk that both Melbourne teams were battling it out to sign the veteran striker. In the end, it was Western United that won his signature. This already signals the club’s intent to match it up with the big boys. 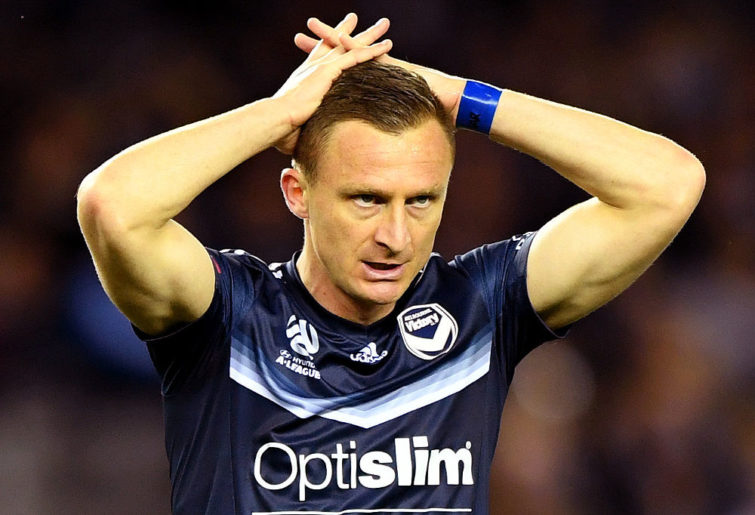 The A-League’s top goal-scorer of 116 in 186 games seems to be the final piece of the jigsaw puzzle for Rudan and Western United, with a strong defence showcasing Ersan Gulum, Brendan Hamill and Ivan Vujica, who will partner up with Durante and Filip Kurto in goals.

In midfield, there will be an opportunity to let loose Rudan’s European talents, who will provide support to Berisha, Connor Pain and Scott McDonald. The coach and the team behind the scenes at Western United have done well with their signings that will go head to head with strong establishment clubs like Sydney FC and Melbourne Victory.

All of this will make for an interesting season with new head coaches at several clubs. Gertjan Verbeek, who has taken over the reins at Adelaide United, has managed the likes of Feyenoord and AZ Alkmaar. English legend Robbie Fowler has returned to the A-League at Brisbane. Alen Stajcic has the task of trying to rebuild the Central Coast Mariners. Erick Mombaerts will bring his experience with French youth teams to Melbourne City. Marco Kruz will attempt to put his mark on the Melbourne Victory. Ufuk Talay will try and continue the success Rudan had at Wellington.

Different tactics, different styles of play, different philosophies. The way football should be!

All of this should lead to one of the more exciting A-League seasons in the last few years. Once Macarthur come into the fold next season, it will make the league more enticing to watch again. The added spice of having three Melbourne and Sydney derbies will surely bring more attention to the sport by those who follow other codes such as rugby league and AFL.

More importantly, I’m looking forward to seeing how this Western United outfit will perform week in, week out with Rudan at the helm.

Will the team click instantly? Will they struggle? Can Rudan get the best out of his players?

Looking at the current team on paper, I wouldn’t be surprised if we see them in a play-off spot towards the end of the season. It happened when Western Sydney Wanderers arrived in the competition. I don’t see why it can’t happen for Western United.

Western United will steadily build upon its fan base over time, especially once they have moved into their purpose-built stadium – the envy of any football team in Australia.

I can’t wait until we see the A-League back on our screens with a promising season ahead.