Young gun Ben McDermott is continuing to push his case for further international opportunities, while his veteran team-mate James Faulkner is reminding the Australian selectors he shouldn’t be ignored. These are two of the talking points emerging from the ongoing Marsh Cup domestic 50-over competition.

McDermott vs Heazlett – who is the better international prospect?
Ben McDermott had a shambolic start to his international career. After making his Australian debut in T20 internationals last October he was run out in each of his first four innings, with three of those dismissals being his own fault. Across his eight T20Is last year he failed to make an impact, scoring 72 runs at 14 as he batted in four different positions in the order – four, five, six and seven.

Whether he can become a high-class middle-order batsman in the shortest format remains unclear. What is becoming increasingly obvious, though, is that he has enormous potential as an opener in 50-over cricket.

The 24-year-old Tasmanian has played several very different roles across all formats, from a keeper-batsman down at seven in the order to a specialist middle-order batsman and an opener. This chopping and changing cannot have helped him. 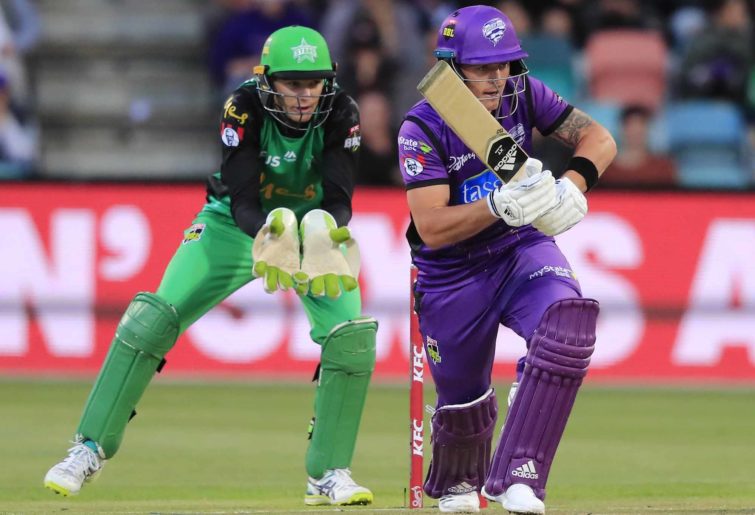 Ben McDermott has impressed for the Hobart Hurricanes in the Big Bash. (AAP Image/Rob Blakers)

What has assisted him is the stability of being entrusted with the opening role in 50-over cricket for Tasmania.

McDermott yesterday notched a third ton from just 17 List A matches, making 103 not out against a strong South Australian attack to steer Tasmania to victory. After bowling with discipline to restrict SA to 9-228, Tasmania chased that down with five wickets and 22 balls to spare in the Marsh Cup.

It was a calm, well-paced knock from the youngster yet it was also decorated by a clutch of sumptuous strokes.

McDermott has the capacity to tee off – he’s proven that time and again in T20 cricket. His restraint at the top of the order in List A cricket is just what Tasmania have needed given the inconsistency of the remainder of their batting line-up.

McDermott’s composure has helped him build an imposing List A record – 858 runs at 57.

With Aaron Finch, David Warner and Usman Khawaja all to be pushing 36 years old when the next World Cup rolls around, Australia may well have two new openers in that tournament. In the short term, McDermott and Queensland’s Sam Heazlett shape as the two best options should Australia wish to trial some fresh blood in their ODI top order.

Heazlett yesterday crunched 88 as Queensland made 9-322 before skittling Victoria for 168. He is the top run-scorer in the Marsh Cup to date, with 209 runs at 70, and has a very similar List A record to McDermott with 957 runs at 56.

The Queenslander is comfortably the more aggressive of this pair in List A cricket. That may also be reflective of the fact his side have a significantly stronger batting line-up than do McDermott’s team, giving him greater licence to attack.

One or both of them could yet feature in Australia’s T20Is against Sri Lanka and Pakistan starting next month.

James Faulkner ain’t finished yet
The potency of England’s tail in ODIs has empowered their top seven to take on the game, safe in the knowledge their lower order can rescue the innings if it goes off track. Australia, by comparison, have got very few runs from batsmen eight to 11 in recent years. The lack of a bowling all-rounder has been telling.

Not since James Faulkner was at his peak four years ago have Australia been as well balanced in ODIs. Faulkner is not the batsman he once was. While he still shows glimpses of his former self with the blade, it is quite some time since he changed the course of a match with his batting in any format. 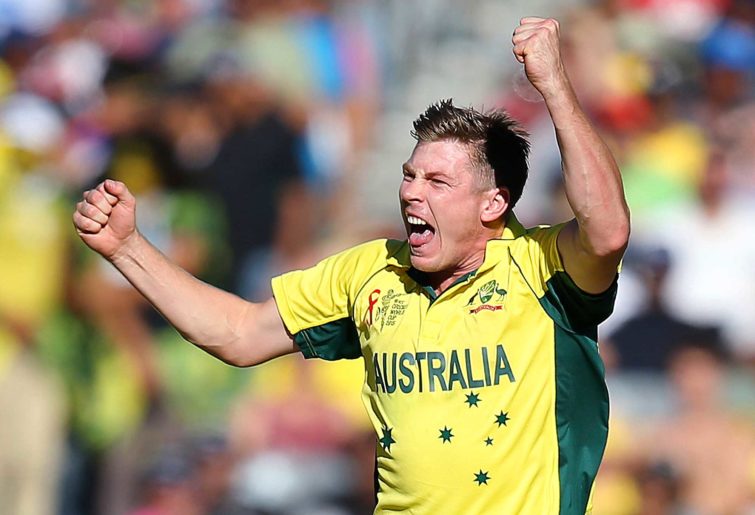 He is now just a solid number eight, rather than a weapon in that position. Faulkner does, though, still offer great value with the ball as he’s underlined over the past year. In this Marsh Cup and in the last BBL he’s regularly had an impact with the new ball thanks to his late swing. The fact he is moving the ball so consistently is a terrific sign for Faulkner, who was never a noted swing bowler.

After taking two wickets in each of Tasmania’s first two matches in this Marsh Cup, he was outstanding yesterday with 3-28 from ten overs. He dismissed Australian players Travis Head and Alex Carey cheaply and is now the leading wicket-taker in the competition, with seven wickets at 16 and a fantastic economy rate of 4.64.

Importantly, Faulkner is a fine option in all three phases of a 50-over innings – he is swinging the ball upfront, has always been excellent in the middle overs, and is an experienced death bowler with a bag of change-ups. At 29 years old he still has a lot to offer Australia in the white-ball formats.

He was harshly dumped from the ODI side two years ago and, despite having a great T20I record, has not played in that format for two-and-a-half years.

Faulkner was dropped from ODIs in October 2017 even though, in his last 15 ODIs, he had taken 26 wickets at an average of 26. His generous experience at international level and in the high-stakes Indian Premier League could be very valuable in next year’s T20 World Cup.

Faulkner should be in strong contention for Australia’s T20I squads to play Sri Lanka and Pakistan starting next month.