Trust me, the A-League will break crowd records in Round 1

Three of the top five best-attended rounds of the A-League have occurred on the opening weekend of a season.

Despite recurring frustrations around the media and promotional silence that often surrounds domestic football’s spring launch and its close proximity to the finales of the winter football codes, the A-League still manages to make a splash in Round 1.

In 2012-13, a total of 93,500 people stormed through the gates to launch the competition. It was the Western Sydney Wanderers’ inaugural season and you might think their first match at Parramatta Stadium may have provided a significant portion of the impressive total.

However, just 10,458 fans turned out to watch their 0-0 draw with the Mariners. It would not take long for those numbers to grow substantially, as the club charged towards the most unlikely of premier’s plates in their first crack at the league.

The Melbourne Derby pulled 42,032 Victorians to Etihad Stadium to see the Heart stun the Victory and solid crowds in Newcastle, Wellington and Perth helped build the largest single-round attendance in A-League history at the time.

The figure was topped the following season in Round 1. Just over 45,000 ventured to Etihad for the derby, Sydney FC and Newcastle Jets pulled 20,103 to Allianz Stadium and the Mariners hosted the Wanderers in a grand final rematch in Gosford in front of 17,000-plus.

The 20160-17 season set a new opening round and all-time benchmark when 106,365 people attended the five matches. While an impressive figure, the 61,880 at ANZ Stadium to watch a stunning 4-0 derby win by Sydney FC against the Wanderers clearly provided the bulk, yet a new record it was.

Last October, just 84,761 people made their way through the gates on the opening weekend. It was something of a disappointment and a foreboding of what was to become another flatline year in terms of bums on seats.

Despite a rejuvenated Perth and Wellington, a late-charging Adelaide and powerhouses Victory and Sydney providing good entertainment on the pitch, average crowds fell further below the 11,000 mark. The last two seasons saw that number sink to its lowest point since 2011-12.

It is far from disastrous, especially considering the nomadic nature of both Sydney clubs and a Melbourne City supporter base that appeared to have seen well and truly enough of Warren Joyce.

So with well-planned scheduling and the eternally springing hope that pervades the air at the start of each season, 2018-19 should produce a new benchmark.

Adelaide United host Sydney FC to open the round on October 11. After a solid fourth-place finish and despite the lack of an imposing and effective presence in front of goal, Reds fans will be excited about their prospects under new manager Gertjan Verbeek. I would expect 10,500 on the opening night in the city of churches.

Saturday twilight will see the long awaited return of the Wanderers to their spiritual home at Parramatta. Judging the mood of the area and after experiencing the sheer brilliance of Bankwest Stadium itself, it seems likely that the red and black fans will re-emerge.

A crowd of 25,000 is not beyond the realms of possibility. Don’t be surprised if it happens. 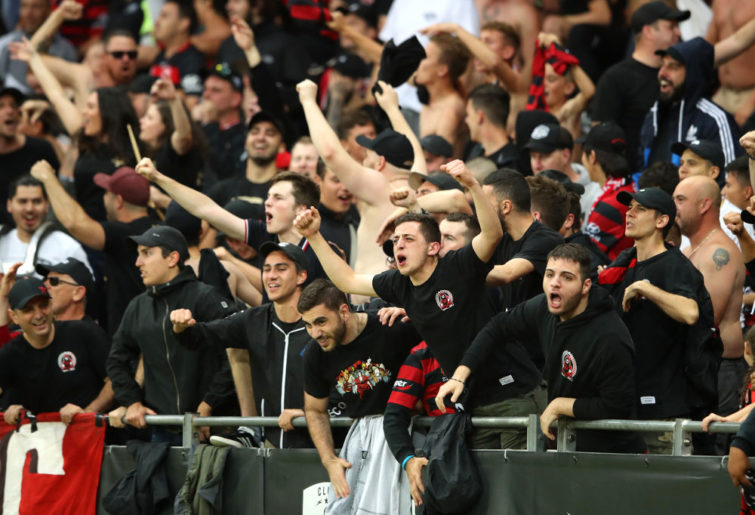 A little spark then returns to the Melbourne Derby at Marvel Stadium. Joyce is gone, City’s new signings hold great promise and Marco Kurz begins his reign in charge of the Victory. The first incarnation of this rivalry in any season usually draws around 40,000. A 2015 semi-final exceeded 50,000.

With such a freshness in the Melbourne City dressing room and, even more importantly, in the fan’s minds, 45,000 should be a realistic number on the opening Saturday night in prime time. Victory will fulfil their part of the bargain, if City do the same it could be a monstrous evening.

Match four is the mystery bet of the opening round. In recent times, a cynic might have suggested that Wellington’s weather and waning support on the back of three years without finals action would probably derail any chance the league had of setting a new record in Round 1.

Yet Mark Rudan rustled up 11 wins for the Phoenix last season, the club made the finals and earned back the admiration and respect of the local fans. Average crowds of 8533 were a big improvement and the hope of opening day should see Ufuk Talay’s team draw at least 10,000 into Westpac Stadium.

That leaves the people of Perth responsible to round out a record breaking weekend at HBF Park on Sunday afternoon. With Robbie Fowler’s Roar visit in front of the large numbers of English expats in the west, plus the home fans being keen to celebrate the premier’s plate winning season of 2018/19, a bumper crowd could be in the offing.

Despite averaging crowds of 13,705 in 2018/19, over 17,000 filed in for the Round 23 clash with the Victory. Should Bruno Fornaroli, super coach Tony Popovic and the promise of another stellar season reproduce that figure, the overall record is within grasp should my calculations be somewhere near the money.

Sure, the weather will need to be onside, yet it would be a cracking start to the season.

If we all get out there, it just might happen.