Axed Test batsman Usman Khawaja has sent a resounding message to the Australian selectors with two centuries for Queensland.

Usman Khawaja is on a mission
Fresh from being dropped from the national team, Khawaja has made a stunning return to domestic cricket.

After making 138 in his first game back for Queensland after the Ashes tour, Khawaja yesterday glided to 112 against Victoria in St Kilda before the home side won in a canter thanks to 188 not out by Aaron Finch.

That continues Khawaja’s incredible year in one-day cricket, having piled on 1335 runs at 56 after having a breakout season in ODIs.

Over the past decade, no other batsman has dominated Australia’s domestic 50-over cricket to the same extent, as Khawaja has churned out 2496 runs at 58, including nine tons from just 44 matches.

While running amok in the Marsh Cup may not help Khawaja regain his Test spot, it certainly won’t hurt. The Australian selectors have long been swayed by one-day form when considering red-ball selections. If Khawaja backs this up with runs in the Sheffield Shield, which kicks off next Thursday, he deserves to be in Australia’s starting XI for the first Test against Pakistan.

What has complicated matters is the strong claim staked for the Test No.3 spot by youngster Marnus Labuschagne. The Queenslander comfortably outbatted Khawaja in England and may be wanted at first drop.

Khawaja has long been an opener in List A cricket but has had limited opportunities in that role at first-class and Test level. As the Bulls’ captain, he may pull rank next week and open in the Shield, forcing one of the two regular openers – Joe Burns and Matt Renshaw – to slide down the order.

Cricket Australia is known to exert influence over the make-up of state line-ups. So if Khawaja does open in the Shield, that may well be a sign he is being considered as a partner for David Warner in the first Test. In the meantime, Khawaja needs to keep hoarding runs in the Marsh Cup to ensure he is picked for Australia’s next one-day series against India in January. 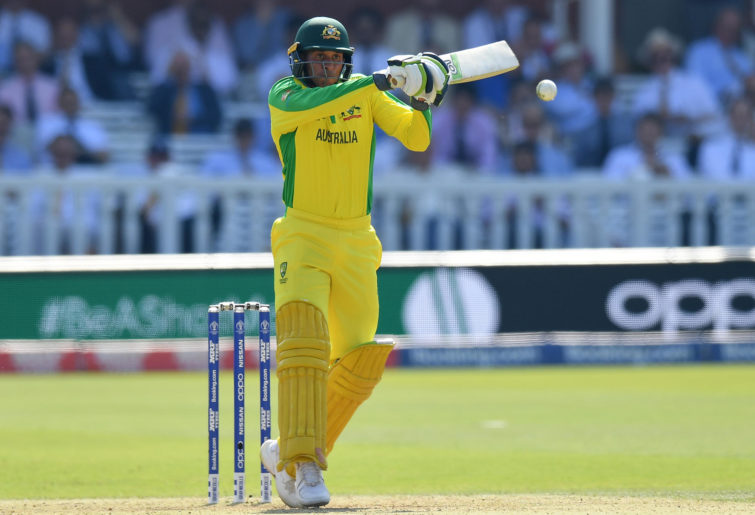 Jhye Richardson is almost back to his best
In his first game back from a serious shoulder injury that probably denied him debuts in the World Cup and the Ashes, Richardson lost the plot.

On a flat WACA deck, Richardson tried to blast through a star-studded Victorian batting line-up with nothing more than pace. As he appeared to strive for extra speed, he lost his trademark accuracy and neglected his effective changeups.

In other words, Richardson became hittable.

He promptly bled 64 runs from his five overs, the worst outing of his young List A career. At one point he lost his cool with Australian teammate Glenn Maxwell, after the Victorian hammered him for a sequence of boundaries.

This was not the Richardson that Western Australia fans had come to know and admire. He is not a hothead and long ago recognised that precision should not be sacrificed for raw pace.

While his skiddy speed is definitely an asset, it is his accuracy, swing, changeups and calm temperament that have made him an elite prospect.

To Richardson’s credit, he quickly regained his composure, bowling brilliantly in his second match. The 23-year-old operated with suffocating accuracy, offering the Tasmanian batsmen almost nothing to hit as he grabbed 3-23 from ten overs.

Then, two days ago, he was once more WA’s best bowler against New South Wales, collecting 2-36 to continue his return to form.

Richardson has the ability and temperament to be a key bowler in all three formats over the next decade. He has been outstanding in his brief ODI career, with 24 wickets at 26, and was hugely impressive in his two Tests last summer.

It will be fascinating to see if he can maintain this upward curve into the Sheffield Shield.

Australia already have a logjam of quicks competing for a spot in the starting XI for next month’s first Test against Pakistan. While Pat Cummins is a lock, there could be four bowlers vying for the other two pace positions: Josh Hazlewood, Mitchell Starc, James Pattinson and Richardson.