The Mounting Yard is back and this week we head to Flemington for Turnbull Stakes day.

The likes of Mystic Journey, Mr Quickie and Hartnell face off in the Turnbull, while there are four other group races on the program, headlined by the Bart Cummings, which is a ballot exemption race for the Melbourne Cup.

The rail is out nine metres for the entire circuit and the track will be a Good 4 come the first race. Let’s get into it!

Race 1
The first on the program is the Maribyrnong Trial Stakes over 1000 meters for the two-year-olds. This isn’t a race I’m too keen to play in, but you would have to have Divine Caprice on top. She was fantastic on debut behind Mildred, who she again meets here. She was held up for a while in that run and really motored home to go down by a long neck. Stepping up to 1000 metres is a positive, and with better luck she should be winning.

Mildred is next best. She was good on debut beating Divine Caprice and she has the race (and winning) experience over the rest of this field. She draws to get a brilliant run again. Boom Daddy and Deep Speed are bred impeccably and have to be respected out of good stables.

Race 2
The Paris Lane Stakes at Listed level is the next race on the program. I’m happy to play around two runners here, and one of them is Romancer. He has been in brilliant form of late, running both Vinland and Rox The Castle to within a length. He beat Gold Fields, who was a subsequent winner in his next start, two starts back and had no luck at all last start. In a race without any speed at all he will jump and run from the inside gate and be very hard to get past.

Music Bay looks the big danger. She was a Group 2 winner in South Australia last preparation and her first-up run was excellent. She travelled three-wide the trip there and still fought on to run within a length of the talented My Pendant. She will sit on the speed in a race without much speed and be there for a long way.

Debt Agent seems to be the best of the rest. He’s a listed level winner in Singapore, and if he can bring that form over here, he can definitely figure.

Recommended bet: Win bets on both No. 6 Romancer and No. 7 Music Bay

Race 3
The Poseidon Stakes at listed level is the next on the program down the Flemington straight. The favourites in Brooklyn Hustle and Wayupinthesky represent no value here and I’m prepared to spec Lucifer’s Reward at odds. He is just a trier, this horse. He won impressively over Sun City and Ginny Ann when resuming and he was far from disgraced behind the very talented Garner a fortnight ago. He has a fitness edge over most of these and continually flies under the radar.

Beyond him, Pin Sec can run a big race every couple of starts. She won the Black Opal last preparation in brilliant fashion before struggling in the autumn Group 1s. She was good on resumption and can figure off a hot speed. Sebrekate is always honest and can’t be dismissed.

Recommended bet: Each way play on No. 4 Lucifer’s Reward

Race 4
The Blazer Stakes over 1400 metres at Group 2 level is the next race to dissect. It’s a very tricky race, but it’s hard to go past the favourite, Fidelia. She was brilliant last preparation, winning four races in a row, and her two runs this preparation have been fantastic. She arguably should have won the Let’s Elope against a very similar field that she faces here, and the wide barrier actually helps her as she should have plenty of room down the middle of the track.

Haut Brion Her could be worth saving on. She maps to get a brilliant run out in front without any pressure and she is a mare of high quality. Pohutukawa and Savatiano are the Sydney visitors who have claims.

Recommended bet: Win bet on No. 8 Fidelia with a saver on No. 9 Haut Brion Her

Race 5
The Super Impose Stakes over 1800 metres at listed level is the next. I like two at double figures here and one of them is Long Jack. I had him as my best on the program at Caulfield after a commanding display in a maiden at Ballarat. He ran second at listed level in New Zealand before coming out here, but I don’t think he was really instructed to win last start. He got back and hit the line hard, though, and I would expect a better effort stepping up in trip and at Flemington.

Serious Liaison is the other. He finished impressively at Bendigo to beat Southern Moon, who was unlucky in the Derby Trial, before being unlucky himself not to finish closer in the same race. The barrier is a concern, but Damien Oliver on board boosts the confidence.

Recommended bet: Each-way plays on No. 9 Long Jack and No. 10 Serious Liaison

Race 6
The Gilgai Stakes at Group 2 level down the Flemington straight is the next on the program. We see the return of superstar Santa Ana Lane, and he should be winning here. He stormed home in the Newmarket before winning the TJ Smith in the autumn after winning the Sprint Classic in the spring. He would have done a power of work after being scratched before the shorts and will be ready to win this.

Zoutori is a very underrated horse. He ran three lengths off Kolding and Military Zone in the Queensland carnival and he loves the Flemington straight. He draws well on the outside and he should have plenty of room to run on late.

Sunlight has the class to win this but she hasn’t come back as well as many expected. 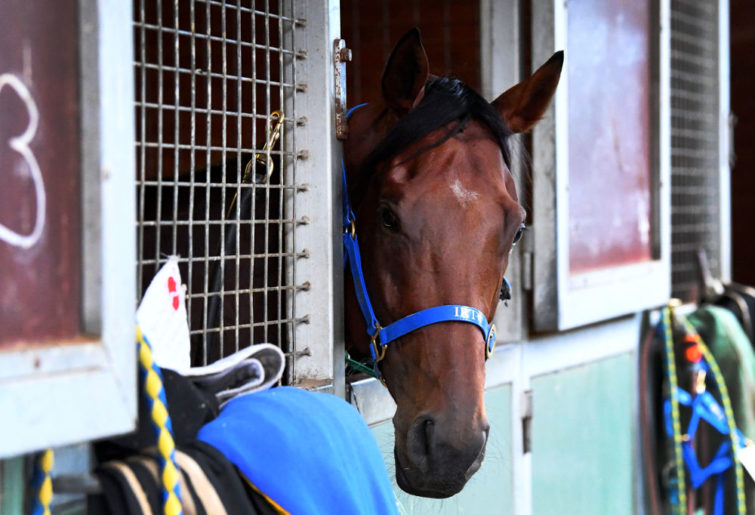 Race 7
The feature of the day arrives in the Turnbull Stakes at Group 1 level over 2000 metres. It might be a controversial pick, but I’m siding with the old boy in Hartnell. He has settled a long way back in all of the Memsie Stakes, PB Lawrence and Makybe Diva Stakes and should settle a bit closer here if he jumps well from barrier five. He’s only run a length or two off them in every run this preparation and is seemingly needing further. He steps up to the 2000 metres here and is a very good chance.

Mystic Journey is the danger. She is a star and had a magnificent autumn, winning both the Australian Guineas and the All-Star Mile. She resumed brilliantly in the PB Lawrence until running into Gatting in the Makybe Diva. The query is whether she can run 2000 metres. If she can, she wins with ease.

Look out for Mr Quickie and Rostropovich in what will hopefully be good Caulfield Cup trials.

Race 8
The Bart Cummings is the next race on the program over 2500 metres, and it is a ballot exemption race for the Melbourne Cup. I really like this race from a betting perspective. Surprise Baby is Australia’s best hope to win the Melbourne Cup and is a big chance to get a free run into it here. He won the Adelaide Cup in just his sixth start before going to the Andrew Ramsden and was incredibly unlucky not to beat Steel Prince. He resumed in the Feehan Stakes at the Valley, where he stormed home to run fourth. The rise in trip suits here, he draws well and he should be too classy.

I can’t believe Te Akau Caliburn is $16, though, and I’ll be saving on him. He was racing well in England before coming out here to Australia and I thought his debut run here had plenty of merit. He was racing over 2500 metres after a ten-week break and the tempo of the race just didn’t suit him. They went incredibly slowly early and he savaged the line late. He should be fitter for that run and He’ll be much improved here.

Wolfe and The Good Fight are the Sydney siders who again have claims.

Recommended bet: Win bet on No. 3 Surprise Baby with a saver on No. 12 Te Akau Caliburn

Race 9
The Edward Manifold at Group 2 level for the three-year-old fillies is the lucky last on the card. My best of the day comes here in the form of Miami Bound. There’s something special about this Filly. She debuted behind Sebrekate, who has gone on to bigger and better things since, and she has come back brilliantly. She stormed home to break her maiden at Bendigo before absolutely gapping them at Bendigo again last start. Damien Oliver didn’t even have to put pressure on her there and she looks way to classy for these. With even luck she wins.

Beyond her, Presently won well resuming. She was strong through the line to win by two lengths and she only ran a length off Huntly Castle last preparation, who is a chance in an earlier race.

Oriental Lily has hit form and can run a big race if the tempo suits.