Going to games is more important than marketing campaigns

Adelaide United’s decision to pay a transfer fee for Riley McGree is already paying off after the 20-year-old fired the Reds into another FFA Cup final.

How badly do you reckon Football Federation Australia wanted former Mariners defender Josh Rose to pull ball number one out of the barrel on Wednesday night and guarantee Adelaide a home final at Coopers Stadium?

It’ll be the third time the City of Churches hosts the FFA Cup final, but you know what? Their fans actually turn up for it.

And they saw Wednesday night’s thrilling 2-1 win over the Central Coast Mariners turn on a decision that didn’t draw anywhere near enough scrutiny, even if it summed up the tone of much of our football discourse nowadays.

Because Matt Simon never should have been awarded a second yellow card for his arms-up challenge on Jordan Elsey when the Mariners were leading 1-0.

Yes, the referee’s decision is final and I would very much like to respect Shaun Evans’s decision-making.

But Simon was dismissed on his reputation alone, and the fact that not even Mariners fans defended him suggests we’ve all got our minds on things other than football just a week before the new A-League season kicks off.

How about News Corp failing to even mention the A-League in that full-page newspaper ad they ran during the week? Bit rude!

But guess what? Virtually none of the people who complained about it on social media actually read News Corp media.

And you know what else? A good proportion of them never tune into the A-League on Fox Sports either.

How do we know? Because most of the sports listed in the ad have been smashing A-League ratings for the past couple of years.

So essentially a group of people who contribute nothing to a media group are complaining that said media group hasn’t advertised a product they don’t consume anyway. 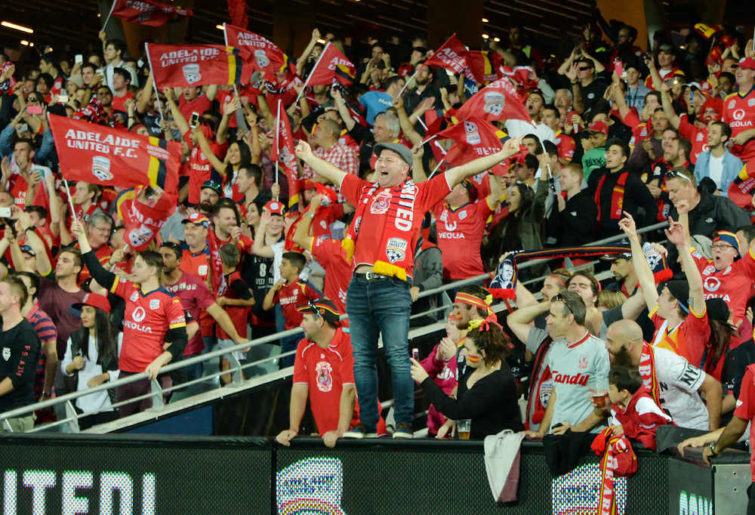 And that’s pretty much where we’re at in football right now.

That doesn’t invalidate the criticism, and I say that as one of the staunchest critics of the way the game has been run these past couple of seasons.

But I do think it would behove some of us to maybe take a break from the outrage machine and perhaps channel our frustration into slightly more productive endeavours.

Because the reality is that this week’s FFA Cup action was hugely entertaining.

I was one of the 3700-odd fans in attendance at Perry Park on Tuesday night, and we could hardly have asked for a more entertaining tie.

Brisbane Strikers took the game to Melbourne City and forced the star-studded visitors to shift through the gears in their eventual 5-1 win.

Andy Pengelly’s early opener was the stuff dreams are made of – even if it did take a bit of a deflection – and how Pengelly and Strikers goalkeeper Bon Scott don’t already have A-League contracts is beyond me.

One of the things the game has got to get better at is building a genuine connection between the top tier and the rest of the football pyramid, and that can only happen when A-League clubs start taking a chance on players like Pengelly and Scott.

As for the rest of us, one thing we can all easily do is simply support the football in front of us.

Marketing campaigns are important, but they shouldn’t distract from the real business of actually watching some football.

So if your A-League team is playing at home in the first two rounds of the season – don’t talk to us here in Brisbane – make sure you grab a few friends and head out to a game.

Because that’s the only way the A-League is going to survive in the short term.