Next Thursday night, Sport Australia will announce the 2019 winner of The Don Award, named after surely Australia’s best sportsman ever, Don Bradman.

The award will go to the athlete who, by their achievements and example over the last 12 months, are considered to have the capacity to most inspire the nation.

All have made some massive sporting achievements over the last 12 months in their chosen field. However, there can only be one winner and that winner has to be Ash Barty. There are three main reasons for this:

1. Number one in the world
Until June this year, the most recent number one Australian women’s tennis player was Evonne Goolagong, way back in 1976. That all changed after Ash Barty won Birmingham in the lead up to Wimbledon.

Whilst she hasn’t won another event since then, Barty has achieved enough, showcased by another deep run in the China Open this week, to most likely retain the number one ranking in the world at the end of the season.

Barty has had a remarkable 2019, winning in Miami, Birmingham and, of course, her first grand slam tournament in Paris. A finalist in Sydney, she also has guided Australia into a Federation Cup final against France in Perth in November.

After beating Petra Kvitova in the China Open quarter-finals, she now has the highest number of wins on the WTA tour this year. She deserves to be viewed as the best in the world.

2. The global reach of tennis
There are other world champions on that list. Dylan Alcott won the wheelchairs singles at the Australian, French and Wimbledon grand slams. Steph Gilmore won the 2018 World Surf League tour and Ellyse Perry is a key member of the Australian women’s cricket team.

Ariarne Titmus won the 400m freestyle at the 2019 World Swimming Championships against Katie Ledecky, who hadn’t lost in a major meet at 400m and over for seven years.

With the exception of Dylan Alcott, none of the others feature in a truly global sport. Swimming is arguably close behind but it is still dominated by the United States at the very top.

Women’s tennis has no such domination. Of the current top ten on the WTA tour, we have nine different nationalities. The Czech Republic have two players inside, Karolina Pliskova and Kvitova. The other thing worth noting is that Europe represents six of the world’s top ten, a region not heavily represented in cricket or surfing.

There is no doubt that Dylan Alcott is close to picking up this award. I just feel that Barty’s achievement of world number one, on a WTA tour that has had ten different grand slam winners over the last three years, is simply outstanding.

3. Sportsmanship at its best
Despite all of the above, perhaps the most endearing thing about Barty is the way she behaves in both victory and defeat. You don’t have to go too far back to get an example of this. 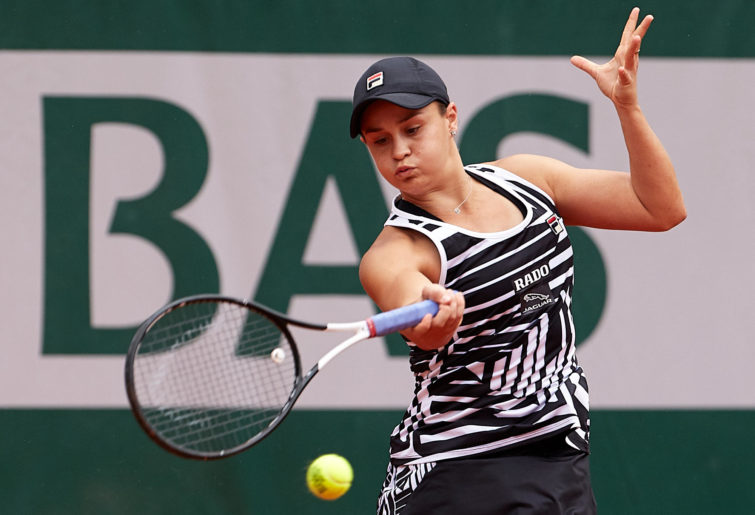 After her three-set win over Kvitova in the China Open quarter-finals, Barty commented that:

“That was one of the highest quality matches I played all year. Petra always has a way of bringing out the best in me, she really does. From both of us, I think the level was incredible. Regardless of winning or losing, I think I’d be sitting here with the exact same perspective, kind of the same feeling of the match afterwards.”

She appears to be universally liked on the tour, proving that the comments she makes to the press are not just a public persona, that is who Barty really is. We are lucky to be able to call her an Australian.

The Don Award has had some impressive winners over its 20 years of existence, with Pat Rafter the only tennis player to win back in 2001. On Thursday, Ash Barty should become the second tennis player to pick up this prestigious award.