Grand final week has brought its fair share of standout narratives this year.

We have the Roosters bidding to be the first modern-era back-to-back premiers, the Raiders finally returning to the top of the table and looking to emulate the greats of 1989, and Cooper Cronk’s ever-growing claim to league immortality.

But reading certain sections of the NRL media over the past few days, you’d be forgiven for being distracted by a different scoop altogether – the alleged ‘feud’ between Nine NRL anchor and leading female Erin Molan and league legend turned respected voice Andrew Johns.

In case you missed it, it won’t take long to recount the details, mainly because there aren’t many. The issue stems back to Phil ‘Buzz’ Rothfield’s most recent Sunday Telegraph column, in which he suggested Johns has quietly removed himself from Nine’s Friday night football coverage due to an irreconcilable working relationship with Molan.

Facts and direct quotes were largely absent from the short piece other than Johns laughing off the claims and appropriately suggesting that the NRL lives off innuendo and gossip. He isn’t one of the game’s most perceptive pundits for nothing.

It’s worth saying the story might well be accurate. We have no real way of knowing and no real need to know. But that was not the point.

Nine has exclusive broadcast rights to the grand final on Sunday – one of the few genuine advantages it holds over Fox Sports, which broadcasts every regular season game live. Fox Sports is, of course, part of the same ownership stable as the Telegraph as well as the websites that have continued to give this story oxygen. 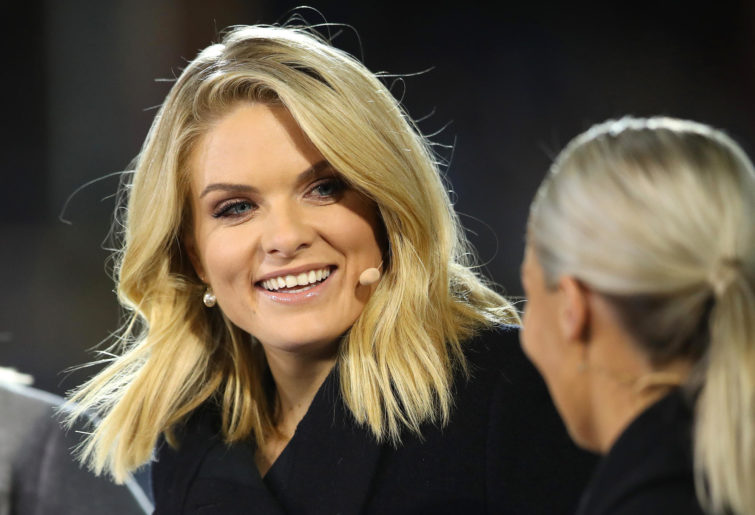 Johns stopped appearing on Friday night football months ago. Regardless of the story’s veracity, best cast that means it’s now out of date, worst case good old Buzz has been sitting on it all that time.

Though the NRL has made some great strides in terms of gender representation in recent years, female voices are still given short shrift by those fans that cling to the dated image of a men-only game.

Molan knows this better than most. Scapegoated for Nine’s lamentable revamp and subsequent cancellation of The Footy Show last year, she has long been the focus of vitriolic and sexist abuse on social media.

It was obvious that alleging a new fallout between Molan and one of the game’s favourite sons would give her trolls a new excuse to pile on, but presumably she was considered as acceptable collateral damage in the dirty war for clicks, eyeballs and subscriptions.

Subsequent pieces have been published on the supposed row every day, including about the trolling she has received, the obvious upset it has caused her and the other personalities rallying to her support. Each new report has simultaneously suggested sympathy while pouring more and more petrol on the fire.

Some outlets even saw fit to regurgitate the entire tale as part of reporting on the Dally M awards, using the flimsy pretext that Molan skipped the ceremony to crowbar in yet another retelling of the same piece, almost word for word.

Even when she broke down in tears during an interview on Sydney’s WSFM, it was just another reason to push the story back up the home pages.

It’s hard to know what the most depressing part of the whole thing is. Maybe it’s the fact that one of the game’s leading female role models has again been fed to the online hate mob during the biggest working week of her year, not to mention the biggest of her life as a Raiders fanatic.

Perhaps it’s the fact that such mileage can be generated from one single piece of gossip, substantiated or otherwise, with the human cost overlooked at every turn.

Or it could be the fact that it is just all too predictable from a section of the rugby league press.