Fremantle’s chances of jumping ahead of West Coast in the queue for Tim Kelly’s services appear to be dwindling after football manager Peter Bell confirmed on Monday that there is yet to be a meeting between Kelly and new coach Justin Longmuir.

Kelly officially requested a trade to the Eagles last week but given the apparent difficulty of getting a deal done, there has been ongoing speculation that Fremantle could keep themselves in the mix by offering a more attractive trade.

The Dockers currently hold pick 7 and will likely gain pick 6 in this year’s draft via a trade with St Kilda, while West Coast’s earliest selection comes in at No.14.

Geelong have shown a willingness to negotiate with both clubs as they seek the best deal.

“Obviously, it’s the first day of Trade Period but Tim’s made it clear he wants to go back to Western Australia and we’ll be interested to hear what those two clubs have to say,” said Geelong list manager Stephen Wells.

“The specifics of any deal will be worked out, hopefully, over the next ten days, if it’s worked out at all.”

However for any deal with Fremantle to be made, Kelly would have to agree to join the club, which appears unlikely given Bell confirmed there’s been no meeting between Kelly and Fremantle’s new coach, nor is one scheduled for the future.

“We’ve got to be respectful of Tim’s wishes and we’ve put our case to Tim’s management, and obviously as was the case last year, he wants to go to West Coast,” said Bell.

“We’ll continue to do the best we can to present as a viable option for Tim should negotiations stall between Geelong and West Coast. But we are respectful of Tim and Caitlin’s wishes.

“Our stakeholders would expect us to be as aggressive as possible but at the same time being respectful, so there is that balance and there’s a lot to play out.”

West Coast’s football manager Craig Vozzo said the Eagles were aware they would need to pay a significant price for Kelly to join the club, but weren’t going to hand Geelong a blank check.

“We’re going to consider all of our options. We’ve had some good discussions with Stephen and the rest of the Geelong crew this morning and we’ll keep them going,” said Vozzo.

“It’s a deal that we need to consider. There’s always too high of a price. It’s what is fair and reasonable in any market circumstances.

“We acknowledge he’s a very good player for their football club and we acknowledge that a heavy price needs to be paid.” 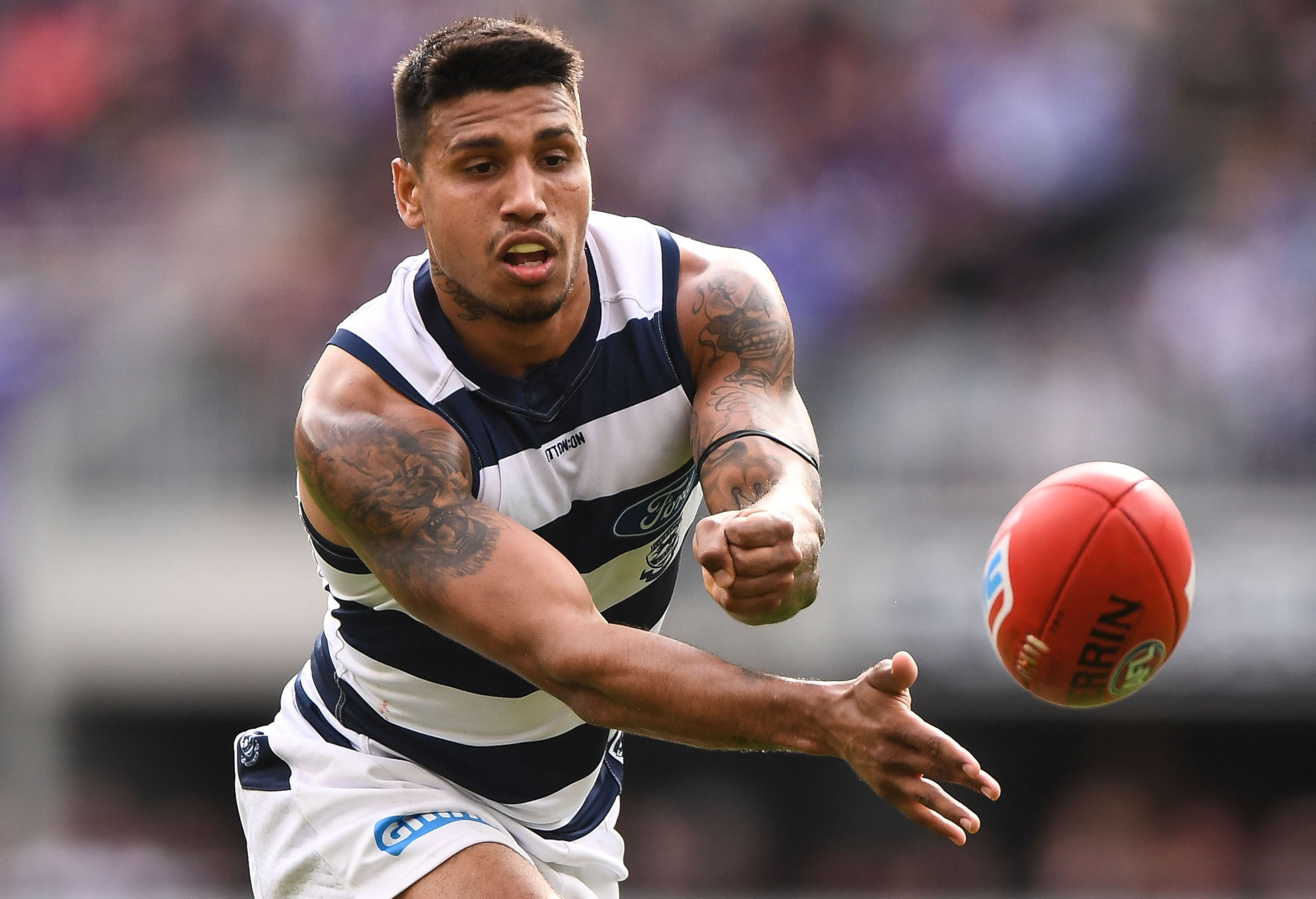 Essendon’s Joe Daniher is in just as much limbo as Kelly, as the Bombers list manager Adrian Dodoro today iterated a strong stance that the Bombers would look to retain Daniher rather than agree to a trade.

“It is our intention to keep Joe. All-Australian centre half forward, best and fairest winner at our club coming into the peak at our club. We’ve expressed to him and his team that we will do everything possible to keep him,” said Dodoro.

Of course, these words will be taken with a grain of salt. The consensus remains that a deal will almost certainly get done, but a hardline public stance will be a key part of the negotiations.

Jamie Elliott appears a step closer to deciding his future after it was confirmed on Monday that the small forward has ruled out the Melbourne Demons as a potential destination, and is now choosing between Collingwood and Brisbane.

Elliott was spotted touring Brisbane’s facilities on Saturday morning after a meeting with Collingwood football manager Geoff Walsh last week, and appears to have narrowed his options down a two-year deal to remain with the Magpies, or taking up a three-year contract at Brisbane as an unrestricted free agent.

Melbourne’s Jason Mahoney said Elliott would not be joining the Demons, but confirmed the widely expected news that Fremantle’s Ed Langdon is seeking a trade to the club.

Mahoney categorically ruled out the talk that had briefly flared up around the possibility of Angus Brayshaw moving to Fremantle, and instead it seems most likely that Langdon will join the Demons for their second-round pick, which is currently No.22 overall.

It was also confirmed on Monday that Zak Jones will seek a trade from Sydney to St Kilda. After the news initially broke on Sunday, Sydney today released a statement to that effect.

St Kilda confirmed their interest in Jones today, and also answered questions about their pursuit of Ben King, making it clear that they had no intentions of trying to bring the highly-rated key position prospect home in 2019.

The Saints were, however, refreshingly honest in admitting that they have been in touch with King’s management, and would look to target him at the end of 2020 if he remains uncontracted beyond that date.

“We’ve spoken to (Ben’s) management because his brother is managed by the same company and we see his parents regularly, so we often check in on how Ben is,” said St Kilda CEO Simon Lethlean.

“That’s a pretty clear-cut one – Ben is playing at Gold Coast next year, and if he doesn’t sign and looks to move next year we’ll talk to him…

“I think anyone who was going to draft Max would like Ben to join him at some stage because they’re both elite talent, hard-to-find players of that ilk. So if he wants to join Max and we can get that done at some stage that’d be terrific.

“We drafted Max for Max, but it’s obviously a romantic thought to have twins playing together. It happens occasionally – if it happens for the Saints it’d be unbelievable.” 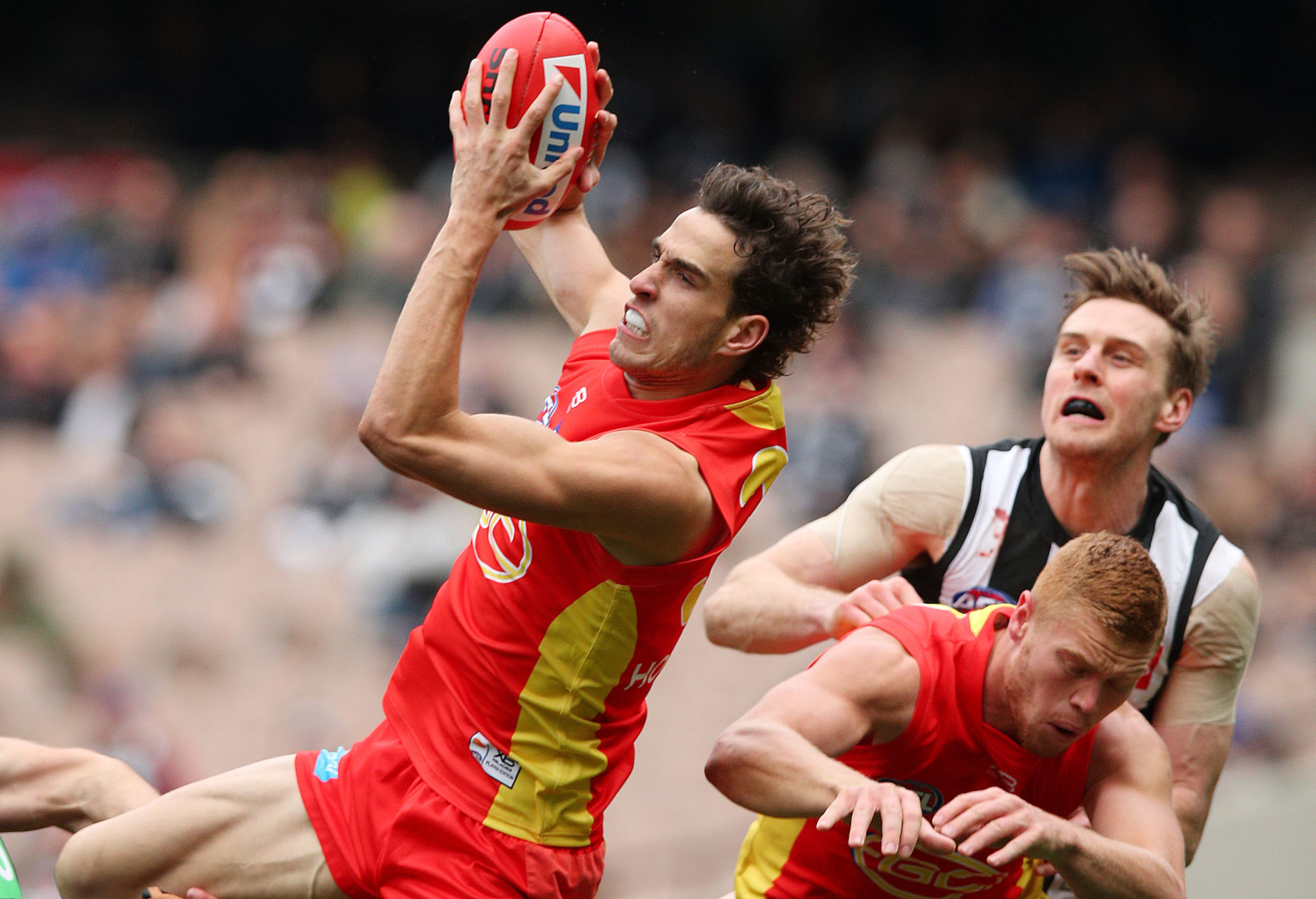 St Kilda also confirmed their interest in Port Adelaide swingman Dougal Howard, as did North Melbourne. Howard has also been linked to Essendon, Collingwood, and the Western Bulldogs.

His fate may well be shaped by a potential trade move for Orazio Fantasia, who is still in the process of deciding on a new manager, but widely expected to request a trade once he does so.

Fantasia it’s believed will go to Port Adelaide if he moves, so the potential could exist for Port and Essendon to make a player swap involving Howard.

Adelaide’s list manager Justin Reid says Brad Crouch is “keen” to stay at the club, but discussions over his future will wait until the club appoints is next senior coach.

“Hopefully in the next ten days we’ll have a new senior coach, we’re really excited about that,” said Reid.

Grant Birchall appears a strong chance to be in Queensland next year, with both the Brisbane Lions and Gold Coast Suns interested in the unrestricted free agent.