The Tim Kelly fiasco is going to be the biggest talking point of this trade period, with the West Australian requesting a trade back to his home state for the second straight year.

Geelong are asking for West Coast to sell the farm to get their man. The Eagles currently have picks 14 and 24 (take into consideration Gold Coast’s priority pick), and they will be wanting to on-sell that to the Cats for Kelly. However, as Geelong have stated, those picks are simply unacceptable for the midfielder.

There have been rumblings that Carlton could be an ally for the Eagles in this trade period. There are rumours circulating that Carlton are in the mix for a big fish this trade period after Tom Papley and Jack Martin requested trades to the Blues. Eddie Betts is also expected to return home to Ikon Park, where he became a cult hero for eight years before famously falling out with then-coach Mick Malthouse and heading to the Crows for six years.

That big fish I am hearing Carlton could be looking at is Eagles midfielder Andrew Gaff. Gaff is an interesting tale after re-signing with the Eagles after declining North Melbourne’s godfather offer last year. The Herald Sun reported a week ago that Gaff has an exit clause that makes him eligible for free agency again if he chooses to utilise it – and this time would be as an unrestricted free agent. 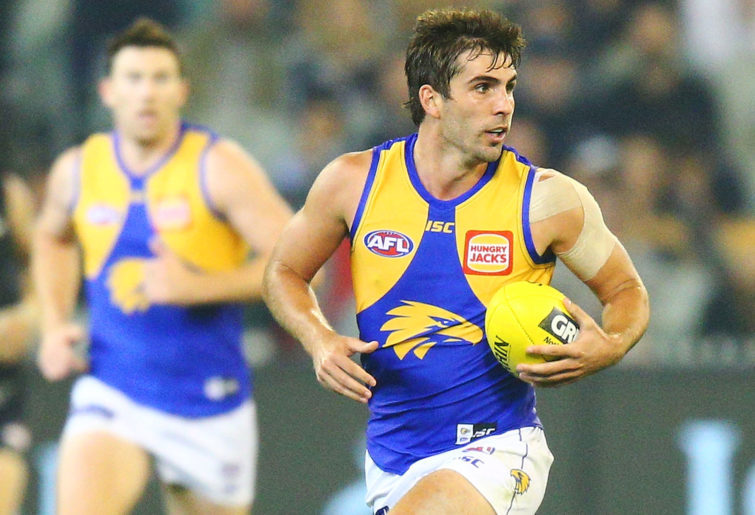 West Coast firmly believe they can retain the 27-year-old midfielder as well as collecting the 25-year-old Cat who wants to be an Eagle. However, the Eagles might have to look at the bigger picture from a salary cap perspective. You may not be able to have both men on the same list unless you get some of our senior bodies to take significant pay cuts, and even then you’ll be tipping on the edge of the cap when you bring in young talent in the draft.

Where does this leave Carlton though? Carlton will part with pick nine for Papley and potentially a future second-round pick and another pick to get Jack Martin from the Suns?

Losing next year’s first-round pick won’t be the end of the world for a team who went through a significant rebuild in the last four years, and won’t need to urgently go to the draft again for some more young players. They’ve got a decent crop of youngsters to build upon under new senior coach David Teague.

Sitting out of the draft for two years with this year’s not as strong as previous seasons – and with people saying the class of 2020 could also be a shallow draft – will pay dividends for the Blues, who are screaming for some extra grunt in the midfield next to Patrick Cripps, Sam Walsh and Zac Fisher.

They would love to have another experienced body in there like Andrew Gaff.

The trade period begins this week, and the ‘what if’ scenarios will be thrown up, so it’ll be interesting to see how this one pans out between now and October 16.

And if this is the icebreaker that gets Tim Kelly to the Eagles, they may have to lose Gaff to challenge for a flag again in 2020.