The NRL season is sadly over, with the Sydney Roosters claiming the premiership on Sunday night, unfortunately under controversial circumstances.

In a sport that never seems to be far away from some type of drama, the grand final was no different.

Refereeing decisions were the biggest talking points coming out of the game, and this time, even a fervent advocator of not blaming the refs like me, totally understands why.

I hate discussing the referees after a game, but it’s pretty much unavoidable in this instance.

My intent was to lightly touch on the refs, then move on to revisiting my season predictions, however the word count got away from me and it rapidly became two pieces; so stay tuned for the predictions review tomorrow.

There were three calls that generated the most amount of controversy: the trainer incident, Cooper Cronk getting sin-binned, and the ‘six again’ fiasco. After a couple of days to cool down and analyse each drama objectively, let’s go through them one-by-one:

1. The trainer incident
According to the NRL rules: “Where play is irregularly affected in the field of play, the referee shall restart play with a scrum with the attacking team to receive the loose head and feed.”

As strange as the whole trainer incident was – and I’ve personally never seen anything like that in all my years of watching rugby league – it was the right call by the refs.

You can certainly ask why the trainer was on the field that early in the game, but that’s a totally different debate; albeit one worth having.

The decision was unquestionably unfair to Canberra, especially considering the Roosters scored a try directly after, but by the letter of the law, the refs made the right call.

2. Cooper Cronk getting sin-binned
Let’s keep this very simple: Cronk gained a significant illegal advantage, with Canberra in a position to score a try. If that’s not worth ten minutes in the bin, then I honestly don’t know what is.

People complaining about that decision tells you everything you need to know about rugby league and its whinging culture. Often the referees simply can’t win.

Cronk illegally took out a player that was on his way to the tryline, so the refs had no choice but to send him to the sin-bin. 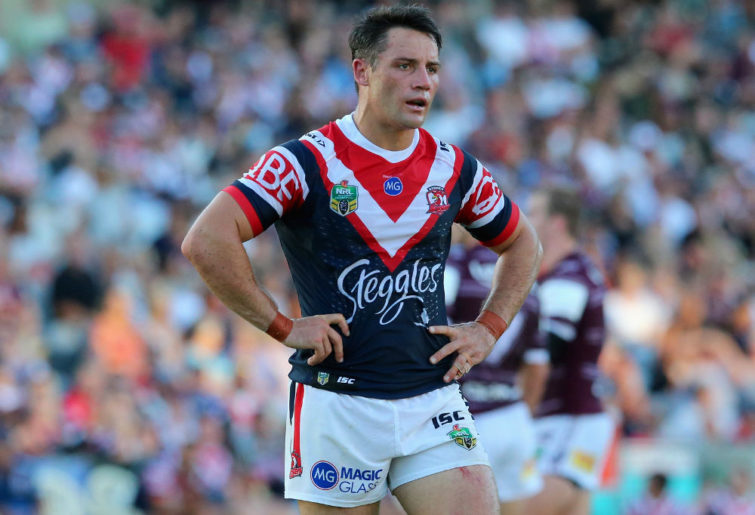 There should be no ref drama here either.

Quick aside: Sunday’s game reminded me why I’m glad I only have to put up with Channel Nine commentary for State of Origin and the grand final.

Gus Gould and Joey Johns were shocking during the sin-bin moment in the game, looking for any reason not to send Cronk off for ten minutes, irrespective of the rules or rational thought.

Cronk’s weight/size in relation to Papalii, the fact it was a grand final, and the acknowledgment that if the halfback tackled him a second later it would actually have been a fair play, were all used as reasons why the sin-bin wasn’t appropriate punishment.

Newsflash, but none of those ‘reasons’ should come into consideration, and it’s silly and unprofessional to suggest otherwise.

I honestly believe Gould has become bad for rugby league and is damaging the game; and has been for a while. Ironically, he’s now no better than his arch-nemesis, Buzz Rothfield.

Meanwhile, Joey has regressed as a commentator. Like Gould, he used to be a sharp analyser, but also like Gould, he now spends too much time whinging, or being bizarrely inconsistent with his opinions.

It’s quite sad that two of the best brains in the game now use their voice for ‘evil’.

3. The ‘six again’ fiasco
We’ll finish on the biggest controversy of the night: the ‘six again’ signal, and subsequent reversal of the call.

Like Josh Papalii close to the line, this is going to be extremely hard to defend, because it was ugly – plain and simple.

Watching the full replay of the action, it’s clear that referee Ben Cummins signals ‘six again’, then immediately gets word that the ball came off of Canberra, and changes his call by yelling out “last!” four times.

Sadly, the damage had been done. As Peter Sterling rightly pointed out, the minute many Raiders players saw the ‘six again’ signal, they have no reason to believe anything other than six tackles were coming their way.

They wouldn’t be looking to the ref to see if he changed his call; no player ever would.

Yet once that initial incorrect call was made, I really don’t know how the referees could have dug themselves out of this one any better than they did.

I thought the ball came off Tedesco, and so did many observers, including Cummins. So it’s hardly a ‘shocker’ that he makes that original ruling. He then gets notified it’s the wrong call, and therefore tries to change it.

Joseph Leilua of the Raiders (Photo by Mark Metcalfe/Getty Images)

If Cummins hears the overrule, but doesn’t change his call, it’s probably an even bigger controversy today, especially if Canberra score. As it turns out, it’s the Roosters that score next, and all hell – rightfully – breaks loose.

I understand why it’s a controversy, and I understand why Canberra should feel aggrieved. They should. I just honestly don’t know what else the referees could have done.

If I was reffing, I probably would have broken the rules by blowing the whistle, halting play, and then getting Wighton to play the ball from where he picked it up, with fifth tackle called.

And then I would have been crucified anyway. Who’d be a referee, huh?

It’s easy to bash the refs, and they most definitely should be held accountable for their mistakes, but when you calmly, rationally and unemotionally review the three controversial calls, the reality is the refs actually weren’t that bad.