One of the silver linings to the A-League’s inability to compete financially with the world’s big leagues is the potential for young players to be given an opportunity on the national stage.

This year, as with many before it, there are a host of skilful and gifted young men looking to stamp their names on the domestic scene.

Al Hassan Toure (Adelaide United)
With four goals in the Reds’ run to the FFA Cup Final, the 19-year-old Guinean born striker has tongues wagging across the country.

Adelaide’s new manager Gertjan Verbeek saw his talent immediately and locked the intimidating Toure away for two years, in the hope of turning him into the next generation of Australian striker and the man Adelaide need up front.

There are still many clunky and awkward moments in his play where he looks every bit of his young age.

Yet such moments are juxtaposed with flashes of raw talent. The role he will play for the Reds is exactly the one they struggled to fill last season.

Should Toure fill it well and begin finding the back of the net regularly, the remainder of the A-League will be put on serious notice.

Despite a campaign that brought just four wins and conceded 71 goals for the men in orange, the 21-year-old managed 20 creditable appearances and scored five goals.

At times he looked the most frustrated man on the pitch, such is his energetic competitiveness and desire. I predict that the Ipswich born attacker will be playing overseas within five years, so talented he is.

With a re-energised Roar under Robbie Fowler and some impressive early results, Wenzel-Halls could well show the league just what he capable of in 2019-20.

Sam Silvera (Central Coast Mariners)
After coming through the Western Sydney Wanderers youth ranks and on the verge of his 19th birthday, Silvera is one of the most exciting young players in the A-League.

Frankly, he looks a future star and there is a little bit of raw Daniel Arzani-like talent in him.

Slightly different to Arzani in style, the Sydney-born attacker looks exceptionally gifted in his distribution and some of the deft touches he produced in the Mariners’ run to the FFA Cup semi-finals were frightfully impressive.

The Socceroos have long craved a player like the 5-foot-8-inch Silvera, one blessed with the ability to attack defenders like Arzani, but also one skilled enough to subsequently lay off passes to team mates in dangerous positions.

If the Mariners do have the improved season predicted by many, Silvera may announce himself to the league in fine style. 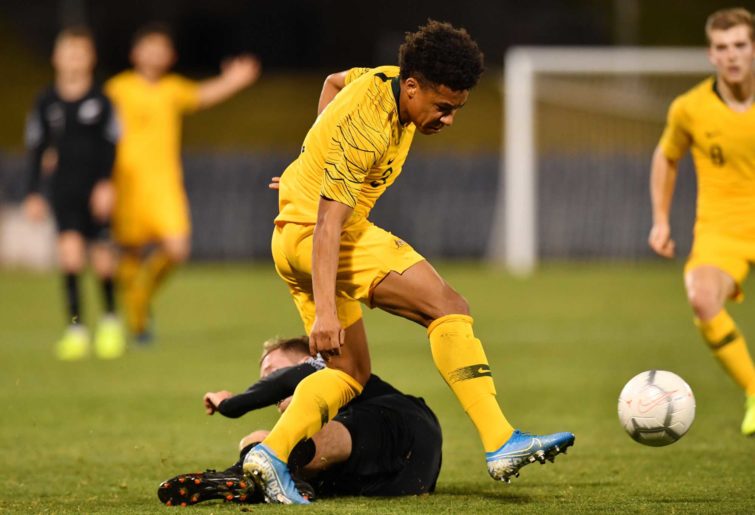 Angus Thurgate (Newcastle Jets)
Slapping the moniker of ‘Port Macquarie Pele’ on Thurgate may be most unfair, yet it does say a lot about the esteem with which his skills are held by team mates and those that have seen him in action.

Still just 19, Thurgate played 15 matches for the Jets in 2018/19 and scored his first A-League goal.
Already capped at under 20s level for Australia, it is likely that the attacking midfielder will one day take possession of a full Socceroos cap.

In a Newcastle squad tipped to struggle by many, 2019/20 could provide the opportunity he needs to accelerate his progression into national colours.

Manager Ernie Merrick will be desperately hoping that is the case, in a squad that has not been restocked in the manner Jets fans were hoping and especially considering the long term injury to Irishman Wes Hoolahan. 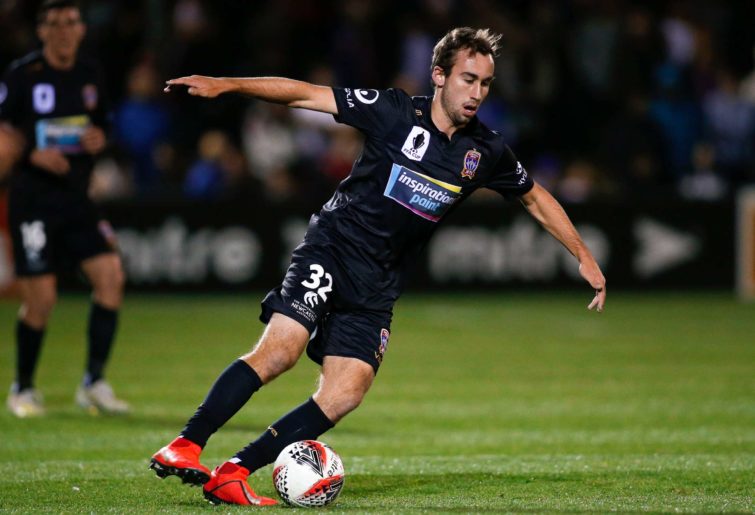 Luke Ivanovic (Sydney FC)
Another 19-year-old, Ivanovic has caught the eye of anyone whose knows anything about the game of football in Sydney, despite the Sky Blues hoping to keep his talents under wraps. Fearful of a poach from an opposition A-League club, there had to come a time when Sydney’s hand would be forced and the local junior thrust into top flight play.

A fellow football writer rang me immediately after his debut, impressed with his skill and maturity.

Playing 11 matches in 2018-19 during what was to become a championship year for the Sky Blues, says a lot about the faith manager Steve Corica has in his young star.

With more opportunity this season, it appears likely that Ivanovic will continue to grow in reputation.

Sydney have held onto him for now, but with a top heavy roster of talent, tempting offers will come frequently in the next few years.

Sebastian Pasquali (Western United)
What better way to complete a list of some of the most exciting young talent in Australian football than with the man widely tipped to be the best of them.

When Ajax and Juventus express interest in a player still at school and far from fully developed, his quality can never be questioned. 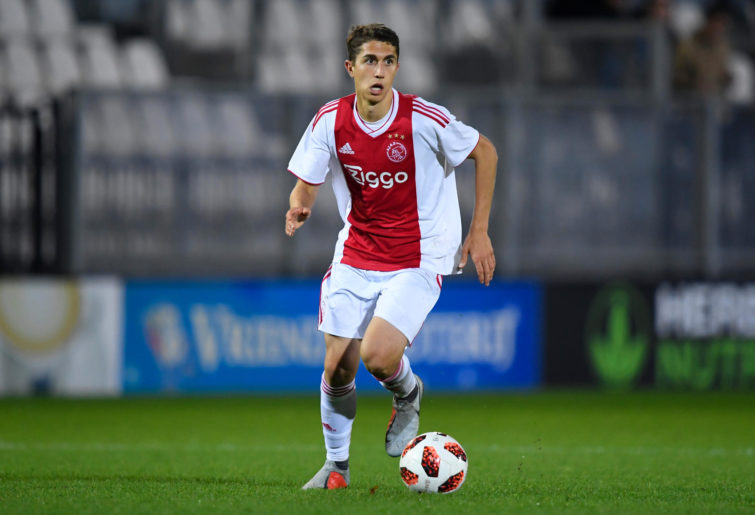 Domestic football has been murmuring about the 19-year-old from Wangaratta for some years now yet it is important for everyone to realise he is still shy of his 20th birthday.

Kevin Muscat gave the young midfielder a taste of top flight action in 2016 and Western United have now acquired the services of a young man blessed with speed, agility and excellent passing vision.

Watching these six young Australians in season 2019-20 will be enough to satisfy me, even considering all the undoubted drama and entertainment that will unfold over the next eight months of the A-League.