The Tasmanian AFL bid now has real momentum behind it with 48,140 supporters now signed up on the ‘United We Stand’ website.

With a strong expectation that Tasmania will be added as the AFL’s 19th team, it also raises the question of including a twentieth.

So, if the AFL was to expand the competition to 20 teams then where should the 20th be based?

I’ve put together a shortlist of potential locations which you can see below.

Perth or Adelaide
While each of these cities already have two teams, they both have large waiting lists for memberships and could each potentially support a third team.

Going against this would be that third teams could dilute the current derbies and how much it would actually grow the game is debatable. 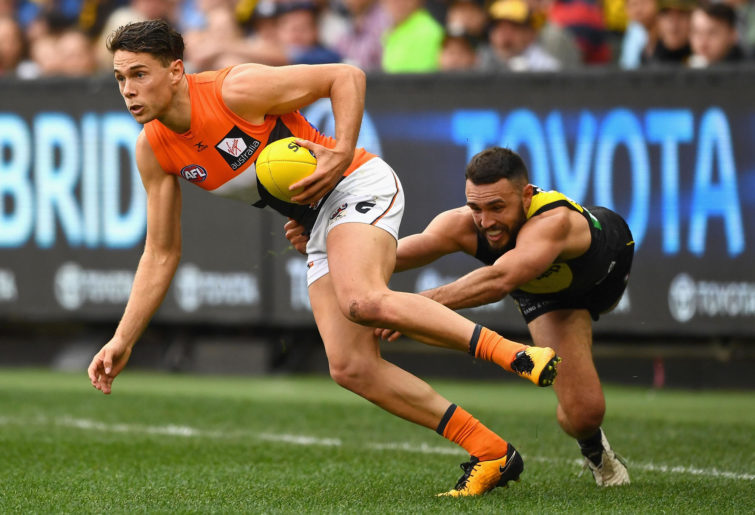 GWS played in their maiden grand final in 2019. (Photo by Quinn Rooney/Getty Images)

Second team in Brisbane?
As the only major city in Australia without a second team, the potential of a derby in Brisbane is interesting. The new oval stadium in Springfield can be upgraded in the future if there is the demand for it, so maybe a second team could be based there who could then be called the Springfield Isotopes.

Another option would be to share the Gabba with a team representing the eastern suburbs, perhaps to be known as the Moreton Bay Figs. This could bring together fans from Redcliffe in the north down to Redlands in the south who all live alongside the bay.

Sunshine Coast
With a population expected to reach 385,000 by 2026 and with a wider region breaking through the 400,000 barrier this place may be an AFL expansion location. However, the lack of a stadium would be a hurdle that would need to be overcome.

Although, as the largest city in Australia without a professional football team in any code, the Sunshine Coast is there for the taking if the AFL want it.

Newcastle
The Hunter region around Newcastle has a population of over 600,000 people and would be able to provide a close rival for both Sydney teams if they can build a new stadium. This has the advantage of increasing interest in NSW without cannibalising either of the current teams in Sydney.

Canberra
For similar reasons to Newcastle, the nation’s capital could also be suitable for an AFL expansion team with the added benefit of already having a stadium. But the line from the AFL is that the Giants are Canberra’s team and there are no plans to change this.

Auckland
The city of Auckland has a large population but a very low participation rate and very little history or interest in the sport. But with 1.6 million people and a combined market of five million in New Zealand there is clear growth potential and you can just see the dollar signs in Gillon McLachlan’s eyes.

Riverina
This area might not even be on the radar of most fans. But why not?

The North Central region of Victoria around Bendigo has a population of 250,000 which is larger than the 225,000 people in greater Hobart. The population around the Albury-Wodonga region meanwhile comes to 200,000 which exceeds the catchment area of Launceston.

With similar population metrics to Tasmania and with its high participation rate, the Riverina might have the ability to host an AFL team. They would need to build two new stadiums, but what a great way to promote the region alongside it’s growth potential if opened up to Very Fast Rail.

Where to next?
It’s difficult to know what the AFL might be thinking, but for me it’s a toss-up between a second Brisbane team and one in Auckland.

New Zealand is the biggest new market, but the NRL and the A-League both have their eyes on adding a second team in Brisbane in each of their respective leagues and it wouldn’t surprise me if the AFL follow suit. Both locations could also be relocation options as well.

If the AFL were to relocate the Suns to Brisbane it would maintain their presence in Queensland while Brisbane itself is soon expected to grow to three million people. As speculation swirls around the future of the Titans maybe the AFL will start to have similar ideas.

So, maybe the 20th side will be in Auckland and a second Brisbane side could happen if the Suns are relocated there to create a new derby like the ones that all the other major cities have.

But as I said, who knows what the AFL might be thinking?