How many of these stuff-ups does the Australian rugby community have to endure before there is a wholesale clean-out of the incompetent leaders who couldn’t run a bath let alone a complex franchise?

Last week, Hore was talking to Waratahs HQ about the direction he wanted the franchise to take.

And where is Hore going?

Surprise, surprise, he is going to become the chief executive of the Auckland-based Blues.

A shift to this sort of position was always predictable given Hore’s history.

Surely someone in the NSW hierarchy did some elementary research before his appointment? Perhaps, not. But Hore’s career category indicated an inevitable return to New Zealand.

Hore started off his administration career with Canterbury and the Crusaders. He then worked with the Welsh Rugby Union before returning to New Zealand to become the NZRU’s high-performance manager. He then moved to Welsh franchise Ospreys, before being appointed as CEO of NSW Rugby.

While he was at the Ttahs, he was responsible for allowing failed coach Daryl Gibson an extra year on his contract.

A few days ago, in Tokyo, Hore revealed that the new head coach of the Waratahs would be Rob Penney. It just so happens that Penney, like Gibson, was a coach in the Canterbury set-up when Hore was at the organisation.

Now we get to a matter that has riled me for some time.

Apparently there were 61 applicants for the position left vacant by Gibson. A shortlist of 12 candidates was drawn up, of which two were interviewed. And one of those interviewed, Penney, was appointed coach.

One of the applicants not on the shortlist – and not a good old boy from Canterbury – was David Campese. 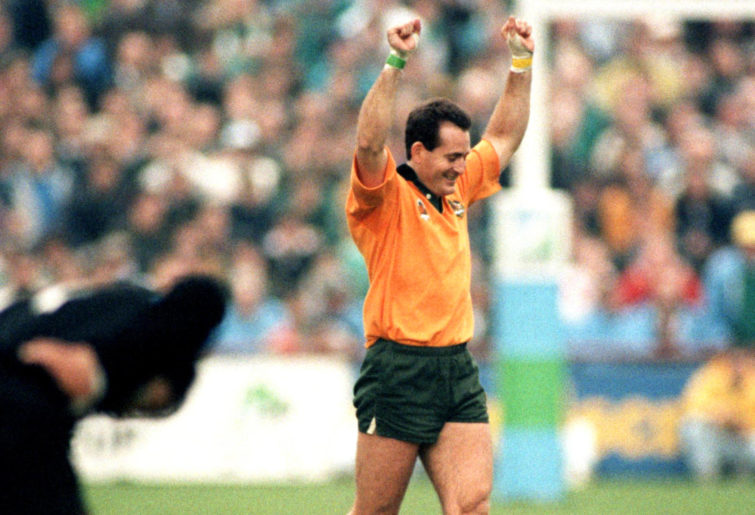 Campese is an advocate of the Waratahs and Randwick Galloping Greens’ game of slick passing, killer set-moves, pace across the field, and aggressive and no-nonsense forwards. It’s a game that has seen NSW defeat the Springboks and the All Blacks, and pioneered the style that won Rugby World Cups in 1991 and ’99.

No one understands the Waratahs game better than Campese. No one played it better.

Yet Campese did not make a shortlist for head coach of the Waratahs. This was an insult to the club’s tradition.

I supported the experiment of appointing Robbie Deans as head coach of the Wallabies.

But his mixed results, despite the fact he is one of the most successful coaches in the modern game, should have ensured that the senior coaching positions in Australia should go to Australians.

This is especially so at the Super Rugby level, for this is the level from which Wallabies coaches should emerge.

Now, I don’t blame Hore for gaming the system with his move. I blame Davis and the rest of the board.

I met Davis once and he was charming. He’s a former Wallaby, a Rhodes Scholar, and a successful businessman.

But he has been a failure as a leader of the Waratahs.

Anyone with any gumption about the way professional rugby works would have known that Hore would act the way he did.

Davis’ defence, that he didn’t believe the rumours Hore would leave, beggar belief.

“The rumours were circulating and all I had were rumours until this morning,” Davis told the Sydney Morning Herald.

“When there is smoke there is fire. Until such time as he tendered his resignation, we were dealing with speculation.

“The season starts soon, so the timing is shit in that regard.”

To think Davis, his board and others in the Waratahs management had no inkling that Hore might be targeted for the Blues job and would grab it is to believe in the Tooth Fairy.

Once again, we have had a monumental stuff-up by our rugby leaders.

When is enough enough?