Will God walk on water or sink in the Brisbane River?

Robbie Fowler is one of Liverpool and England’s greatest strikers.

Only six players have scored more goals in the English Premier League than his 163. He is an FA Cup, League Cup and UEFA Cup winner.

A-League fans will remember him for his 54-game stint with the North Queensland Fury and Perth Glory between 2009 and 2011. This we know. But we don’t know his capabilities as a coach.

We’re about to find out if he can return the Brisbane Roar to the glory days of old or if his managerial career is going to go up in smoke.

Firstly, we should all be hoping Brisbane have a good season in 2019-20. Their preseason results indicate they should and they’ve recruited intelligently. It was such a shame to see the three-time A-League champions perform so poorly last season – only an equally bad Central Coast Mariners team finished below, and the 71 goals they shipped was the most in A-League history.

So Brisbane did what they did the last time they finished ninth in the 2009-10 season. The likes of Josh McCloughan, Pieter Collen, Tim Smits, Griffin McMaster and a plethora of players you haven’t heard from in a decade all left, making room for the more talented and experienced Michael Theo, Erik Paartalu, Kosta Barbarouses, Thomas Broich and a whole lot more. The rest is history.

Eighteen players with 990 A-League appearances between them have left the club. Familiar faces Roy O’Donovan, Scott Neville and Aiden O’Neill have come on board. Tom Aldred, Aaron Amadi-Holloway, Macaulay Gillesphey and Jay O’Shea have a lot to prove to an unknowing Australian audience.

Vast changes are commonplace in the A-League, with the Western Sydney Wanderers almost making it an annual tradition, but when you’re bringing in a new coach it shouldn’t be an issue. This is Robbie Fowler’s team. This of course means no excuses if the players don’t perform.

O’Neill and Brad Inman have both been around Premier League clubs, O’Neill of course being on loan from Burnley, If God can get those two firing, English clubs will take notice.

On the topic of English clubs, it’d be expected the former UEFA Cup winner would like to use the Brisbane Roar as a platform to get into the Premier League one day. Fair play to him for not taking the Frank Lampard, Ole Gunnar Soljskaer or Steven Gerrard route of taking a big job early in his career, instead choosing to start small and learning his craft.

There are risks to that, however. For Brisbane and the A-League it’s a risk worth taking. No manager has given the A-League as much exposure. Imagine what Dylan Wenzell-Halls can become under the tutelage of one of the greatest strikers to lace a pair of boots

The man capped 26 times by England has briefly dipped his toes in the coaching pool with lower league clubs MK Dons, Bury and Liverpool’s academy, but his only top job was in 2011 when Thailand’s Muangthong United decided to make him their player-coach when Henrique Calisto was given the flick. He left the club after Slaviša Jokanovic was appointed manager less than a year later. He hasn’t held a managerial position since. 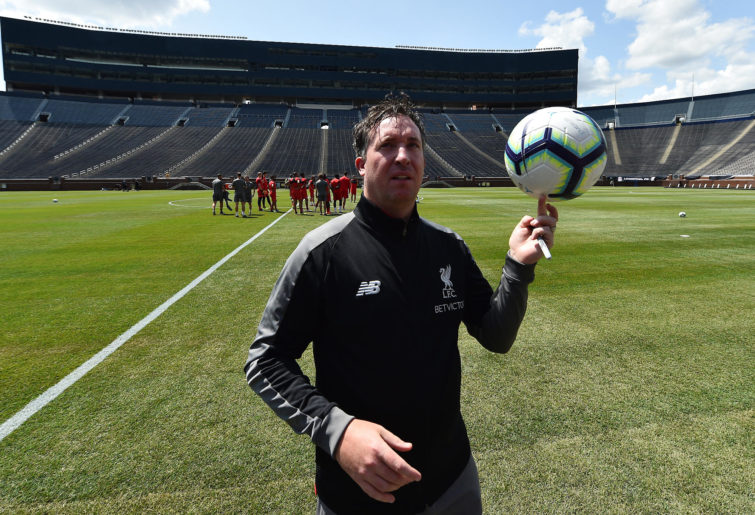 Fowler is Brisbane’s sixth coach since two-time championship-winning manager Ange Postecoglou packed his bags and went home to Melbourne in 2012. Sure Mike Mulvey won two titles and John Aloisi would’ve got them into the 2016 grand final had the Wanderers not produced the miracle of Parramatta, but like my friends, everyone eventually lets you down.

Steve Corica and Kevin Muscat are the only players in A-League history win the championship as a player and a manager. It’s not easy to do. Only three managers new to Australian football have won the A-League championship. Pierre Littbarski and Vítezslav Lavicka both did it for Sydney FC, and Gui Amor did it with Adelaide most recently in 2016.

This is what makes Fowler different to everyone else. For every Littbarski there’s a Darije Kalezic. For every Lavicka there’s a Steve McMahon. For every Amor there’s a John Adshead.

As mentioned, Fowler spent two years in the A-League between 2009 and 2011. Sure, the game has changed since. The quality is higher, the players are better, the climate has, well, got worse, but he knows the league and has the experience few other foreign managers have.

Take Melbourne City’s Erick Mombaerts and Adelaide’s Gertjan Verbeek. They’re both experienced managers but both most likely were unfamiliar with the A-League before an offer was made to coach a team playing in it.

Fowler isn’t starting from scratch. He knows what a windy Sunday afternoon at the Cake Tin is like. He knows how to go to Sydney FC’s home ground and come away with the three points. He knows how to handle the warm weather of Perth in the summer.

The signs are there for Fowler to succeed in the A-League despite his limited experience as a manager. He has a solid team and he’s been able to recruit the players he wants. He has had a full preseason with the team and they’ve been scoring goals for fun. If Fowler doesn’t succeed, his hopes of a managerial career could be over or never reach the heights he’s hoping for.

Fowler should be using the A-League as platform to leap into the upper divisions in England – and in the world, for that matter – but with all due respect to the A-League, if the world sees Fowler struggling at Brisbane, they’re not going to want him to win them promotion or get them out of a relegation battle.

The season is almost upon us. It’s time to see if God can walk on water or if his career will sink to the bottom. 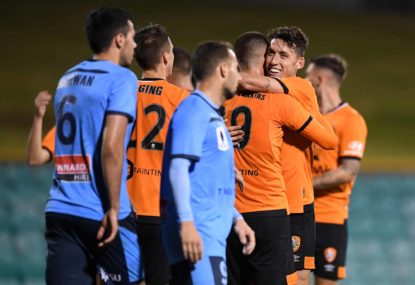