Having already signed GWS’ Adam Tomlinson earlier this week, Melbourne made two trades as the first week of the trade period drew to a close.

The first saw Sam Frost, himself a former Giant, traded to Hawthorn in an exchange that netted Melbourne a second-round pick in next year’s draft.

The full trade was Frost as well as picks 42 and 61 in this year’s draft and Melbourne’s 2020 fourth-round selection for pick 50 this year and Hawthorn’s second-rounder next year.

Hawthorn’s end of the deal sees them gain a mature and durable body to provide depth in their backline and probably allow more freedom for a dynamic player like James Sicily.

The Hawks also gain an extra 257 DVI points in this year’s draft, which could come in handy for them when they look to match a bid for father-son prospect Finn Maginness.

Maginness is a big-bodied midfielder who showed off his speed and endurance at the AFL draft combine last week.

He appears likely to attract a bid in the first round of the draft, and Hawthorn will be sweating on whether it comes before or after their first-round selection, currently pick 11.

Melbourne’s second deal of the day saw them land Fremantle’s Ed Langdon, completing their initiative to bring two wings to the club this trade period and leaving them one thigh short of a three-piece combo.

The Dees have stated their intent to use Tomlinson – who has played in all areas of the ground during his time at GWS – on a wing, and will of course keep Landgon in his natural position.

This appears to be a direct response to the widely held perception that Melbourne’s midfield lacked balance in 2019, dominated by inside midfielders and lacking the ability to move the ball despite their prolific capacity for winning it.

“We just didn’t have any natural wingers on our list,” said Melbourne football manager Josh Mahoney.

“It’s such an important role. We tried over 15 guys in that positions this year and no one really nailed it. To be able to bring in two players who play that role will really add to the mix that we’ve got.”

The criticism leveled at both Tomlinson and Langdon, of course, is that neither is an elite kick, something Melbourne are seen to be sorely lacking.

Time will tell just how big of an impact this pair is capable of having on the field for the Dees, but certainly their midfield appears better balanced now than it did a week ago.

The Dees traded picks 22, 79 and their 2020 future second-round pick to Fremantle for Langdon, but got back pick 26 and Fremantle’s 2020 future fourth-round selection as well.

For Fremantle, the deal may make it easier to match what’s expected to be an early bid for NGA prospect Liam Henry, and gives them an extra pick in next year’s second round.

Broadly speaking, the net result for Melbourne is they’ve brought Langdon into the club for the price of Sam Frost and a few small downgrades this year, making some future swaps that could go either way.

Especially when you factor in being able to sign Tomlinson as a free agent, it’s good business from the Dees. 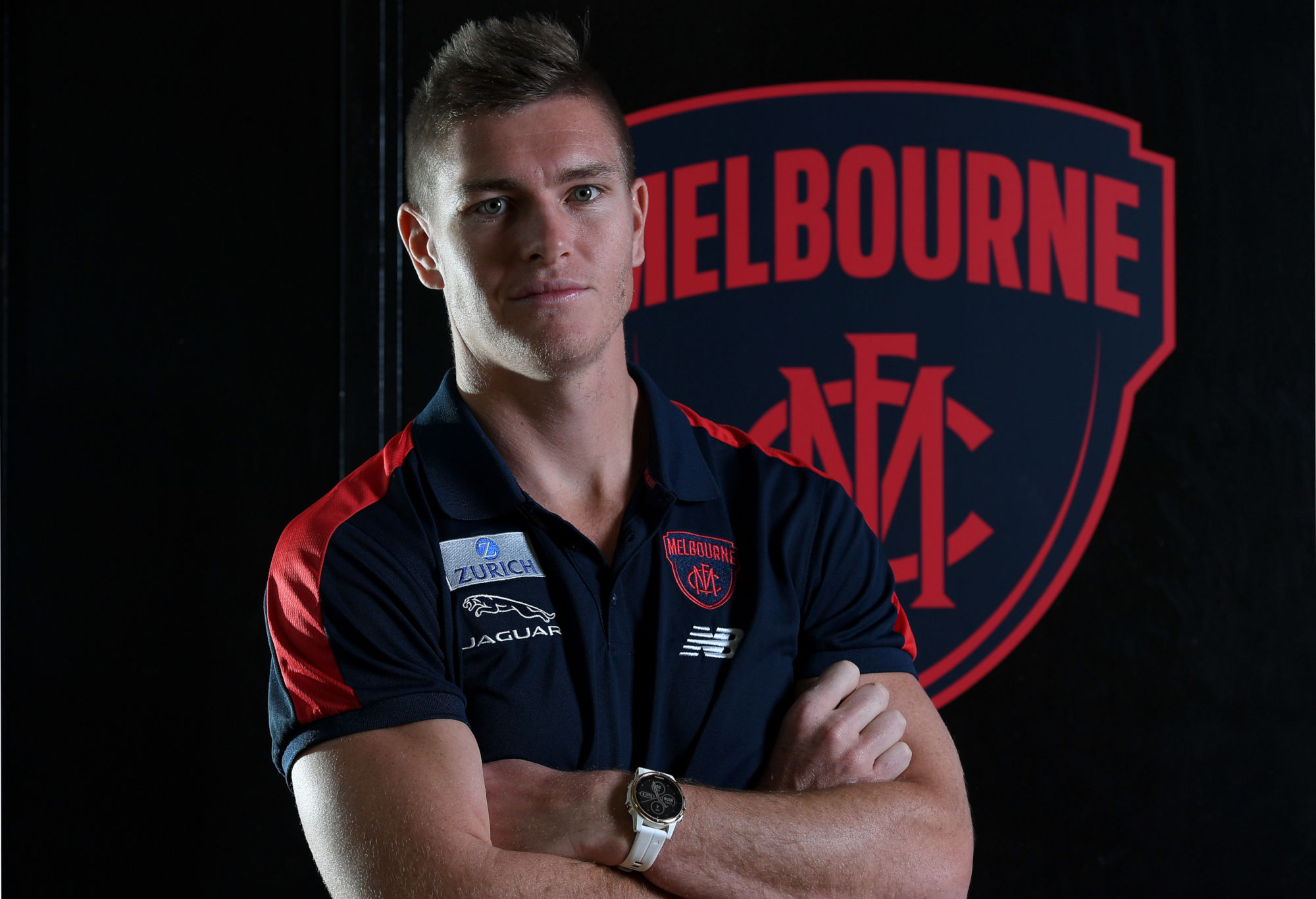 What’s next for Melbourne? This just about brings to a close all the deals they’ve been linked to in terms of players coming in or out.

They were linked to Collingwood delistee Sam Murray but would be more likely to sign him as a delisted free agent than trade for him, if they do pursue him.

And of course there was brief speculation about Angus Brayshaw potentially departing the club, but that one has been thoroughly knocked on the head.

That being the case, any further player trades for the Dees would come as something of a surprise, and the club does appear content with what they’ve achieved.

A small forward is another need Melbourne has identified, but Mahoney said it wasn’t one they’d like look to address during the trade period, after making a three-year offer that was turned down by Jamie Elliott.

“It’s an area we want to address, there might be some players on our list that can fill that role. We think we have enough power to kick winning scores.”

If the Dees did renege on this stance then Richmond’s Dan Butler would potentially be a good fit for the club. He managed only seven games for the Tigers this year but performed well in a premiership VFL side.

Pick swaps would be the other thing on Melbourne’s mind. The club now holds picks 3, 26 and 50 in the first three rounds of the draft.

They were rumoured to be considering dealing out pick 3 in a swap with GWS, but this seems unlikely now that the Giants have made a pick-trade deal to move up to pick 6 with St Kilda yesterday.

Instead there’s a good chance the Dees will hold that pick and if they do, Hayden Young, one of the classiest kicks in the draft, would appear at this early stage to be the most appealing prospect for them there.

While the trade period comes to an end next Wednesday night, clubs will be able to make pick-only trades up until shortly before the draft, and then of course also live during the draft itself.