The Roar's A-League expert tips and predictions: Round 1

Welcome to a new season of A-League.

Eleven clubs are ready to launch their assaults on both the Premier’s Plate and a domestic championship.

Expansion is finally here as Western United joins the competition. There is much excitement around the men in green and black and after some shrewd recruitment, they should be a competitive and spirited side in 2019-20.

Will the big guns once again come out to play? Perth Glory, Sydney FC and Melbourne Victory do look like strong contenders. Will Melbourne City finally come of age or could Adelaide United return to the top of the tree after a promising 2018-19 campaign?

Wellington will be hoping for a repeat finals appearance without Mark Rudan following his departure to the expansion club and the Wanderers, Jets, Roar and Mariners all have reasons to believe in a potential resurgence and a return to the top six.

It stands to be a compelling and gripping season and Mike Tuckerman, Paul Nicholls and the writer will be sharing our tips and predictions with you each week, in the hope of challenging the ever dominant Roar of the Crowd.

We are also pleased to welcome promising young football writer Tom Williamson onto the panel.

Below are our thoughts for Round 1. Be sure to enter your tips into the tipping form below and have your say as the Roar of the Crowd.

Great game to start the season off with and a tough one to predict. Adelaide United should be there or thereabouts under Gertjan Verbeek this season, even if they look to lack a bit of quality. Sydney FC, meanwhile, are missing two of their best players to international duty. This one’s a draw for mine.

No disrespect to the Mariners, who look a much-improved side under Alen Stajcic, but anything less than a triumphant homecoming will be a bit of a disaster for the Wanderers. I suspect even some of their fans don’t realise how intimidating Bankwest Stadium will be this season. They’ll soon find out.

Why are we losing players to international duty in Round 1 again? I’d have been tempted to tip Melbourne City if Jamie Maclaren was playing, but thanks to the game’s seemingly endless stupidity, the derby is missing one of its most marketable stars. So I’ll tip Victory to nick all three points purely out of spite.

A rivalry in the A-League that actually involves Wellington Phoenix? And to think some of us thought Western United were a bad idea!

There’ll be plenty of emotion in this one, and you can tell it means a lot to the Kiwis.

That’s why I reckon the visitors will ride their luck and jag the win in a smash-and-grab raid.

A few things might count against Perth Glory this time around, including the prospect of A-League rivals having worked them out. But the trip to Perth is as tough as any in the league and although Brisbane Roar will surprise plenty of teams this season, they may not start here, especially if Bruno Fornaroli fires.

The season begins with Adelaide hosting Sydney FC at Coopers Stadium. A run to the final of the FFA Cup sets the home side up well for this one, yet I’m seeing a nervous draw between two teams likely to feature in the finals this season.

Sydney may struggle with new combinations early on, and I’m still not convinced that Adelaide are ready to fire in front of goal. Could be 0-0 but 1-1 might be where the smart money falls.

If there has even been a more sure bet than the Wanderers winning their first A-League match at Bankwest Stadium, I’m not sure I can remember it. There will be emotion spilling all over the place in the Saturday twilight and the new-look Mariners could well be caught in the headlights of the home side.

The Melbourne Derby could be a scoreless draw or a 6-6 epic, so unpredictable it seems. I’m seeing a strong Melbourne City this season and feel they may make a real statement on the first weekend. New Victory manager Marco Kurz will have other plans, yet City will win this one.

Being asked to predict a winner between Wellington Phoenix and Western United is completely unfair, especially considering the changes in Wellington and virgin nature of United. I need to see more. Draw.

This season will be something of a vengeful affair for Perth. With Premier’s Plate in hand, the tragic loss to Sydney in the grand final will burn them to excellence once again.

The Roar are looking to recapture past glories under new manager Robbie Fowler. At home, Perth will get the job done, yet expect this new and tougher Roar side to bare its teeth at some stage in the near future.

That time of year again? Another year of expectations smashed under the sledgehammer of reality. At least we start the season on equal points.

Just two words for Adelaide United – James ‘the freak’ Troisi. Okay, that’s four, but if anyone can settle into a new club it’s the ex-Melbourne Victory and Socceroos superstar. If FFA cup form is any guide, United will do well under coach Gertjan Verbeek.

Looking remarkably like an early incarnation of Dr Who, Verbeek has the reds playing like a TARDIS. They are a whole lot bigger and better than they appear from the outside. Sydney FC will be tough but Adelaide can pull off an upset.

Saturday is all about Wanderland. Can Wanderers fans make Bankwest stadium rock and roll? If they do, they will be romp home.

Saturday’s Melbourne derby is a great way to start the season, although I wonder if Marvel Stadium is the right place for it. Axing Warren Joyce may have been Melbourne City’s best off-season move. Under new coach Erick Mombaerts, they look sharp and stylish.

Craig Noone was a smart purchase and adds class to the midfield. Melbourne Victory has a dangerous attacking duo of Ola Toivonen and Andrew Nabbout and new coach Marco Kurz has the team performing well in the pre-season. City to win.

Wellington Phoenix fans could be forgiven for being confused when their team takes on Western United. Half of last year’s squad and ex-coach Mark Rudan are in the green and black. Ufuk Talay’s Phoenix are an unknown quantity but should hold out for a draw.

Everyone will be looking to beat premiers Perth Glory. This year they will have an AFC Champions League campaign to manage but the men in purple should soak it up.

Three words for Brisbane – Robbie ‘God’ Fowler. With an eye to his coaching future, Fowler will be pushing for silverware from day one. Roar to get the upset.

Before I get into my predictions, I’d like to thank the panel for giving me this opportunity and want to warn them that I fully intend on winning this competition.

The season opener sees the reigning premiers travelling to Adelaide in what is going to be a blistering game, with both teams presenting compelling cases for success this season. I can see the rust from preseason impacting Sydney negatively, however, I’m still not quite convinced with Adelaide’s ability to score goals.

If you’re a dedicated Western Sydney fan who has been around since the beginning and not once wavered in your support of the team, I tip my hat to you. Braving the nomadic period of the last couple of seasons, Bankwest Stadium is your just desserts.

With a bouncing atmosphere, the Wanderers will take this one as the young Mariners outfit are set to be intimidated by the RBB, back in force. I’m not predicting it to be close either, 3-0 Wanderers.

The Melbourne Derby will see Victory host my favourites for the upcoming season, Melbourne City, in a game that I think could potentially go one of two ways. Either Victory will win in a brave, hard-fought game, or City will dominate all over the pitch. 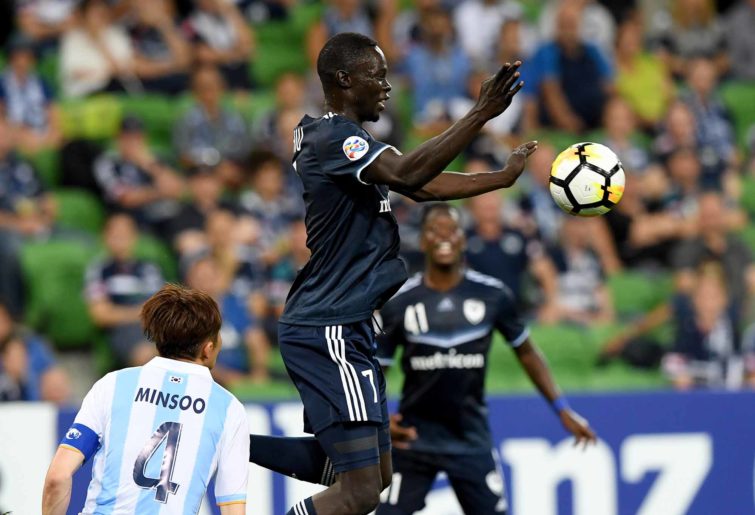 City’s preseason has been incredibly ominous for the rest of the league, playing an attractive style of football under new manager Erick Mombaerts. That’s not to say that Victory haven’t been slowly building what suddenly, on paper, looks like a real contender.

I’m predicting City to take this one and make a real statement. 3-1.

I cannot imagine a stranger decision than to have the new club in the league play against Wellington away in their first-ever game, but here we are. Not much to be said about this one, I’m expecting a genuinely ugly game of football as my picks for the wooden spoon, the Phoenix, duke it out with a team from whom I haven’t seen enough coherent team play to genuinely judge.

Draw for me, and it won’t be pretty.

Perth’s comeback story under Tony Popovic was something to behold, and falling short in the grand final will instil them with a hunger for more silverware. They will come out all guns blazing and make a statement against this new-look Roar side.

However, while Brisbane under Robbie Fowler has all the makings of a future contender, I’d just like to wait a bit longer before backing them in, especially against the top sides. Perth to win 2-0.