What happened to Joel Paris?

On 12 January 2016 a 23-year-old left-arm fast bowler from Western Australia named Joel Paris made his international debut representing Australia against India in an ODI.

Paris wore No. 11 on his jersey, the same number worn by former pace legend Glenn McGrath. Could Paris be the next McGrath? All the hype was around him.

But Paris ended up playing only two ODIs in this series, and he hasn’t played for Australia and has played very little for Western Australia since then.

It begs the question: what happened to Joel Paris? 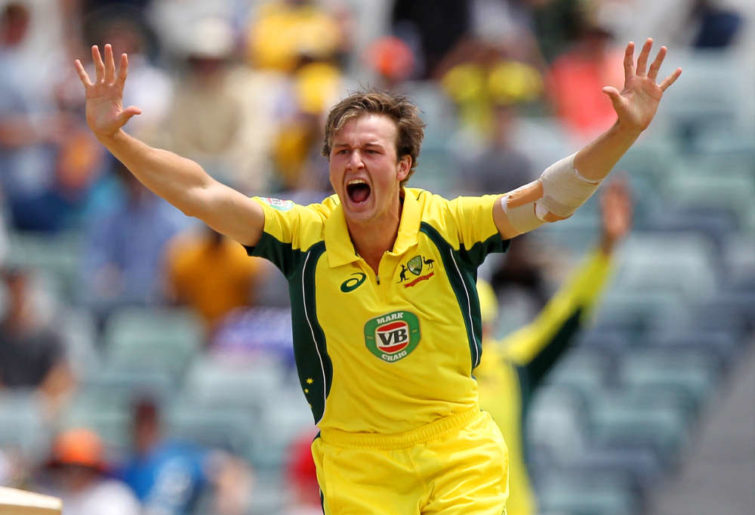 Paris entered the professional cricketing scene at an early age. He had much early success playing for Scotch College in the PSA Competition in Perth. Then at the ripe old age of 16 years old he made his debut for the Western Australian under-19s team. Around this time he also first started playing first-grade cricket for Claremont-Nedlands.

He later went on to have success for the Australian under-19s team and even got six wickets at the 2012 ICC under-19s World Cup.

Paris received his first rookie contract for Western Australia and made his debut in the domestic One-Day Cup against New South Wales in 2013. The following year he was signed by the Perth Scorchers and competed in prestigious T20 leagues like the Big Bash League (BBL) and the Champions League.

After getting 13 wickets in six games during the 2014-15 domestic One-Day Cup Paris suffered a quad injury. It put an abrupt end to his season representing Western Australia, but he returned for the 2015-16 season and made his Sheffield Shield debut against Victoria in November 2015.

In 2016 his major success in the shorter formats of the game allowed him the opportunity to represent Australia in the remaining two ODIs against cricket powerhouse India. Paris was coming into the squad to replace injured left-arm fast bowler Mitchell Starc. Unfortunately, he had little success this series, finishing the two matches with only one wicket and an ODI bowling average of 93.00.

In late 2016 Paris sustained yet another quad injury, although it was confirmed that this had no connection to the previous injury from 2015. He returned in the 2017-18 season and played many Perth Scorchers games as well as making his Sheffield Shield return against South Australia. By this time Western Australia had, and still has, one of the strongest fast bowling attacks in the country, featuring the likes of Nathan Coulter-Nile, Andrew Tye, Jhye Richardson, Simon Mackin and Jason Behrendorff. This isn’t even including younger players like Mat Kelly, Cam Green and David Moody. On top of that there’s also pace bowling all-rounders such as Mitch Marsh, Marcus Stoinis, Aaron Hardie and Hilton Cartwright.

In the 2018-19 season Joel played in only two domestic One-Day Cup matches and four Sheffield Shield matches for Western Australia. He also represented the first-grade team Claremont-Nedlands on 17 occasions at this time, even leading them to victory in the Western Australian Cricket Association first-grade competition.

As of October 2019 Paris has become a regular for Claremont-Nedlands, but he’s expected to represent Western Australia for most of the upcoming domestic season replacing the injured Jason Behrendorff. Also, because Nathan Coulter-Nile recently left the Scorchers for the Melbourne Stars, the door is open for Paris to step up and be the pace bowler that the Scorchers are looking for.