After six years, 132 games and 310 goals with the Adelaide Crows, Eddie Betts is back in navy blue once again after being traded home to Carlton for a bargain price on Monday.

The Crows and the Blues lodged a deal this afternoon which sees Betts move to Carlton for the price of the club’s 2020 future fourth-round selection.

It’s understood that Adelaide will pay a portion of Betts’ 2020 wage, but only a minor one. The star small forward was contracted for another year at the Crows.

Betts turned down the offer of a three-year contract at the Gold Coast Suns to instead pursue an emotional homecoming.

“The Carlton Football Club has always had a special place in my heart. I cannot wait to pull on that navy blue guernsey again and run out in front of our passionate members and supporters.

“What excites me is the special feeling building at this club. To now be part of a forward line that includes some of the best young talent in the game – I want to help those guys take their game to the next level, so 2020 cannot come quick enough.

“I want this football club to be successful and I want to be part of setting a standard and building that successful culture. Bring on day one of pre-season so we can put in the hard work to get there.

“I would also like to thank the Adelaide Football Club for its understanding and especially to the Crows fans for their incredible support over the last six seasons: it was a privilege to play for you every week.”

Arguably the most intriguing news of the day was a report that Port Adelaide co-captain Ollie Wines’ management made an approach several weeks ago to Carlton, suggesting the Blues make a play for Wines’ services.

Already targetting two significant players in Tom Papley and Jack Martin, as well as looking to bring home Betts, the Blues decided not to pursue the opportunity.

This story prompted Port Adelaide to release a statement during the afternoon, clarifying that Wines had never requested a trade from the club, nor had Port considered trying to trade him.

The statement did not directly address the matter of Wines’ management’s reported contact with Carlton, however, Port’s management was later quoted denying they had made any approach to the Blues.

Wines management- “These reports are completely untrue, Ollie is very happy at PA, where he is captain and contracted for another three seasons.“He certainly did not ask me to investigate the possibility of a trade and nor did I scope one out on his behalf.”

The trade period is of course often colloquially known as the AFL’s ‘festival of lies’ and theses statements don’t all add up together, so make of it what you will.

At the very least, it seems certain Wines will remain at Port Adelaide in 2020. Whether or not this becomes a story again next year is far less clear.

It was also reported that several Victorian clubs had held an interest in another Port Adelaide star, Robbie Gray. Port made no comment on this, but it’s understood he will be at the club next year. 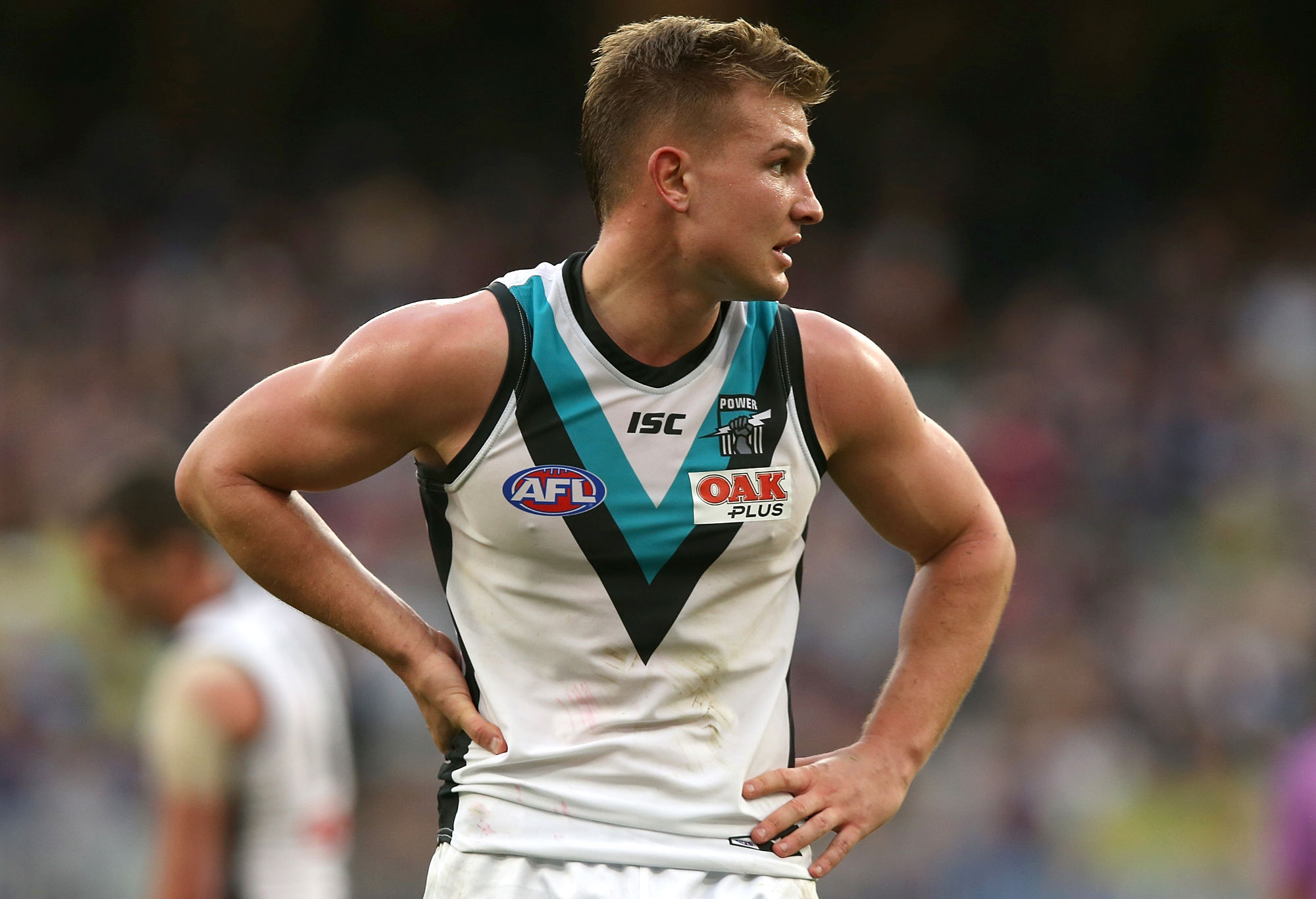 In other news, it appears that James Aish is likely to play for a third AFL club in 2020, following reports that Fremantle has offered the Collingwood midfielder a three-year contract.

Aish has spent time in the backline at Collingwood which over the last two years has been coached by Justin Longmuir, who is of course now the new senior coach at Fremantle.

It’s understood that Collingwood are under serious salary cap pressure and willing to move players on in order to relieve that.

The Pies have Brodie Grundy, Jordan De Goey, Darcy Moore and skipper Scott Pendlebury all coming out of contract at the end of next year.

Aish is one of several names that has been linked to a move out of the club to relieve some of this pressure, along with Rupert Wills, Matt Scharenberg and Mason Cox.

While it’s unclear at the moment if there’s a serious suitor for any of the latter three, it seems likely that Aish will become a Docker in 2020.

Brad Hill still appears St Kilda bound despite reports on the weekend that Geelong had entered as a late challenger for his services, and were willing to send Sam Menegola to Fremantle as part of a deal.

It’s understood that St Kilda’s financial offer to Hill, in the realm of $900,000 per season, is more than the Cats would be able to match, making it difficult to see Hill agreeing to the move after already nominating St Kilda as his preferred destination.

St Kilda’s attempts to get a deal done for Hill may have been helped by the news that Gold Coast’s Ben King signed a two-year contract extension with Gold Coast, through till the end of the 2022 season, earlier this morning.

The Saints had publicly confirmed an interest in King should he be available at the end of next season, and it was widely speculated that they had ruled out using next year’s first-round selection in any trade deal, believing they might need it in a 2020 trade for King.

With that prospect now appearing to be firmly off the table, it gives St Kilda a larger range of assets from which to negotiate a deal, important given they also need to broke trades for Zak Jones, Dougal Howard, Paddy Ryder and Dan Butler. 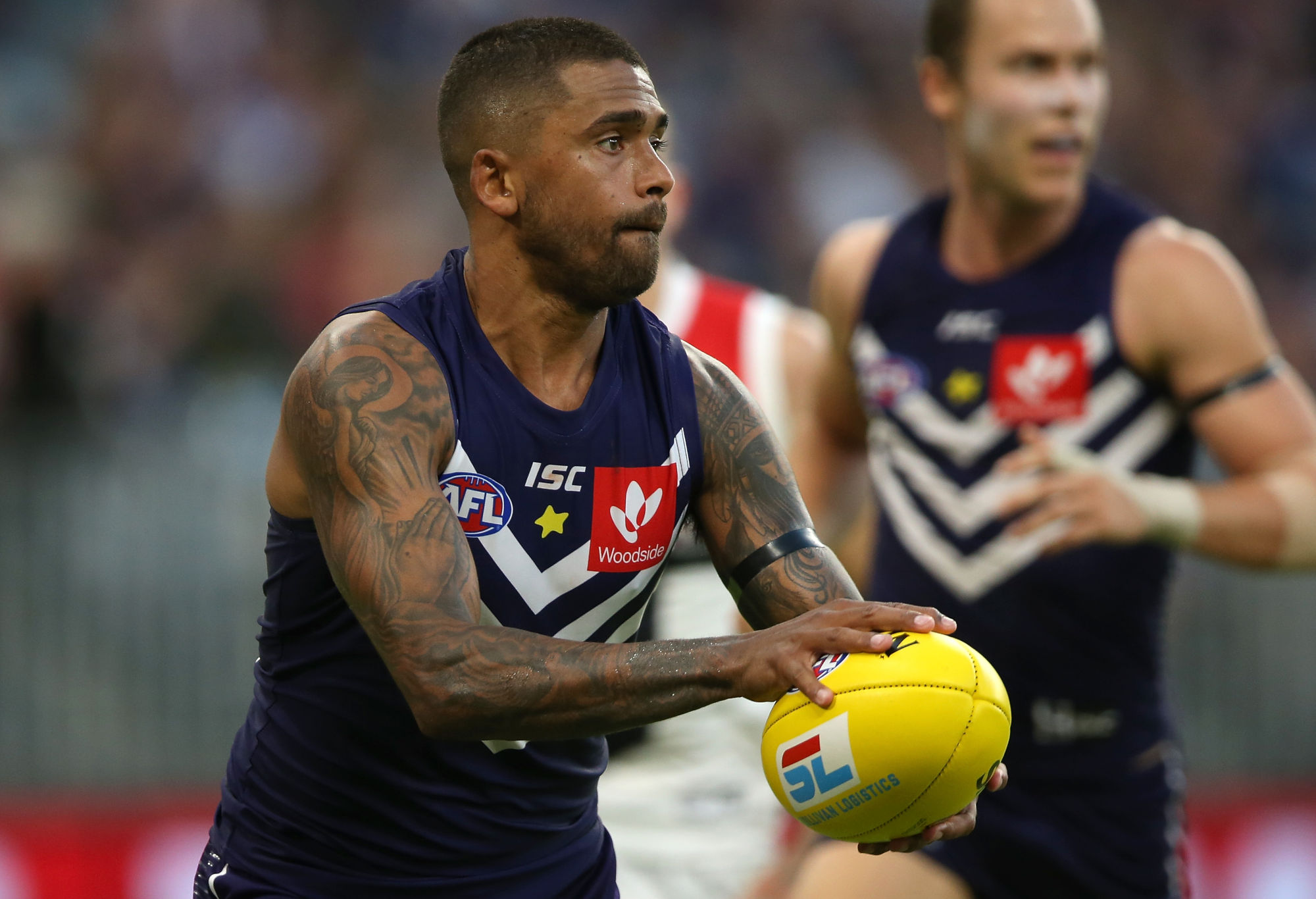 In other news from the day, it’s understood that Sydney will secure the services of Lewis Taylor on a three-year deal, which does suggest they’re planning for life without Tom Papley.

Another fringe Lion, Tom Cutler, is set to find a new home at Essendon, with the Bombers and Bribane having already engaged in trade talks.

It’s also understood that Hawthorn ruckman Marc Pittonet will be traded to Carlton on a two-year deal, with a likely knock-on effect of Andrew Phillips leaving the Blues to join Essendon.

Geelong’s Zac Smith, who had also been linked to Essendon, will accept a two-year deal to return to the Gold Coast Suns, where he began his career.