With the Saints currently holding picks 12, 18 and then nothing until 76, I’ve put my list manager cap on and come up with a six-trade strategy to get all five targets to the club.

Trade one: Brad Hill
Last week the Saints would have been reticent to consider trading their first-round pick in the 2020 draft, as they may have felt they should hold onto it for a potential Ben King deal next year.

However after King signed a two-year extension with Gold Coast on Monday morning, that pick is now freed up to work into a potential trade deal.

The Saints should deal pick 12 this year and their 2020 first-round selection to Fremantle for Hill, and get back the 2020 second-round pick Fremantle received from Melbourne last week as well.

Freo should be happy enough with that – it effectively means a first-rounder each for Hill and Langdon, and an upgrade in the second round this year. A worthy result.

And don’t worry about the Saints’ future, we’ll get them another first-round pick back before all is said and done.

Trade two: Zak Jones
That future second-rounder doesn’t need to stay at the Saints for long. It should go straight on to Sydney to swap for Zak Jones.

Obviously it’s a bit up in the air as to where Melbourne will be on the ladder next year, so it’s hard to say if this is good value, but the Swans should be happy to accept a future pick for Jones.

The reason is that they’ve got two likely first-round selections coming in via their academy next year in Errol Gulden and Braeden Campbell.

Stockpiling points now to pay for them next year is a smart move. 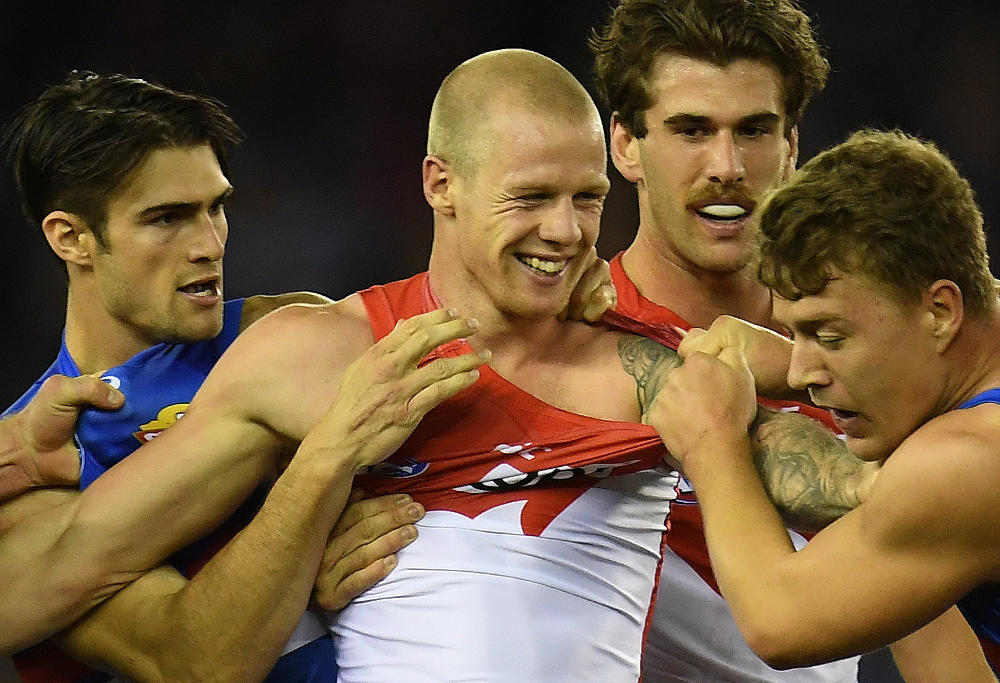 Trade three: Dougal Howard and Paddy Ryder
Dougal Howard is a classic trade period story: a bloke who nine in ten AFL fans wouldn’t be able to pick out of a line-up (myself probably included) is all of a sudden worth a first-round draft pick.

I’ll leave the debate for those more familiar with Howard’s form, but it’s fair to say that if the Saints have as reported given him a $3 million over five years contract offer, a top-20 pick is a fair request.

They have pick 18 from their swap with GWS and that’s about right. But it’s fair for them to ask for a little more value – get Paddy Ryder rolled into the deal, and Port Adelaide’s 2020 third-round pick.

Port don’t have as much high ground here as they’d like, it was the Power who encouraged Howard to consider his options at another club. For a bloke who is surplus to requirements, this is a good deal.

Trade four: Jack Steven
Next up we start moving some players out. We know Jack Steven wants to go to Geelong, but the Cats are reticent to give up too much in a deal.

Bundle up that future third-rounder from Port with Steven and trade it on to Geelong for their 2020 second-round pick.

If the clubs stay in roughly the same place on the ladder, that’s only a drop from around the mid-30s to the mid-40s next year – a very fair deal for Geelong, given Steven’s quality.

Clubs aren’t technically allowed trade out both their future first and second-rounders, but there’s a little loophole where it will be allowed if you get one back in (Hawthorn did this in the Jaeger O’Meara deal), so this is legal.

This works great for both clubs – St Kilda manage to get back into the first round of next year’s draft, and if their new recruits help them move up the ladder then it might not even be that different a pick from what their original selection would have been.

The Bulldogs, meanwhile, are already aware that they have a highly-rated NGA prospect in next year’s draft, Jamarra Ugle-Hagan, who they’ll need to match a bid for.

That bid will in all likelihood come before where their first pick would fall, so swapping it for two second-rounders is no big loss.

If the Cats, Dogs and Saints all finished around the same spot next year as they did this one, this would actually give the Dogs nearly 100 extra points with which to match that bid.

For that reason, it’d be pretty fair to ask them throw in pick 53 this year back the other way. They have four picks before that in this year’s draft, they can afford to give it up.

The overall net result: Essentially, St Kilda land their five trade targets in exchange for letting Steven and Bruce leave the club, giving up pick six this year and their 2020 second-rounder, and probably seeing their 2020 first-rounder drop about half a dozen spots down the order.

That’s a solidly good result if you ask me! And I believe the trades suggested above provide good results for the other clubs involved also. Let me know what you think in the comments.