In reaching the quarter-finals for the first time, Japan have single-handedly hauled this World Cup out of the flames of disaster.

The typhoon-induced cancellations, controversy over cards and the collective failure of the other second-tier nations to seriously challenge the status quo had put this tournament on track to become a fiasco.

But in topping their group with four straight wins, the hosts themselves have given us something to savour.

They are the first Asian team into the quarter-finals – meaning all the continents have now been represented at that stage – and just the 13th nation to do so.

Fiji, Samoa and Canada are the only tier-two teams to have made the last eight previously, though none have done so since the former in 2007.

Japan is also the first second-tier nation to top its group, achieving this with four straight wins. Incredibly, they have now gone from one win in seven appearances at the World Cup to eight from nine. This includes three victories over first-tier teams.

And the cherry on top is they get to face a team they have already beaten at the World Cup before, South Africa. 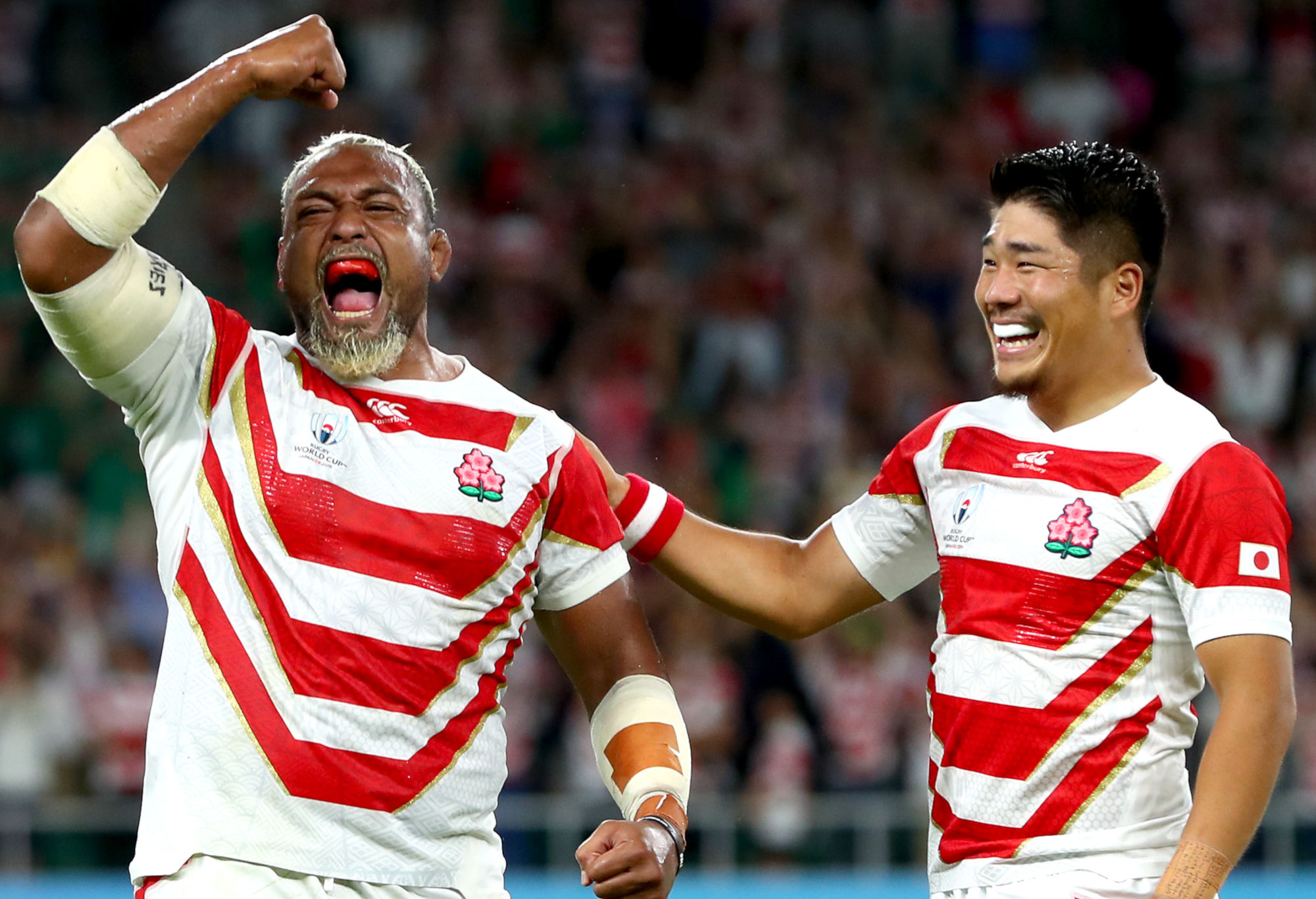 Meanwhile, Scotland miss the last eight for just the second time (following 2011), and Ireland face rugby’s Everest in their quest to reach the semi-finals for the first time.

The other two quarter-finals shape up as classic encounters, pitting former winners England and Australia against each other, and a rejuvenated French side against one of the pre-tournament favourites, Wales.

But not even this is going to paper over the cracks of the tournament’s failings. Was Japan really the right choice when a proven host like South Africa has been rejected time and again? Was the World Cup itself the time to impose such strict interpretations of the tackle laws?

And by far the biggest concern has to be the continuing hierarchy in the game, with only the host nation bucking the trend on this occasion.

Samoa and Canada simply shouldn’t have been there. Both have been at a low ebb for some years; the latter perhaps its lowest ever, and it’s a real shame Namibia didn’t get the chance to play them and perhaps end their unbeaten run at the tournament.

Russia, which has formally entered the race to host the 2027 World Cup, were only standing in on this occasion and by no means disgraced themselves.

But on recent form it’s doubtful Romania would have made much impact either, had they not been disqualified.

Fiji, the USA and Georgia were particularly disappointing, failing to build on their achievements of the past few years.

The former promised to be back to their best after last year’s historic win over France. Instead they were on the receiving end of one of the tournament’s major upsets when beaten by Uruguay in Kamaishi.

America, regarded as the ‘sleeping giants’ of the game with 120,000 registered players and professional rugby off the ground, appeared set to soar after defeating Scotland in Houston in 2018.

But they failed to rouse from their slumber in Japan, suffering four straight losses.

As for Georgia, they remain the only second-tier nation never to have beaten a first tier side, and that never looked likely to change.

Sure, the Lelos picked up a win over Uruguay and gave the Wallabies a thorough workout, but 12 years after almost upsetting Ireland, is that really the extent of their ambition?

So it was left to the Brave Blossoms to rescue the tournament, and this they managed with thrilling victories over Ireland and Scotland.

Their fans packed the stadiums and television ratings broke records. Will this be enough to quell the storm which seems certain to follow a tournament with so many controversies?

There’s an awful lot for the international board to mull over before the next World Cup in 2023, and the general lack of progress among the second-tier contenders needs to be top of the agenda.