Mitchell Starc is battling to regain his Test spot, while Alex Carey is continuing his hot form and Tim Paine is finally back in the runs. These are among the talking points from the opening round of the Sheffield Shield.

Starc is struggling
The tall left armer has never been a consistent Test cricketer but his form has been particularly patchy since the first Test in South Africa last year.

Since then he’s averaged 35 with the ball from his 11 Tests and was largely sidelined during the Ashes, playing just one match.

His value on flat home pitches is undoubted. Yet the Australian selectors will have been disheartened by his lack of impact for NSW against Queensland.

Taking just one wicket in 39 overs is very poor for any bowler but is particularly concerning for a pure strike bowler like Starc.

With Pat Cummins and Josh Hazlewood all but locked in for the first Test, Starc faces stiff competition from the likes of James Pattinson and Jhye Richardson for the third pace spot.

He was fortunate Pattinson had no influence in this round after getting stuck on a dud pitch in Melbourne.

Richardson, meanwhile, was solid taking 3-58 from 31 overs at the WACA. Right now Starc is a long way from being a certainty for the Tests against Pakistan. 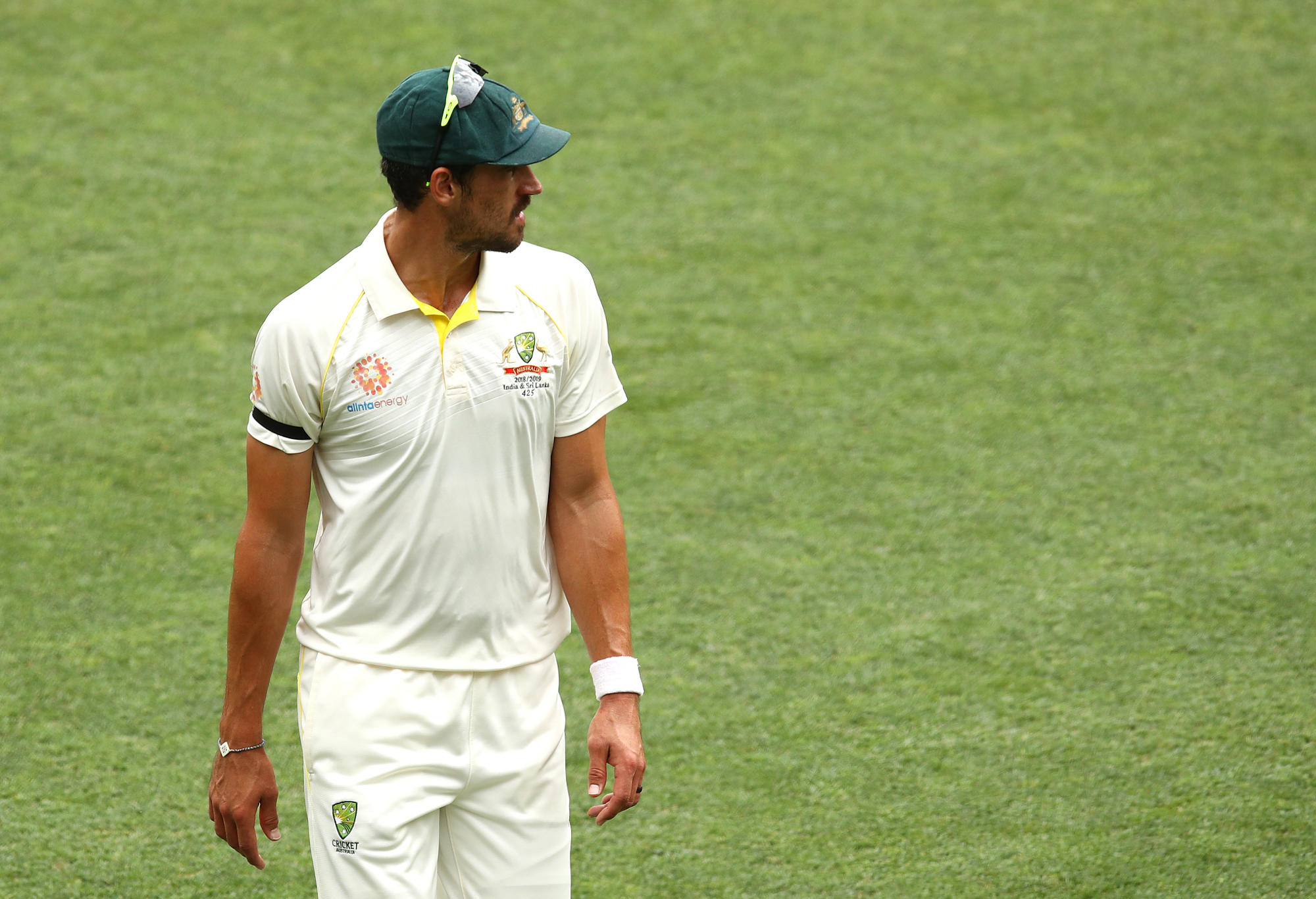 Junction Oval farce
1287 runs scored for the loss of just 12 wickets. That was the farcical situation that unfolded between Victoria and South Australia on a comically-flat pitch at the Junction Oval.

While the MCG has been unacceptably batting-friendly for several years now, the nearby Junction Oval has offered a better balance between bat and ball.

In the four other Shield matches at the ground in the past 18 months, the average total for all first innings was 288.

Yet so sleepy was this latest surface that SA batsman Tom Cooper, who has played first-class cricket for 11 years, said it was the flattest pitch on which he had ever batted.

Even a very strong Victorian attack of James Pattinson, Chris Tremain, Jon Holland and Scott Boland was rendered powerless by the dopey deck.

Angered by Head’s refusal, Handscomb proceeded to use over after over of horrendous spin delivered by himself, Marcus Harris and even James Pattinson, who sent down some offies.

This was a terribly bad look for Australia’s revered first-class competition.

Australia’s wicketkeepers are in the runs
World Cup star Alex Carey was a late bloomer – he didn’t become a regular in the SA Shield team until he already was 25 years old. Now he is flourishing as a red ball batsman.

In his last 10 first-class matches, Carey has made 717 runs at 55, including three centuries.

The latest of those tons came in the runfest at the Junction Oval in this opening round of the Shield.

It should be noted that it wasn’t until after Carey was dismissed for 115 that this match fully descended into a circus, with rank part-time bowlers used liberally. Granted, it wasn’t the most meaningful of tons.

But Carey looked in imperious touch throughout this knock, continuing the wonderful form he displayed in ODIs this year.

The left-hander will face a much sterner challenge this week at the bowler-friendly Gabba against a fine Queensland pace unit.

His impressive returns in first-class cricket have positioned Carey as the No.1 contender to succeed Test keeper and skipper Tim Paine when he retires, likely in the next 12 to 18 months. 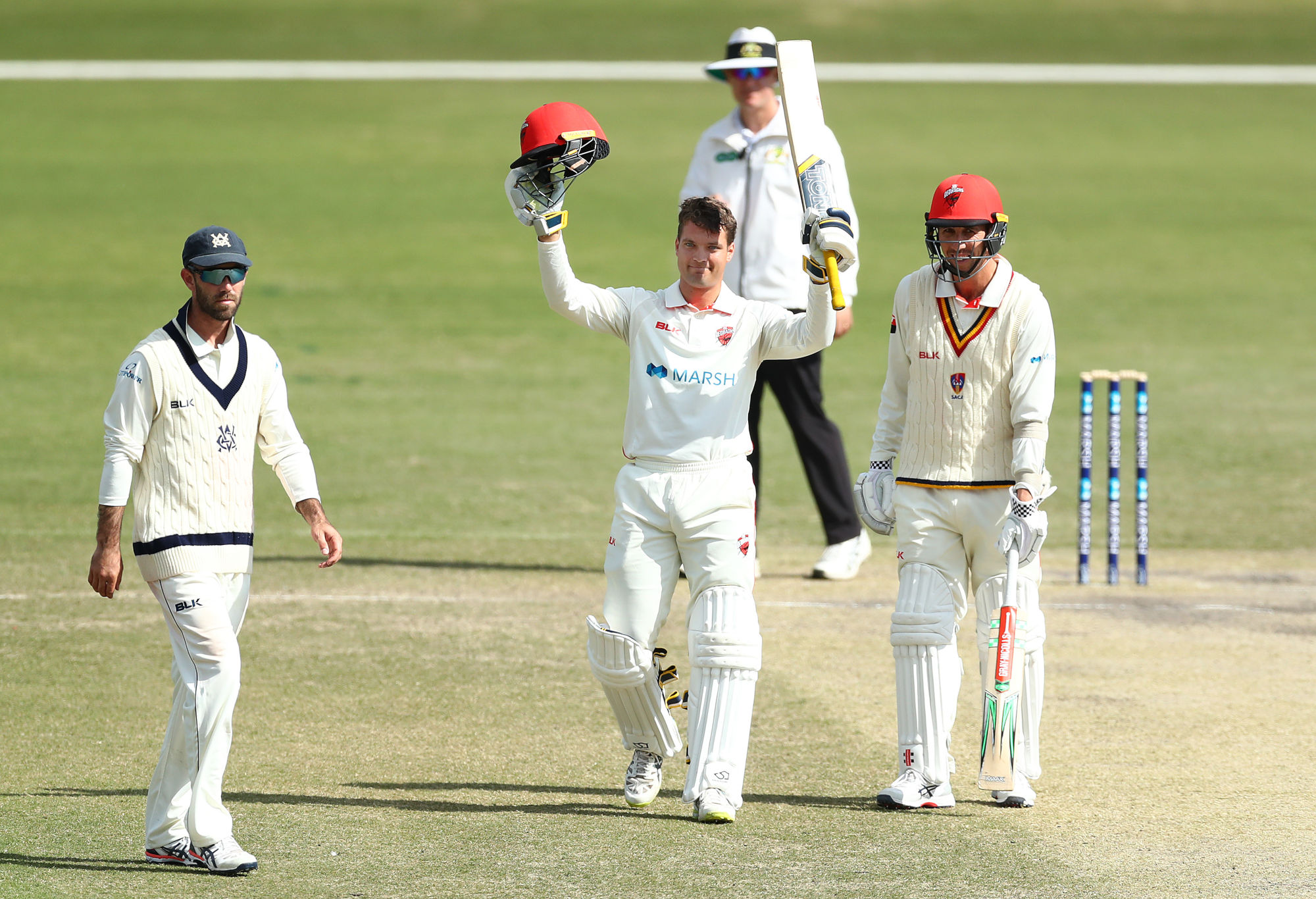 Paine eased the pressure on his Test spot by making a commanding 121 against Western Australia at the WACA on the weekend.

He came to the crease with Tasmania in bother at 5-176 and steered them to a good total of 397 with his first ton in the longest format in 13 years.

Australia will hope this can mark a turnaround in form for Paine. He was excellent with the blade early in his return to Tests but since has laboured, averaging only 21 from his last 12 Tests.