VAR has changed football, but we only have ourselves to blame

Besart Berisha has still got it, Brisbane Roar can still surprise us and VAR is still dominating all the discussions after a wild opening weekend of A-League action.

The Mariners should have pushed the boat out to try and sign Berisha.

The Gosford side could certainly do with his predatory instincts, and while it’s doubtful the one-time Kosovo striker would have moved to a club outside Melbourne, it’s clear Western United will benefit from rolling the dice.

Because Berisha was never going to have forgotten how to score just because he spent an unsuccessful year at Sanfrecce Hiroshima, and the A-League’s record goal scorer did what he does best in Western United’s 1-0 win over Wellington Phoenix.

And the A-League newcomers proved – unsurprisingly, if you ask me – that they will be no easy beats this season.

A starting side containing Filip Kurto, Andrew Durante and Ersan Gulum was never going to be a pushover, but it was a couple of Western United’s other big names who really caught the eye.

We can pencil Alessandro Diamanti in as a genuine contender for the Johnny Warren Medal.

The Western United skipper looks a class above the usual standard of A-League import, and both the Italian and fellow midfielder Panagiotis Kone will boss plenty of rivals around this season.

Then there’s Berisha. He’s always been a master of dropping off the shoulder of the last defender and he was in the right place at the right time to knock home Josh Risdon’s volleyed cutback.

It was no less than the newcomers deserved and Mark Rudan’s frenzied celebrations at full-time showed just what it meant against his former club.

So we can breathe easier over Western United, who will hopefully run out in front of a decent crowd at GMBHA Stadium next Saturday for their Round 2 clash against Perth Glory.

But what about Brisbane Roar? For 90 minutes at HBF Park yesterday they looked like the Roar of old, even with nine of the starting eleven making their A-League debuts.

And with four minutes of stoppage time having already elapsed, Robbie Fowler looked set to end his own A-League coaching debut with nothing to show for it.

But when Jay O’Shea chipped over a floating cross to substitute Aaron Amadi-Holloway, the trajectory of the Roar’s season may just have changed with it.

Because Amadi-Holloway – who looked a real menace in a brief cameo off the bench – steered the ball back across goal for Roy O’Donovan to head home. 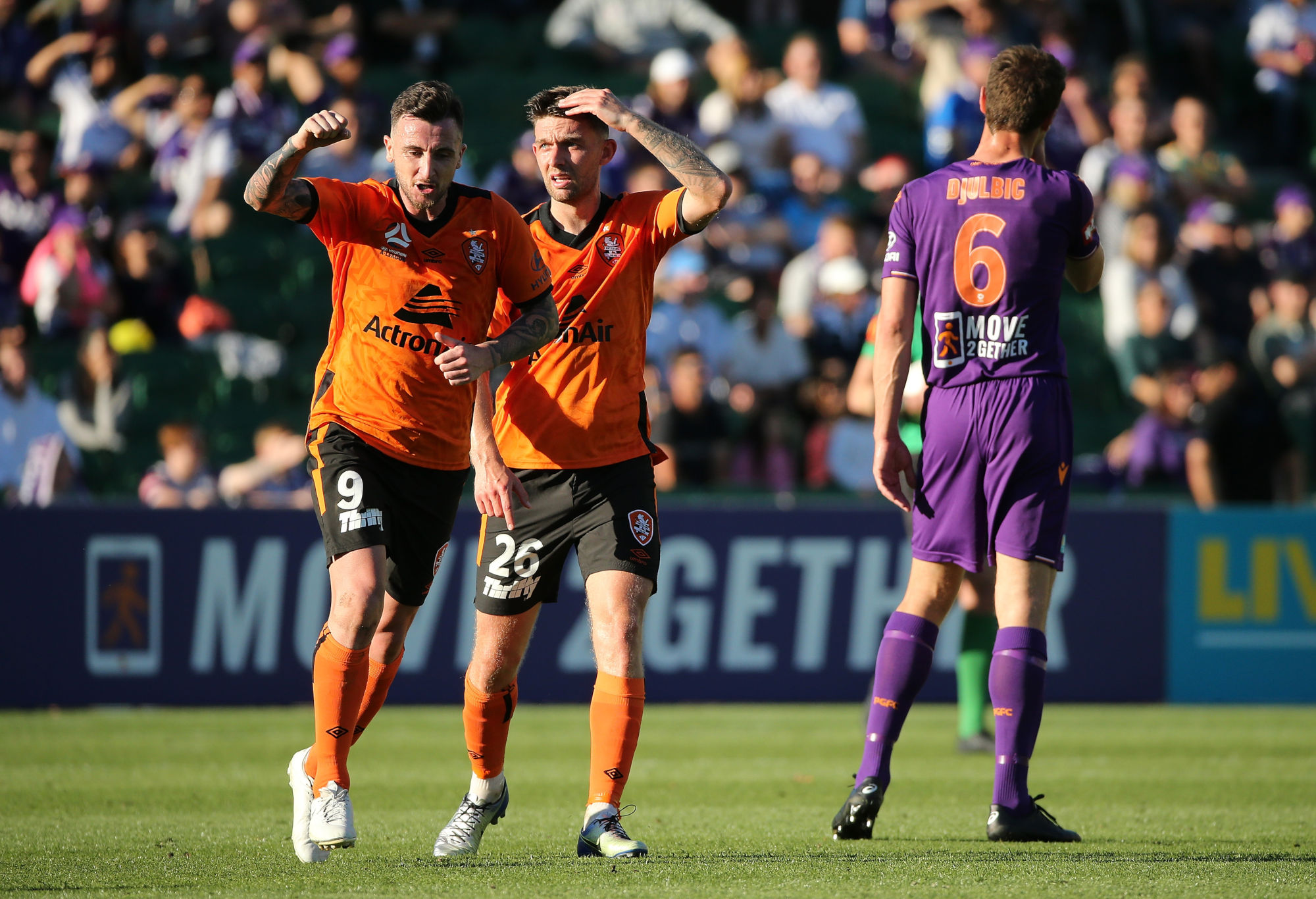 And then the round ended the same way it began – with the intervention of VAR.

All across social media for the entire weekend, A-League fans made it abundantly clear how much they dislike the VAR.

And it’s not hard to see why given the fact the only game that didn’t contain a crucial VAR decision was Western United’s win in Wellington.

But here’s the thing: if it wasn’t for the VAR, the Roar would have left Perth empty-handed after the linesman flagged for an offside call that was overturned.

What would the headlines have been then?

And why was FIFA so keen to introduce VAR in the first place? In part because fans were increasingly taking to social to media to complain about refereeing errors.

A big part of the reason we now have VAR is because we couldn’t cop it when a referee made a mistake that was beamed into our living rooms on live TV.

For better or worse – and in my opinion, VAR has made the game worse – there’s no turning back now.

We reap what we sow.

Western United and Brisbane Roar probably feel the same way after what was an entertaining opening round of football.