A rare pat on the back for a World Cup referee

In what could only be described as the most scintillating match of the tournament between Japan and Scotland, the Brave Blossoms’ crisp attack and beautiful offloads led to a World Cup finals berth. The Scots rallied and waged an admirable comeback but ultimately fell short. Despite the exhilarating performances from both sides, it was Ben O’Keeffe’s officiating that stood out above all. 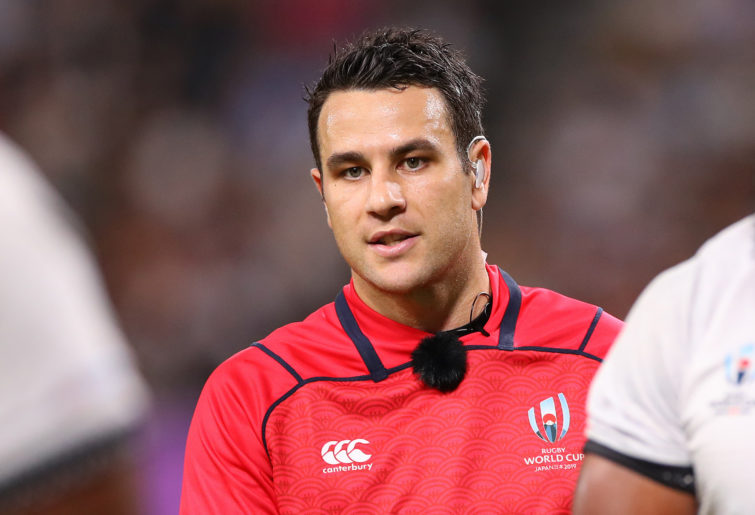 O’Keeffe showed a game awareness that hadn’t previously been seen at this World Cup, when a suspected high tackle from Scotland’s Jonny Gray in the 29th minute was referred to him by the TMO.

Going off previous games and refereeing decisions, it could be argued that this would have likely been a cardable offence.

However, after reviewing the tackle, he decided that he did not see clear foul play. There was an unfortunate clash of heads, but he understood there was a drop of the ball-carrier’s body and the defender had tried to make a good tackle, which resulted in a penalty instead. This showed O’Keeffe’s brilliant game awareness in considering the intent of the tackler when making his decision.

He was also faced with a 45th-minute Kerevi-esque forearm bump from a Brave Blossoms ball carrier to the chin of Scottish hooker Fraser Brown. Even after Brown’s multiple attempts to persuade the referee that the forearm was illegal, O’Keeffe wasn’t having any of it.

Brown proceeded to sit on his knee while holding his shoulder in an attempt to gain the attention of the referee. As Rod Kafer said, “I don’t think Ben O’Keeffe, will be fooled by that”.

The Japan vs Scotland officiating has set the example of how to ensure a great contest is nurtured. Ben O’Keeffe provided a perfect mix of control and flow, allowing the game to be fought and won solely by the opposing sides.

If O’Keeffe’s refereeing of Japan vs Scotland is a display of what’s to come, we are in for an exciting finish to the World Cup.