World Rugby’s adoption of the new high tackle framework in the World Cup is being both applauded and criticised.

Now that the quarter-final showdowns have been decided, the rugby world is gearing up for an exhilarating finish.

However, spectators are concerned that the implementation of this framework could influence the outcome of the tournament. Therefore, the referees’ decisions regarding what constitutes a high tackle and what doesn’t will be of utmost importance.

Of course, lazy and dangerous tackles must be punished to protect the players’ welfare, but as displayed throughout the World Cup, the laws are slowly being swallowed by grey areas.

These grey areas are becoming larger due to fateful referring decisions made throughout the group stages of the tournament. In the Australia vs Wales match, Romain Poite deemed Australian ball-carrier Samu Kerevi responsible for the tackler’s welfare.

More recently, in the Ireland vs Samoa match, referee Nic Berry red-carded Bundee Aki for a high tackle on a Samoan ball-carrier despite the fact that he fell into Aki’s shoulder. Aki is now facing a ban that will rule him out of the rest of Ireland’s competition. 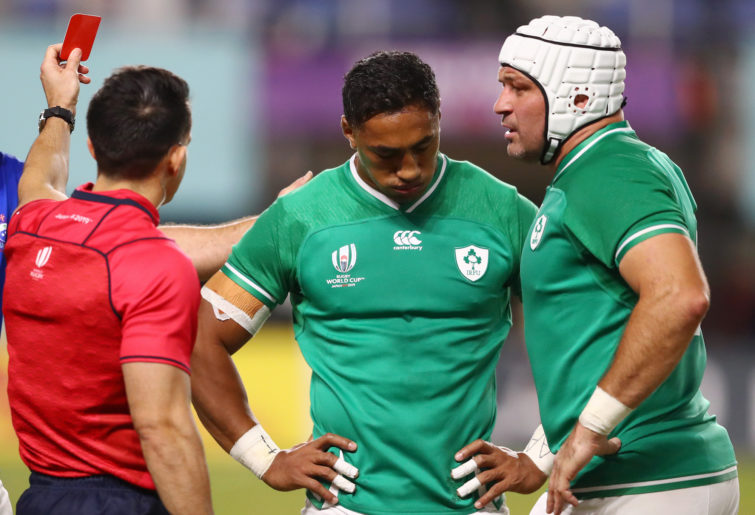 The tremendous advantage that a yellow or red card gives the opposing side could warrant exploitation of this high tackle framework.

In answer to the questions regarding whether players would exploit the game in this way, I present a case study. You may recall the AFL’s 2014 ducking saga where various teams and players cleverly exploited the introduction of new laws that protected player welfare to obtain an advantage in the game. Joel Selwood was known all too well for this contentious tactic.

The difference with the AFL umpires compared to rugby is that they were allowed to make in-game decisions based on their game awareness in order to discourage exploitation. World Rugby’s high tackle framework inhibits this game awareness in rugby refereeing. So, if the framework was ever exploited, they would have no choice but to award it.

Obviously, the rugby referees must enforce the laws provided to them but they must also utilise an awareness of this exploitation in the coming matches.

If ducking into tackles to exploit the referee’s decisions were to enter into game plans, as it did in the AFL, it could have dangerous repercussions for the players. Due to the resulting yellow or red offering a tremendous advantage over the opposing side, it is only a matter of time.