The ins and outs for WBBL05

Tonight the sixth edition of the WBBL commences at North Sydney Oval with the Sydney Thunder taking on the Sydney Sixers.

I’m genuinely excited about this summer for a couple of reasons.

The first is that this will be the first ever standalone WBBL season. We have seen the appetite for women’s cricket continue to grow over the last couple of years and after the sold out stand alone final between the Sixers and the Heat last year at Drummoyne Oval, I’m confident that this season will be a success.

A stand-alone season gives the women’s season clear air, it means there are no clashes with men’s internationals or the BBL.

It may take a couple of weeks, but hopefully we will be able to train the Australian public to know that starting in October you can turn your television on on a Friday, Saturday and Sunday and see cricket.

There has also been an influx of young players into the competition this year including the likes Amelia Kerr, Phoebe Litchfield, Hayley Silver-Holmes, Kate Peterson, Maddy Darke and Stella Campbell.

These young women are the first generation to have grown up with female cricketing heroes and have slowly progressed through the elite Cricket Australia and state pathways.

There is also plenty at stake this season; far more than just a WBBL Premiership.

With the ICC T20 Women’s World Cup coming to Australia in February next year, many of the women competing in this tournament will be looking to stake their claim on a spot representing their country.

No doubt this will push some of our athletes to new heights and for the Aussies, potentially giving coach Matthew Mott some selection headaches.

It also means that there will be no Indian players featuring in the tournament this year. India has a four-week tour of the West Indies which happens during the WBBL and a decision has been made to make that tour the priority.

Stefanie Taylor (who has moved from the Thunder to the Strikers) will miss most of the middle of this season as she heads back to the Caribbean to compete for the West Indies. 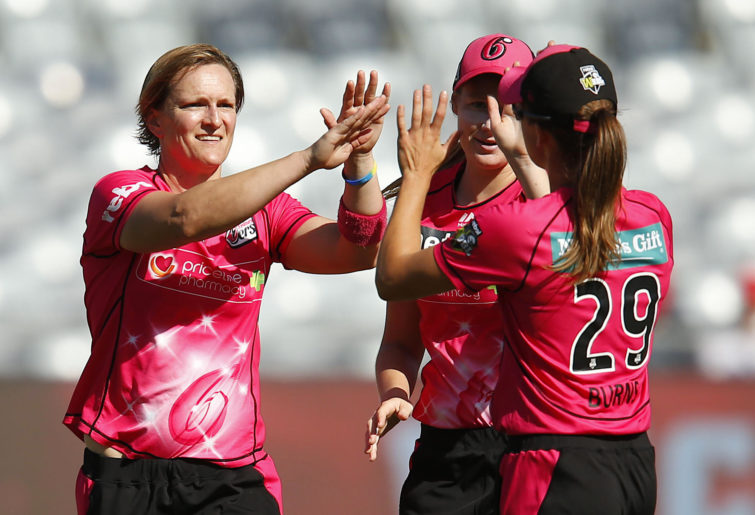 The WBBL is back tonight! (Photo by Darrian Traynor/Getty Images)

The Sydney Thunder welcome Nida Dar to their team this year. Dar becomes the first woman to play in the WBBL from Pakistan.

This opportunity gives Dar the chance to show Australia what talent from Pakistan looks like but hopefully will also provide increased visibility for young people in Pakistan about the opportunities available for women to play cricket.

Shabnim Ismail from South Africa also joins the Thunder squad and this is the first time she has competed in the WBBL since its first edition where she played for the Renegades. She is a genuine fast bowler and I am looking forward to seeing what she adds to the competition.

My predictions for the top four this year are the Sixers, Thunder, Heat and Renegades. But don’t take too much notice of that because given the big changes that have happened across the squads, it’s hard to know how quickly squads will come together and which players will perform.

Josie Dooley is one to watch who has moved from the Heat to the Renegades, no doubt looking to take the wicketkeeper position. She will be joined at the Renegades by Tammy Beaumont, Makinley Blows, Courtney Neale and Carly Leeson.

The Renegades also have a new captain in Jess Duffin who replaces Amy Satterthwaite who is taking some time away to have her and Lea Tahuhu’s child.

There have also been big changes at the Hurricanes with several players moving there from the Sydney Thunder including Maisy Gibson, Nicola Carey and Belinda Vakarewa. 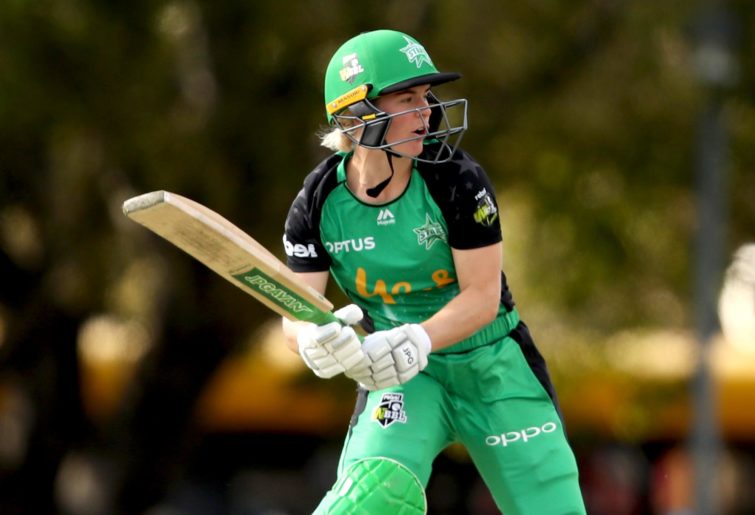 These women will be joined by Tayla Vlaeminck, who will no doubt be looking to have an injury free summer and cement a spot in Australia’s T20 World Cup squad.

For the Melbourne Stars, their big news is that the have a new captain in Ellyse Villani and for the Perth Scorchers their squad will be bolstered by the addition of Georgia Redmayne from the Hurricanes.

This promises to be the most exciting summer of WBBL just yet and with a World Cup just around the corner I’m expecting some quality cricket.

It didn’t help much though, India chased down the target inside 5 overs. 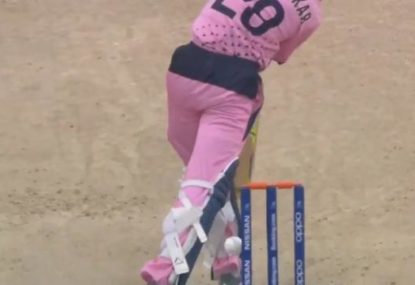 The Renegades batsman failed concussion protocols and was subbed out of the game. 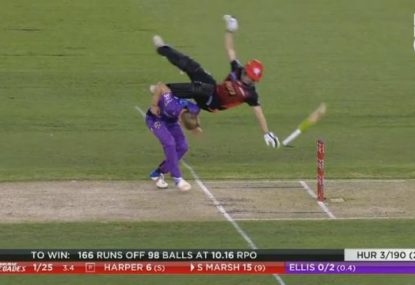 The Hurricanes opener scored 66 off 29 deliveries. 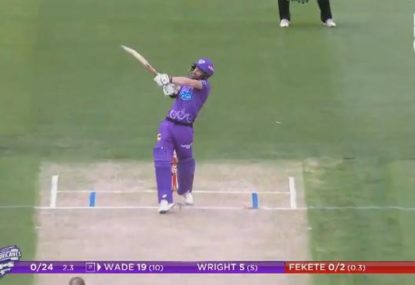