Yongbin Chen signs with Adelaide: Does anybody win?

Tokenism has long been an issue when it comes to the signing of Asian players, especially in Europe where, perhaps not as much now, their signings were often viewed in a cynical light; they’re just there to sell a few shirts.

It’s taken a long time, a lot of hard work and a lot of standout performances for attitudes to start changing, but it’s not been completely eradicated.

Tokenism comes in many forms, it’s not always about selling shirts, and at the other end of the spectrum, there is the announcement this week that Adelaide United has signed 20-year-old Chinese midfielder Yongbin Chen from sister club Qingdao Red Lions as their fifth and final visa player.

“Who?” I hear people cry from the City of Churches and beyond.

Who indeed. Very little, if any, information exists on Chen on the internet, which is usually never short of at least some information on almost any player that has ever kicked a ball.

Given my work covering Asian football I belong to a WeChat group with over 150 people, from China and around the world, who follow the Chinese game religiously. So I put the question to them – has anyone heard of Chen or know anything about him?

Nope. Not a thing.

Now Adelaide United is obviously allowed to sign who they like, and it’s up to them to use their visa spots in whatever way suits them but is this really the best use of a visa spot? What is the end goal here?

Is plucking an unknown footballer who has never played a senior game to fill one of the five visa spots on an A-League roster really the best way to go about it?

Interestingly, in the press release announcing his signing there was not one comment from the player or new Director of Football Bruce Djite. Only from Chairman Piet van der Pol.

Compare that to other visa signings made by Adelaide United – and I went back and had a look at another signing announcements from this past off-season and they all included comments from both player and Djite – and the difference is stark.

It naturally leads to questions about how much the senior football department staff support, or had input towards, this decision.

Asian footballers are at a premium in the A-League and they tend to be judged more harshly than their European or South American counterparts.

Get a bad player, and it’s evidence for a lot of people that the talent isn’t there in Asia and they’d be better off signing another player from Europe or South America.

That conveniently ignores how many awful foreigners have been signed from those continents, and yet, as respected football hotbeds we keep going back to the well. With Asian players, fans remember the bad ones and they have long memories. 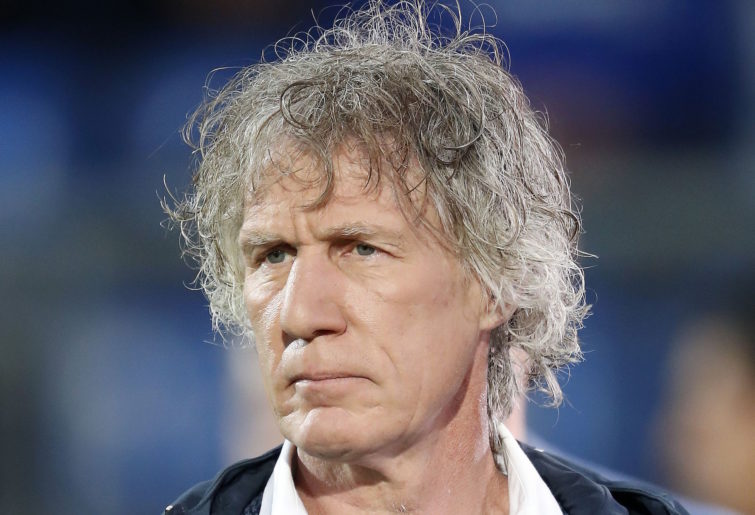 There are dozens and dozens and dozens of talented players right across Asia that could walk into the A-League and perform, a lot of it right on our doorstep in Southeast Asia. If Adelaide want a player to make an impact, that is where they should be looking.

Given, from what we can tell, that Chen has never played for Qingdao Red Lions in the Chinese third division, is it likely he’s going to come here and become a regular first team player? I would say not.

Adelaide could strike gold and become one of the only clubs in the world to unearth a truly hidden gem in China, but let’s be honest, that’s unlikely to happen.

Which begs the question of whether he will even play at all? If he does you can bet the cynicism will rear its head – is it based on ability or is it tokenism?

The same questions dogged Ma Leilei – a player with a far more impressive CV than Chen – when he was signed by Newcastle Jets at the behest of new owner Martin Lee. After a handful of appearances, he was cut loose, never to be seen again. What was the benefit of it all, for the player and club? Very little.

For a club and ownership group that has done so many things right since taking over, this seems an odd misstep. Creating a link between the two clubs owned by Piet van der Pol is smart business and there are endless opportunities that could come from strengthening those ties. No one will argue that point.

But that relationship is still at the embryonic stage, and I would argue neither side is ready for this move. This appears rushed.

This, sadly, appears like tokenism and that does everyone a disservice.