England and New Zealand will now go head to head in the race to the final and based on today’s performance, Eddie Jones is going to need to pull something special out of his hat.

Ahead of today’s game the All Blacks were strong favourites but you couldn’t stop thinking about the 2018 loss to Ireland in Dublin and the concerns that this All Blacks side were vulnerable.

However any concerns were blown out of the water in a first half that saw the All Blacks race away to a 22-0 point lead and leave their opponents wondering what on earth had just happened.

The Kiwis have shown in previous games how they are comfortable absorbing pressure and then striking with the odd clinical play to get the scores they need.

Today they were like a lion that was all over its prey from minute one and was never going to let up. They played with pace and accuracy in attack and with brutal power and organisation in defence.

Aaron Smith didn’t end up getting the man of the match award but he was certainly man of the first half. He scored two tries and was the injection of pure adrenaline that set the tone for the pace the All Blacks played at.

While the All Blacks should absolutely be respected for how they played, the Irish also made things very hard for themselves.

For a side that prides itself on relentless control in defence, with ball in hand and kicking they will be bitterly disappointed.

They conceded 17 turnovers, missed over 20 per cent of their tackles and only made two clean breaks.

Three times throughout the game they had penalty kicks that should have gone into touch and been the launching pad for attack and scoring opportunities but instead ended up in the arms of the All Blacks who could then clear or counter.

This is simply not good enough at this point in the tournament or against this quality of opposition.

If you check out the stats you might assume this was a tight game – possession was 50:50, territory was almost the same and the Kiwis gave away twice as many penalties as the Irish.

However the scoreboard shows the reality and the seven tries that the All Blacks scored and the way the Kiwi defence suffocated the Irish was impressive. 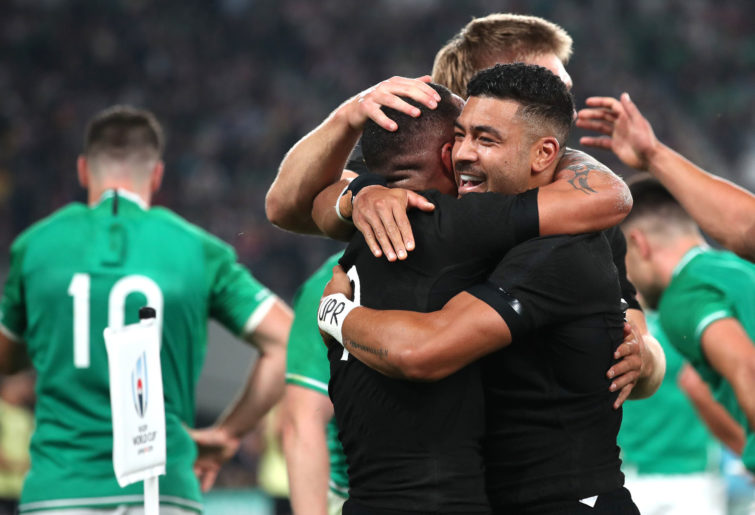 It’s been asked before – did Ireland peak a year or so too soon? Well the answer seems to be yes.

They had a poor Six Nations and while they did rise to number one in the world, there was something flat about their performances and you felt that they were going to struggle against the top teams when the pressure was on.

The Irish are losing two of their key men in captain Rory Best and coach Joe Schmidt.

This won’t have been the way they imagined their bowing out taking place but no one should forget the incredible contribution these two have made to Irish rugby over the past few years.

They leave it in a better place but still with some questions to be answered.

For the All Blacks this was an important performance. They are always under the spotlight and people always love an upset.

The intensity from the All Blacks was incredible and you have to wonder how anyone could cope with what we saw today.

But England are a very different team to Ireland and we’ll see next week whether Jones has a surprise in store for Hansen.