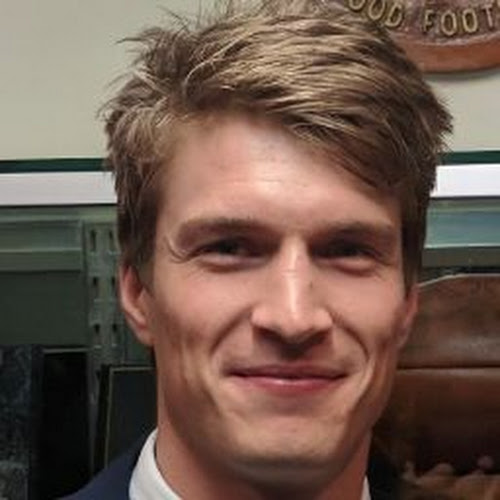 As we continue to digest the AFL Trade Period, whether that’s basking in the glory of a new-look roster, salivating over future picks, or dreaming of what could have been; there’s an extra ingredient at this time of the year that can get overlooked.

Some of the best additions year-to-year can come simply from players already on your club’s list. Whether it’s returning from ACL hibernation or soft tissue surgery, there are many players hopefully returning to action in 2020 who could have an equally crucial role for your club as the flashy recruits rolling in during the trade period.

Here are ten players who played fewer than ten games in 2019 who I am most excited to see have a big bounce back in 2020.

10. Tom Doedee (2019 games: 1)
Following the max exodus at the Crows this trade period, Doedee’s return from an ACL injury is a welcome one. With Alex Keath off to the Dogs following his breakout season, Doedee will slot straight back into his role as the number one interceptor at Adelaide. The 22-year-old had a magnificent debut season in 2018, rating elite for multiple categories as a defender, including intercept possessions, disposal efficiency, spoils and one-percenters, per AFL Stats Pro.

9. Dan Hannebery (2019 games: 5)
While the Saints brought in several names during the trade period, another that should impact the Saints bid for relevance in 2020 will be the man they acquired the year prior. Reports of a broken foot have emerged as I write this – writer’s curse! – but, according to Saints boss Simon Lethlean, the injury shouldn’t significantly impact his preseason.

The three-time All Australian and premiership Swan’s recent history has been unbefitting a player of his calibre. Just 28 years old, Hannebery’s promising and healthy end to the season brings hope and excitement to Moorabbin in 2020.

8. Joe Daniher (2019 games: 4)
Unless you’re a Dons fan, you’re probably sick of hearing about Joe Daniher this offseason. However, when Daniher’s cheeky grin and filthy ‘mo is on show, the game is in a better place. In the two years since Joe’s 2017 All Australian, 65 goal-campaign, he’s played in just 11 games and kicked 15 goals.

Following mid-year groin surgery and a tense offseason, Adrian Dodoro’s gamble could pay off should Daniher return to the dominant force he was just two years ago.

7. Devon Smith (2019 games: 7)
Another Bomber who should be in for a bounce-back next season is Essendon’s 2018 best-and-fairest tackling machine, Devon Smith. The pint-sized pressure package had a stand-out debut season at Tullamarine, setting a club and league record for tackles during a home-and-away season.

Smith provides elite pressure in the midfield and up forward, averaging 24.1 pressure acts for his career – third among active players, per AFL Stats Pro.

6. Nic Naitanui (2019 games: 5)
West Coast welcomed their dreadlocked dynamo back to the line-up late in the 2019 season. Naitanui’s return from a second knee reconstruction was somewhat soured by a syndesmosis injury only three games into his comeback. In his Round 17 match-up against Brodie Grundy, Nic Nat amassed 28 hitouts – nine to advantage – 14 disposals, nine contested possessions and 11 clearances in just 57 per cent time on ground.

When fit, the 29-year-old remains a dominant force in the ruck.

5. Callan Ward (2019 games: 1)
Grand Final performance aside, it’s scary to think the Giants made it to the big dance without their co-captain, Callan Ward. The classy and consistent midfielder will add further depth to a midfield brigade featuring Stephen Coniglio, Josh Kelly, Tim Taranto, Jacob Hopper, the human clamp, Matt De Boer and the role-changed Zach Williams and Toby Greene – who also proved their midfield chops in 2019.

Where Leon Cameron deploys Ward and his luscious locks in 2020 will be fascinating.

4. Alex Rance (2019 games: 1)
The genuine excitement and joy Alex Rance displayed while sitting on the sidelines during Richmond’s AFL and VFL premiership double was the epitome of ‘team’. Good blokedom aside, the Tigers will complement their already potent line-up by adding arguably the best defender in the competition next season.

At 30 years old and fresh off an ACL, the five-time All Australian may take some time to ease back to his best footy. What better team to nurture him back than the reigning premier?

3. Izak Rankine (2019 games: 0)
Early signs point to the 2018 draft class being special. There were so many great rookies that they managed to overshadow the fact that perhaps the most tantalising prospect in the loaded draft didn’t even play a game in 2019. Izak Rankine was the No. 1 ranked player in the 2018 draft according to the AFL Player Rating system, per Champion Data.

The Suns rookie suffered hamstring and hip injuries that limited him to just two JLT games and three games in the NEAFL last season. Gold Coast fans have plenty to be excited about in 2020.

2. Tom Mitchell (2019 games: 0)
The Brownlow Medallist in 2018, Tom Mitchell missed the entire 2019 season with a broken leg suffered in the preseason. Mitchell is the definition of a ball-magnet, averaging over 35 disposals in both 2017 and 2018.

His contested work and clearances will add serious grunt to a midfield that features rapid-rising star, James Worpel, along with Jaeger O’Meara, Chad Wingard and Liam Shiels. Fantasy coaches similarly rejoice the return of The Traders’ anointed “Pig”, who re-broke his record for total fantasy points in a season in 2018.

1. Sam Docherty (2019 games: 0)
After failing to land any big fish in the trade period, Blues fans still have plenty to be excited about in 2020. Carlton’s promising young core should be bolstered by the return of co-captain Sam Docherty next season. The 2017 All Australian hasn’t played a game in the past two seasons after suffering back-to-back ACL tears in the same knee in consecutive preseasons.

Of active players, Docherty holds the second best career-average for marks behind only Jeremy McGovern and averaged close-to 28 disposals, nine marks and six rebound 50s in his last full season in 2017.