The AFL stock market is back for a special trade edition, where we’ll look at which stocks to buy and sell after an extremely strange trade period.

In the AFL stock market, there are three categories: buy, hold and sell. If you’re a keen follower of the game and are looking to invest your time wisely, it’s well worth following the tips below

Buy: Tom Cutler
At such a cheap price, Essendon bringing in Tom Cutler is the one little light from a trade period that the Bombers should cop a bit of flak for.

Cutler will be 25 years of age at the start of the 2020 season, and there’s every reason to believe he slots straight into the best 22 and improves the club’s outside play immediately.

A tall wingman, Cutler improves the Bombers in two key areas they rated low in – outlet marks and inside 50s.

Having had to deal with injury throughout 2019, Cutler managed just three AFL games and nine NEAFL games where, in the latter, he averaged 22 disposals, seven marks, six inside 50s and kicked 15 goals, showing he was far too good for the level.

Clubs have become enamoured with the tall wingman this trade period and providing a strong target for the outlet defensive kick while maintaining forward structure is seemingly a tactic that will be employed next season.

Cutler isn’t the flashiest of recruits, many won’t know who he is, but he can certainly play good footy at the highest level and will provide Essendon with metronomic reliability in 2020, entering the prime years of his career.

Sell: Essendon and Sydney
There is quite obviously a fine line in the current landscape, where the universal opinion is that players have been given too much power with free agency, and clubs need to take a stronger stance.

Joe Daniher and Tom Papley expressed their strong desires to leave their respective clubs early enough for deals to be completed for both players.

Unlike St Kilda, Richmond and Hawthorn, who remained classy in the way they allowed their players to leave cheaply, identifying a better lifestyle or more opportunities as more important than the pick they received, Essendon and Sydney remained stubborn (or resolute if you’re wearing a list manager’s hat) until the very end.

Both Daniher and Papley had legitimate reasons to want to leave their clubs, and ultimately each team has a duty of care to look after its players.

Instead, a pure name-on-paper approach meant these two deals were intrinsically linked, given the Swans weren’t wanting to lose Papley if they couldn’t land Daniher.

It means any argument suggesting players should simply nominate states instead of particular clubs completely irrelevant.

Papley desperately wanted to leave and the Swans weren’t moving him without Daniher’s signature.

The same phrases are bandied around once players remain at their existing clubs – there’s the hope that Daniher and Papley will “fall back in love” with their clubs, because they’re “vitally important” players.

Of course, we hope that these two players are able to find enjoyment out of football in 2020, which is far more important than what they can produce on-field.

The reality is, if players are wanting to move, they generally have legitimate reasons to do so, and rejecting deals out of hand that may otherwise seem reasonable indicates a level of stubbornness that can backfire in the future.

Hopefully the Swans are far more accommodating for their 23-year-old small forward next year, should he wish to move to Victoria.

Player welfare is far more important than numbers on a page.

Buy: Future fourth round pick
This is more advice than anything else, as it’s the opposite of what most clubs did in the 2019 Trade Period.

No one voluntarily chased a 2020 fourth-rounder, it just happened to be there almost every day.

Should this type of pick have stumbled into the wrong hands, a superstar will be selected and half the clubs in the AFL will be ruing missing out.

We’ll need to wait until the 2020 draft, but hold your horses.

The future fourth rounder has a career ahead of him.

Hold: Western Bulldogs
It was excellent to see the Bulldogs land a key position player at both ends of the ground while holding onto Pick 13. 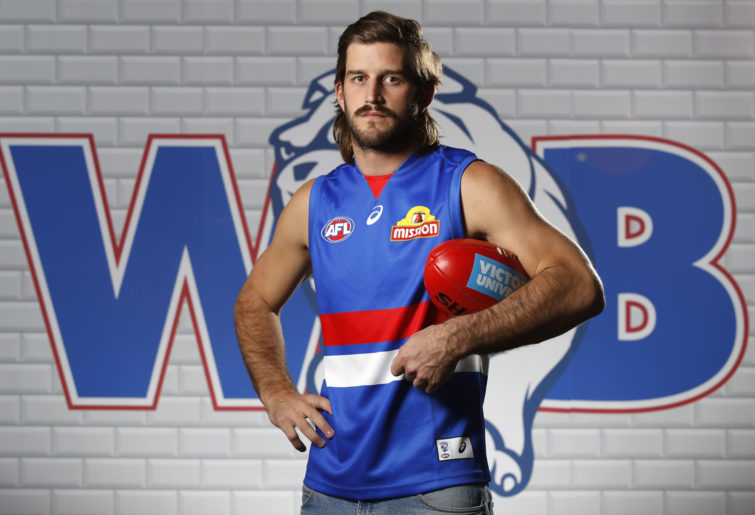 Suggestions of this elevating the team to immediate premiership contention and likely top-four finishers have been greatly exaggerated.

Josh Bruce has been a great servant for St Kilda since moving to attack, and his presence certainly helps give the Bulldogs a greater sense of strength in attack.

In his last three full seasons, Bruce has kicked 38, 36 and 36 goals, which his new club wouldn’t complain about.

The 27-year-old is tall and strong, at 197cm and 101kgs, but can often be out of games for long periods, and his presence isn’t felt at all.

Bruce had four goalless games and eight games where he kicked one goal this season, with his pre-bye performances leaving his spot in the team up in the air according to many Saints fans.

His contested marking is certainly a strength and meant he simply had to stay in the team, and the statistic is a key indicator of someone that could be important in a good team.

What the Bulldogs need, however, is the 50-goal 2015 season, where Bruce finished with four bags of five or more goals and averaged five marks a game.

His inclusion may allow Aaron Naughton to play in defence more, which would have a greater impact on the team than if Bruce were to simply have another year of 30-35 goals.

At the other end of the ground, it appeared to be clear that the Bulldogs needed to bring in a key defender.

The inexperienced but impressive Keath burst onto the scene this season at Adelaide, but he is a tall defender, rather than a key defender.

Intercepting high balls will certainly be of assistance to an undersized defence, but it doesn’t help the Bulldogs when it comes to locking down a big, power forward.

The hope will be that Lewis Young puts on a little more size to add to his height and is able to be reliable in that regard, otherwise the Bruce inclusion in attack will need to release Naughton.

The Bulldogs have certainly brought in two guys that can help the team improve, but it’s far from a formality that these inclusions will result in immediate premiership contention.

Buy: Dougal Howard
This might have been the best move of the trade period, with Howard going from club captain at Port Adelaide mid-season, to being told his future at the club was as a forward.

The 23-year-old has huge potential in this league, and St Kilda taking advantage of the situation was huge.

Howard could not have landed at a more perfect destination.

Notoriously one of the league’s strongest spoilers, Howard’s inclusion into the St Kilda defence provides the Saints with a stronger aerial presence to take on the massive forwards.

Simply put, the 2018 St Kilda defence was bland, with all players having strengths in intercepting except for the ageing and often liable, Nathan Brown.

With Josh Battle coming on in leaps and bounds, showing a James Sicily-like naturalism to a third tall role, and Carlisle facing a freer preseason than he had previously, Howard’s ability to read the play and blunt a contest will be huge in 2020.

Not enough importance is placed on simply preventing the opposition key forwards from getting easy opportunities on goal, given it’s an old school key defensive mentality.

Howard’s a versatile player with multiple strings to his bow, but at 199cm and with his reach, St Kilda may have come up with the best addition to any club in the 2019 trade period.

Kane Cornes was furious that the Power let go of a potential “future All Australian.”

That potential could be realised by 2021.

Sell: Geelong
The Cats got an excellent haul for Tim Kelly, while adding Jack Steven and Josh Jenkins cheaply, which immediately helps the midfield and attack.

Yet this didn’t really address any issue I had with Geelong.

With a full understanding that the defence held up extraordinarily well in 2019, this is one area the Cats should’ve looked to improve.

Perhaps Mark Blicavs returning to the role he has been excellent in will solve the issues, but Geelong’s defensive system has become predictable, and the best teams should be able to work their way through it.

Jake Kolodjashnij is a defensive stud, but under pressure with greater responsibility, will he stand up?

Jack Henry has done a nice job and flies under the radar, but he seems to be more effective with a run-and-jump at the ball.

There’s a strong concern that Harry Taylor may be going a year too long, which if true, could really affect the way Geelong lines up.

Tom Stewart’s clearly a gun, while O’Connor and Bews are solid trying types who have done their job in the past, but would be close to their ceilings.

When the depth past the standard defensive players is questionable, Zach Tuohy is now a floater, no one knows if Lachie Henderson will stay and Jordan Clark seems a natural fit for the wing, it’s concerning that the Cats didn’t pursue anyone from an opposition club.

Stephen Wells is a magician at the draft, and there are a couple of options he could go with to develop the future of Geelong’s defence.

In typical Cat fashion, it may be time to move a forward behind the ball and close that gap quickly, before the defence starts costing the team.

Nathan Krueger seems the right size to be that man.

The Cats did have a nice trade period and look far stronger in attack.

The gut feeling of defensive regression could turn into a reality in 2020 if the Cats don’t spice things up.

After the 2019 trade period, I’m certainly not convinced they’re a premiership contender.