With long-term injuries to Wes Hoolahan and Kaine Sheppard though, which fans are referring to as the Newcastle Curse, you’d be forgiven for thinking Merrick, his team and the Newcastle faithful were resigned to a season of mediocrity at best. Not a chance.

With the late signing of Hearts firebrand Bobby Burns to bolster the team’s left side and the even bigger news that Panamanian striker Abdiel Arroyo is fit, firing and very much ready to go for the Round 2 F3 Derby, the anticipation and positive outlook is on the rise.

Add to that Matty Millar, a fantastic steal from the Coasties, and Nick Fitzgerald, who looks like a player on the up under the tutelage of Merrick. Maybe this could be a season to savour for the Jets.

For this game, though, there are question marks. Staunch midfielder Ben Kantarovski is set to be ruled out due to a niggling hamstring injury. Some believe the talismanic Dimi Petratos will not take the field due to his international travels with the Socceroos. Both Johnny Koutroumbis and Angus Thurgate have just returned from an Olyroos camp in Qatar too.

Who covers the 10 role will be one of the most interesting decisions for Merrick and his coaching staff. Angus Thurgate is highly rated and ‘Port Macquarie Pele’ may well be first and foremost in the coach’s thoughts, with maybe a late cameo from Petratos. Don’t be surprised if Maki Petratos pops up in the front four too. 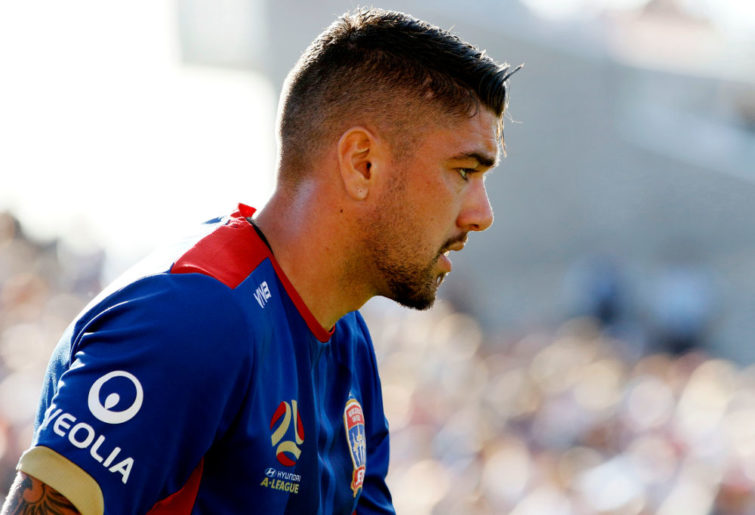 Newcastle may be starting one round later than the rest of the A-League due to the bye, but they’ve had ten pre-season games including the successful FFA Cup run, six against A-League opposition. With only one loss in those ten matches this certainly has echoes of the 2017-18 season.

The general feeling is that the team is very much ready to go. There are no players coming in underdone like Jair from last season, so there can be no excuses.

With this week’s game closing in, Jets membership figures are now in excess of 9000. Considering they missed last season’s finals this is a solid number.

Central Coast membership is less than half that figure, although coming off another spoon-winning season that may not be such a surprise.

The Mariners technically own the F3 bragging rights with their 3-2 win at Hunter Stadium – some Novocastrians blaming Roy O’Donovan for his double penalty miss – but this Saturday evening in Gosford is all that counts now.

For both sets of fans, there should be no excuses not to be there. A healthy 12k and over crowd should be the order of the day – as it’s often referred to as Newcastle’s best away trip there will be high numbers heading south, so can the Central Coast fans turn up or will this be another Newy takeover? The ball is in your penalty box, Coasties!