The third Rugby World Cup quarter-final has come to an end, with Wales emerging victorious over a valiant French side by just the slimmest of margins, coming from behind to win 20 points to 19.

There was plenty of controversy throughout the match. A 49th-minute red card to French second-rower Sebastien Vahaamahina, who elbowed a Welsh player in a maul, saw them reduced to 14 players for the remainder of the match.

The French fought on bravely for the remaining 31 minutes, but they surrendered their 19-13 lead after Ross Moriarty scored in the 74th minute off the back of a strip from Owen Watkin that seemingly went forward, but was not called after a review from the TMO.

Bring in Hawk-Eye?
Let’s start with the obvious, that being the decision of the TMO to stick with the referee’s on-field call of try when adjudicating on the 73rd minute try to Welsh back-rower Ross Moriarty.

France fed the scrum on their 5m line and were dominated by a massive Welsh push. They still managed to salvage possession, but a strip by replacement halfback Owen Watkin saw the Welsh back in possession close to the line. Justin Tipuric found himself with the ball and got within inches of the line, before Moriarty picked it up and barged over.

The play was then sent to the TMO to check if Watkin’s strip had travelled forward before Tipuric caught the ball.

After several replays the decision was made to stick with the on-field call of try as the ball had not travelled obviously forward.

It was a controversial call and the French will certainly not be happy with it, but ultimately it was probably the correct call as it was extremely difficult to tell from any camera angle exactly which direction the ball had travelled.

If it did go forward it was only marginal – this is something that only technology like Hawk-Eye would be able to accurately rule on. 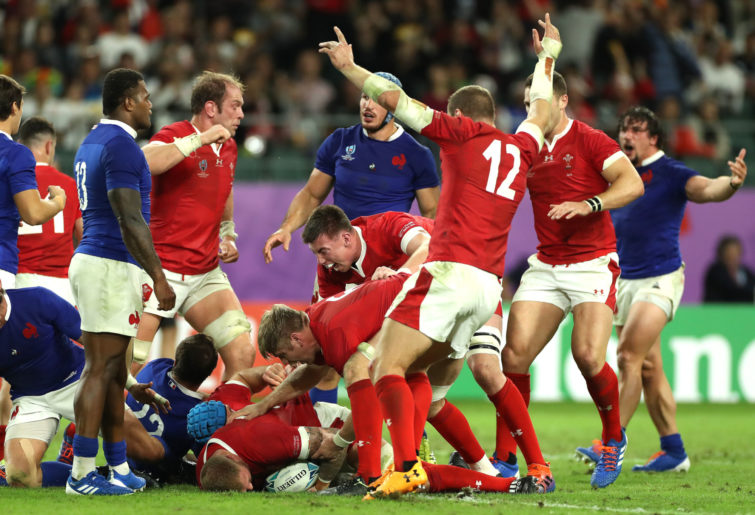 France lose Ntamack for second half
The French were extremely brave in defeat. Not only did they have just 14 men for the final 31 minutes of the game, but their first-choice flyhalf Romain Ntamack failed to return for the second half after copping a heavy knock late in the first stanza.

Ntamack, an inside centre for his club Toulouse in the French Top 14, has made the French No.10 jersey his own this year during the Six Nations and now the World Cup. His absence really disrupted France’s attack, as they failed to score another once he was off the field – nor did they really threaten to either.

The 20-year-old looked extremely disappointed on the sideline with ice strapped to his upper leg. Fortunately, he looks to have a bright future in the game and will have plenty of chances to make amends in the years to come.

France should have gone for a field goal
It’s certainly very easy to point fingers with the benefit of hindsight. But France had several chances in the second half to slot a sneaky field goal and chose not to.

This would have seen them out to 22 points – ultimately two points ahead of what was Wales’ final score.

It’s hard to know how the game would have panned out had France taken a shot. The momentum may have completely changed, leading to a vastly different outcome to the one we saw.

But with replacement flyhalf Camille Lopez sitting nice and deep in the pocket, well within field-goal range, it’s hard not to think that they should have just taken the shot.

Red Card proves costly for France
What a foolish piece of play this was from the big Frenchman Sebastien Vahaamahina – not only did he grab Welsh No.6 Aaron Wainwright by the neck in plain sight of the referee, but he also blatantly elbowed him in the jaw straight after.

In this day and age when there are a million cameras and a TMO intent on interfering with everything, it’s absolutely unfathomable that anyone would think they could possibly get away with something like this.

Vahaamahina left the officials with little alternative but to send him from the field with 31 minutes to play.

The French were very brave from this point on, and only would up losing by a point. But the game would have been completely different if they’d had their full complement of players for the entirety of the match.

It was a costly brain snap from the big fella, so much so that it cost France a place in the semi-finals. 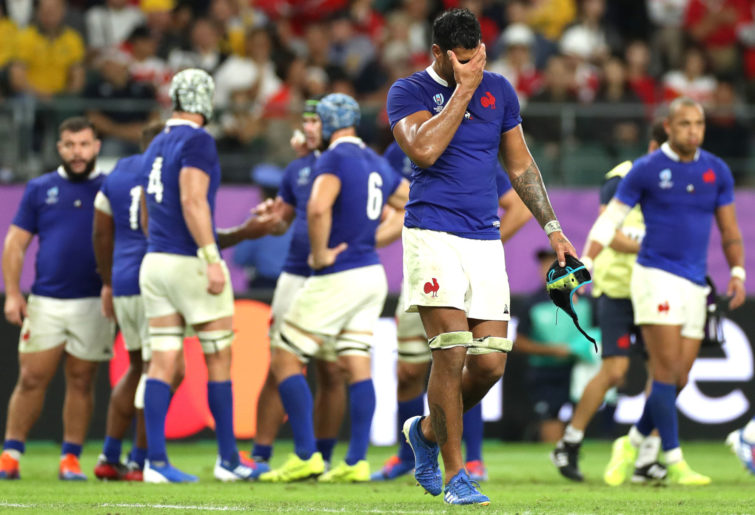 Wales looks bereft of ideas in attack
Not to take the gloss off the Welsh victory – they fought hard ultimately deserved their win. But key playmakers Gareth Davies, Dan Biggar and Liam Williams were nowhere to be found when their side needed points.

Wales’ first try in the 11th minute came completely against the run of play, when back-rower Aaron Wainwright pounced on a loose ball next to the ruck and scampered 30m to score under the posts.

Their second try came after from a scrum win against the feed, with Ross Moriarty barging over to score from close range.

That might have got them past a French side with 14 men for 31 minutes – frankly many would have expected Wales to really turn it on after Vahaamahina received his red card.

But the remaining heavyweights New Zealand, England and South Africa will certainly not be worried by what the Welsh dished up in attack tonight.

Wales will need to improve dramatically if they are to mount a serious challenge in this World Cup.