What needs to change in the NRL's next TV deal

They say TV owns our game and that the draw is unfairly scheduled, but does it have to be this way?

The current NRL broadcast deal ends after the 2022 season, with many hoping for drastic changes in this period, including league expansion and a change of broadcaster as well as minor changes in the structure of the league and its operations. Just one of these changes should be the way the broadcast is run in terms of the teams and timeslots as well as the matches that are shown on free-to-air TV.

Below I will make a plan to change the ways of broadcast, giving both the NRL and the broadcasters power.

Whether Channel Nine retain the rights or perhaps Network 10 nab them doesn’t really matter as the plan is about power in broadcast and the draw, so any broadcaster that attains the rights would have the same power that any rival bid would have had.

The first thing that would concern a change in broadcast operations in 2022 would be the addition of new teams, which seems very likely to happen. A team in Perth seems a certainty should expansion occur, so all plans will have considerations for the Perth team as well as one extra match each week – two teams added in total – to make for nine matches each week. 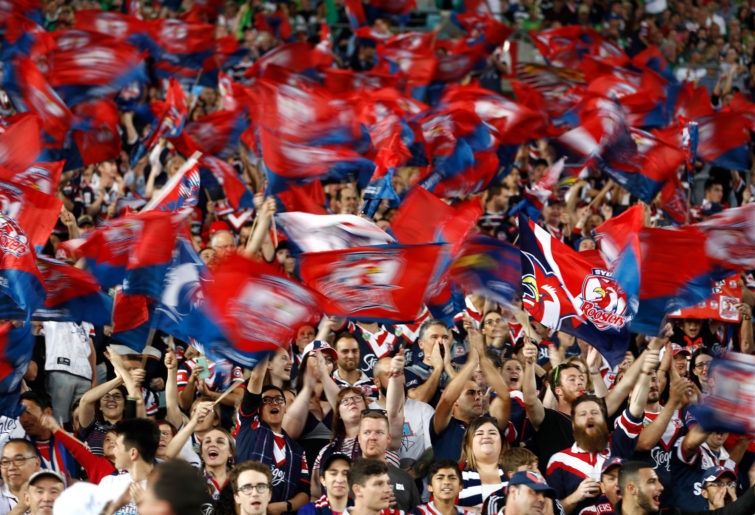 Below are the revised weekly broadcast timeslots in AEST.

The Thursday night game has needed scrapping for a long time as it was only beneficial for the broadcasters and quite the opposite for the clubs and the league, commonly attracting a small portion of what would have been the possible attendance had the match been scheduled on Friday, Saturday or Sunday.

A notable inclusion is the dedicated Perth timeslots. Because Western Australia is two hours behind the east coast during winter, Perth-based AFL teams haven’t seen their home stadium in a night game in the past season, the latest start there being at 6:10pm.

The latest an NRL match would start based on this system is at 8:00pm, perfect for the broadcasters as they get to advertise an extra game for east-coast viewers to watch at home.

To fit in games at these times they need to obviously replace another match. These can be any of the times signed with the chevron and are the earliest matches each day to assist in creating a non-stop schedule each day no matter whether games are played in Perth or not. Also notable is the change in weekend schedule, which now starts on Saturday at 1:10pm. It will be a stretch, but I think it will work. There is also a return of the Saturday late game, though I’ve made it slightly earlier. This timeslot will be very appealing to watch as it caters for work and school-affected families, the match ending at approximately 7:10pm. Having it take place at around sunset is another pull factor.

Another focus of the plan is to ensure the free-to-air broadcaster televises the same fraction of matches it currently does, which is three in eight. If there are nine matches each round and 24 full rounds, there would be 216 games in a regular season. If the free-to-air broadcaster were to continue showing three of every eight of these, they would show 81 of the 216 games.

This is the part that gets the NRL control of the draw: the introduction of broadcaster selections. This won’t be for every match, though it will be for 17 of them. I’ll outline how it’d work.

In planning the draw, the NRL, as usual, would give free-to-air three games per round in set slots for each of the 24 rounds, with split bye rounds combined:

Like this, with no selections, free-to-air would get 72 matches, requiring nine more. To add the selections feature into the broadcast system, eight of the 72 matches wouldn’t be assigned. This gives eight free selections. Nine more are added to this figure with the nine more required free-to-air matches.

This gives the free-to-air broadcaster 17 selections. As a rule, they should be able to use a maximum of two in one round, meaning they can show a peak of five games in one round.

These selection rules mean the NRL can take control of who plays when. There is no longer the urgency to put all marquee matches on Thursday, Friday or Sunday just so they can be shown on free-to-air TV. If desired, there could be a scheduling rule relating to the number of day and night matches each team plays. The Broncos could actually play on Saturday. Gold Coast vs Warriors could in theory be the 8:00pm game on Friday night.

Of course the NRL would be marginally generous, still scheduling somewhat decent match-ups in what are considered to be marquee timeslots.

So there it is. Anything you’d change or add, Roarers?