Number one starts at home

Recently, India completed their eleventh straight home Test series win, a streak going all the way back the Border-Gavaskar Trophy in 2013.

No other side has ever done this.

This period of dominance is not because of doctored pitches, but because we are seeing the emergence of a new great dynasty.

The great sides have always dominated at home. Before their 5-1 loss to Australia in 1975-76, the West Indies lost to Australia at home in 1973, they also drew against England at home between those two series.

The only team who could beat Australia at home, as they grew into that golden generation, was the greatest sporting team ever assembled; a side that went fifteen years without a series defeat.

Australia would remain undefeated at home until 2008-09, losing to South Africa following the retirements of a number of the side’s greats.

They would lose at home again in 2010-11, against England, as England began translating their strong home cricket to overseas success.

Now we have India. 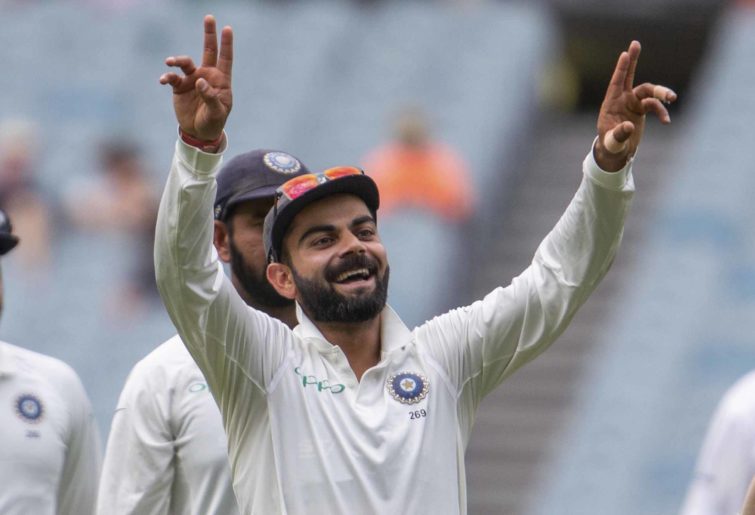 India are starting to convert this home dominance to away wins. Last Summer, India beat Australia at home. It was their first major away win, having suffered defeats against England and South Africa.

The reasons for the team’s success are of course the players.

Jasprit Bumrah makes a huge difference and was instrumental in their dominant victory over West Indies earlier this year. With Mohammed Shami, Umesh Yadav, Bhuvenshwar Kumar and a career best Ishant Sharma making up the rest of the attack and pace reserves, you have a pace battery that rivals any in Test history.

Add Ravi Ashwin, Ravindra Jadeja and Kuldeep Yadav in the spin department, and you have the most potent and best balanced attack operating in the world today.

Then there are the batsmen. Kohli is in that special part of the world occupied by only himself, Steve Smith and Kane Williamson.

Cheteshwar Pujara, as he proved last Summer, is perfect at number three. Ajinkya Rahane is a strong leader and very good middle order batsmen, without being world beating. Rohit Sharma is scoring centuries for fun. Mayank Agarwal and Prithvi Shaw, two young stars, have shown they have what it takes to form the next great opening partnership.

India are balanced and settled, everyone knows their role. So, if someone misses a series or two they can come back into the side and pick up where they left off. Like Ashwin and Rohit have against South Africa.

Australia’s home form, with recent losses to India and South Africa, is looking shaky. Coupled with a dismal away record in the medium-to-long term, five looks like a fair ranking from the ICC algorithm.

Pakistan should be an easy side to defend against. However, it’s Pakistan and anything can happen, that’s why we all love them.

New Zealand will be the tougher side. They deservedly hold the number two spot and haven’t lost a series since 2017, against South Africa. Australia could rise as high as number three with a 2-1 series win, provided other results go our way.

New Zealand have their best ever team, and Lockie Ferguson adds an important dose of pace to the bowling attack.

This year, in Tests, both Williamson and Tom Latham are averaging over 70. Ross Taylor more than 60, Ben Watling is the best keeper-batter in the world. Smart behind the stumps and averages more than 50 this year.

Henry Nicholls, another important player, is a little behind the pack, averaging 48. However, he was their most successful bat in 2018, scoring 658 runs at an average of 73, with three hundreds and three fifties.

A series loss against Pakistan would signify something very rotten in Australian cricket. A win against New Zealand could mark a turning of the proverbial corner, a final end to the never-ending transition that has marked Australian cricket since the Argus review.