The Roar’s most senior and respected football contributor Mike Tuckerman hit the proverbial nail on the head in his Monday column.

Saturday the 26th of October could not be set up more tastily or competitively for either the A-League or Sydney’s two clubs. Everything about Sydney FC and the Western Sydney Wanderers creates tension and a contrast.

One club foundational, the other a necessary effort at sprawling expansion. The Sky Blues rooted in the Ritz and glamour of Sydney’s beach side culture, the Wanderers hailing from the Wild West. Even the colours draw lines of delineation with Liberal blue juxtaposed against Labor red.

Finally, after just one Wanderers win in the last 17 incarnations of the derby, this coming Saturday’s encounter feels just the way it should – the way it used to. With both teams perfect thus far in season 2019-20, it stands to be something special, especially considering the venue.

Sydney FC striker Caitlin Foord will not be watching, no doubt preferring to view the rugby league Test between Great Britain and Tonga from Hamilton. Her recent admission that football can be ‘boring’ and her preference for the gladiatorial game, may well see her sit this one out.

She may be one of the very few not salivating at the idea of Sydney and Western Sydney, both in top form, going head to head. 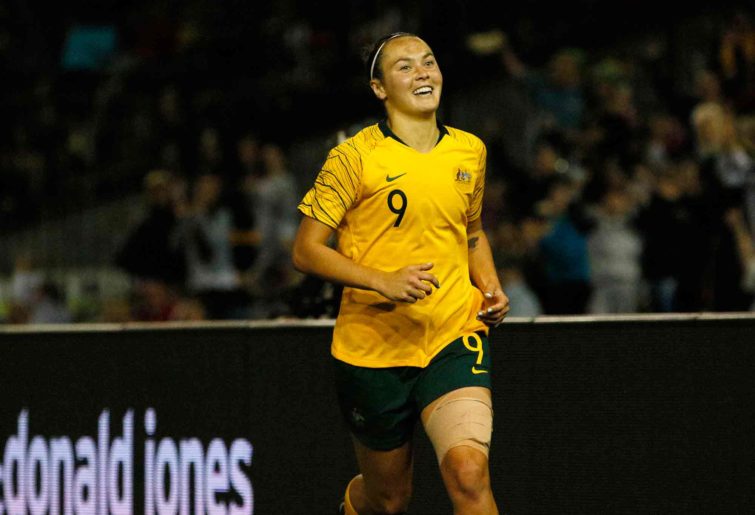 At least Caitlin, as unproductive as her recent comments may have been to many football fans, was able to articulate them in a relatively clear and lucid manner. No such luck for Archie Thompson.

A-League fans tuning in to host broadcaster Fox Sports are not enjoying the childish and embarrassing efforts of the former Socceroo, as he attempts to take on an expanded role behind the microphone.

The 40-year-old owns 90 A-League goals and 28 successful conversions for the national team and his football achievements will live eternally in the annals of the domestic game.

However, the battles he is currently experiencing in attempting to provide analysis, commentary and colour to A-League broadcasts is bordering on being nothing other than insulting to Foxtel subscribers.

Thompson was in ripping form on Sunday afternoon in the pre-game lead up to the AAMI Park clash between Melbourne City and Adelaide United. Charged with interviewing Red’s speedster Nikola Mileusnic, the Melbourne Victory legend had his wires well and truly crossed; addressing Mileusnic as Nikolai.

He was also hesitant when asked for some pre-game analysis, just as the ground staff at AAMI Park activated the irrigation system prior to kick-off.

Obviously ruffled, Thompson stated he was a little concerned about getting wet and that he “was trying to avoid the sprinters”. I think he meant sprinklers, but with Archie it is sometimes a little difficult to be sure. 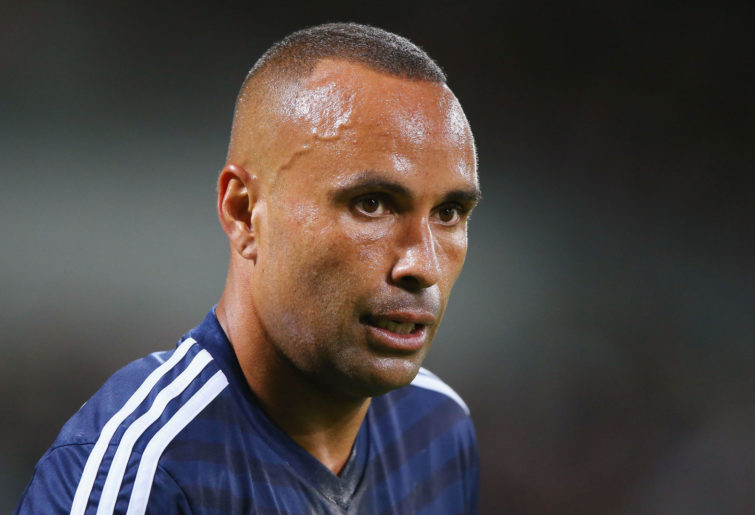 Often playing the role of class clown in Fox Sports’ coverage of matches and associated football programs, Thompson’s consistent gaffes have been generally tolerated in the past. However, now given the task of engaging directly with players and flying solo in pre-match crosses demanding analysis and insight, he is flailing badly.

His absurd question to promising young Melbourne City midfielder Connor Metcalfe capped off a sad afternoon for Thompson. He actually asked the 19-year-old why it was important that new manager Erick Mombaerts have faith and trust in him.

Quite stunned and rather astutely the mature youngster replied cleverly, suggesting it was very important otherwise he, “wouldn’t be playing”.

Seems pretty logical to me. Perhaps a question about the young man’s role in the midfield, combinations or forcing his way into what is a talented City team might have been more insightful.

Instead, Archie went with the inane.

Suffering from no such hesitation or apprehension, Matt Simon was awarded his 50th A-League yellow card on Saturday night in the F3 Derby at Central Coast Stadium.

Social media went bananas in a comically sentimental nod to the Mariners veteran after he ran across the back of an opponent in the second half. After years of tough and uncompromising play, Simon shows little sign of slowing down.

The 33-year-old has managed seven goals from 22 A-League appearance since his return to Gosford in 2018 and was spitting, swearing and contesting with the best of them in the controversial encounter between two old foes.

He may not be everyone’s cup of tea but for those able to see the lighter side of football, Simon is great entertainment value; something that we always need to remember, lies at the very heart of the game we all love.

That potential for entertainment will be showcased this coming Saturday in the biggest A-League clash of the season to date.

Just as Simon keeps us on the edge of our seats, so too will the Derby and if Fox Sports manage to keep Archie Thompson away from the microphone we might all be able to enjoy it.