Pakistan are bringing an incredibly young pace attack to Australia for the upcoming Tests, with a 16-year-old and two 19-year-old quicks named in their squad.

The tourists are without experienced quicks Mohammad Amir, Wahab Riaz and Hasan Ali, leaving them with a threadbare pace unit bulging with rookies.

The most extraordinary selection was 16-year-old tearaway quick Naseem Shah. If the right armer makes his debut in this series, he will become the youngest cricketer ever to play a Test match on Australian soil.

That record is currently held by former Australian batsman Ian Craig, who was nearly 12 months older than Naseem when he first featured, in 1953.

The tourists have a history of blooding precocious teenage talents. Of the eight youngest players to debut in Tests, five are from Pakistan, including batsman Hasan Raza who in 1996 played at the age of just 14.

Buzz has been building about Naseem since this video emerged last year of the then-15-year-old bowling with startling pace and swing on first-class debut.

16-year-old Naseem Shah is the latest pace sensation to make the Pakistan squad!

Here he is, running through a batting line-up in last year's QeA trophy ⚡https://t.co/5ecGKx8jxj | #AUSvPAKpic.twitter.com/XSmQwkN2CB

Operating with a dynamic action reminiscent of the legendary Waqar Younis, Naseem swiftly made an impression on his country’s domestic scene. In five first-class matches he has grabbed 17 wickets at 18. His other appearances in professional cricket are limited to three T20 matches and a single T20 fixture.

Even without considering his age, Naseem is raw. But watching that footage of him as a 15-year-old it is hard not to sense that he is a rare talent.

Whether he is ready to take the enormous step of playing in international cricket, only time will tell.

There are fewer doubts over the preparedness of 19-year-old Shaheen Shah Afridi, who may just be the most talented teenage cricketer on the planet. Afridi is an extraordinary package – a 198cm-tall left-armer who can swing the ball late at up to 150kmh.

While that doesn’t guarantee him success, he is certainly the type of bowler who has the tools to exploit the conditions Down Under.

The teenager has had a phenomenal start to his limited overs career, taking 54 wickets at 21 since making his international debut as a 17-year-old.

Afridi has also made a good start to his Test career, with 12 wickets at 31 so far in three matches against solid opponents South Africa and New Zealand. He has made an impact against Australia with the white ball, taking ten wickets at 20 from five matches against them.

Musa made his professional debut less than a year ago and has just 17 wickets at 37 in first-class cricket. He is yet to play for Pakistan in any format but boasts serious pace, having been clocked at 147kmh in the Pakistan Super League.

Pakistan’s attack will rely on star seamer Mohammad Abbas, who took 17 wickets at ten in the Test series against Australia in the UAE last year.

Abbas did not tour Australia three years ago when his compatriots were thumped 3-0, a series in which only two bowlers averaged less than 57 – quicks Riaz and Sohail Khan, neither of whom are in this current squad.

Pakistan have picked veteran seamer Imran Khan, who played one Test in that last series, taking 2-154. His poor fitness was exposed during that Test and was subsequently questioned by recently-axed coach Mickey Arthur.

Seemingly due to Arthur’s poor regard for Khan’s work ethic, the quick has not played a Test for nearly three years. Now he returns to the fold under new head coach and chief selector Misbah-ul-Haq.

To trouble Australia with the ball, Pakistan will need a massively improved performance from renowned leg spinner Yasir Shah.

Shah had the worst series of his career last time in Australia, taking eight wickets at 84 and going at a whopping 4.53 runs per over.

While Pakistan’s bowling looks weak, their batting unit bulges with talent, despite the shock axing of former skipper and wicketkeeper Sarfraz Ahmed.

Azhar Ali (406 runs at 81) and Asad Shafiq (239 runs at 40) were impressive on their last tour of Australia, while Haris Sohail and Babar Azam complete a good middle order. 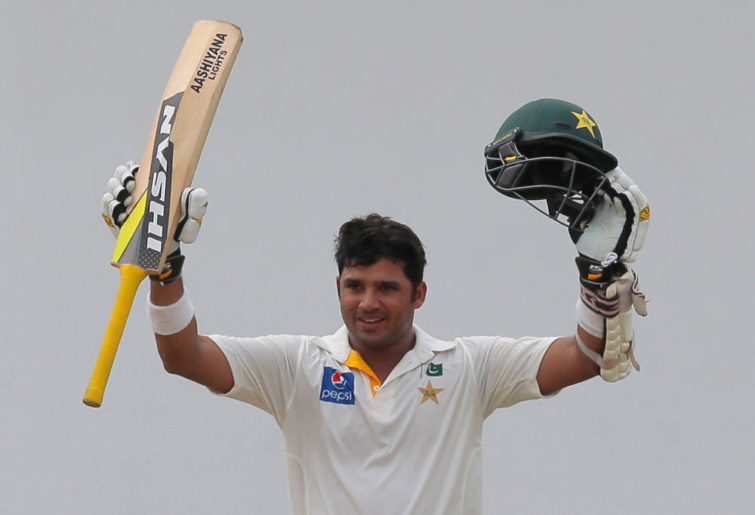 Their weakness with the blade is against the new ball, with openers Imam-ul-Haq and Shan Masood averaging just 28 and 26 respectively in their Test careers.

New wicketkeeper Mohammad Rizwan is a relative unknown, having played just one Test. He does, however, possess a commanding first-class record, with a batting average of 44 across his 79 matches.