Australian selectors have been obsessed for decades trying to find another all-rounder to match the feats of Keith Miller, Richie Benaud and even Alan Davidson.

Other countries have produced some outstanding all-rounders, most of whom would get into Test sides for either batting or bowling when they were at the top of their game.

For whatever reason, the search for a Test quality all-rounder has come up empty in the last 50 years in Australia. Sure, there have been lots of guys who have shown promise – Shane Watson, James Faulkner and more recently Mitch Marsh are three names that spring to mind – but injuries and some underwhelming performances have not helped either their careers or Australian cricket.

What we have produced – until recent times – are a number of batsmen who could bowl. Some were dubbed golden arms or partnership breakers, but all could come on and very often jag a wicket. In some cases, they came on and won Tests. 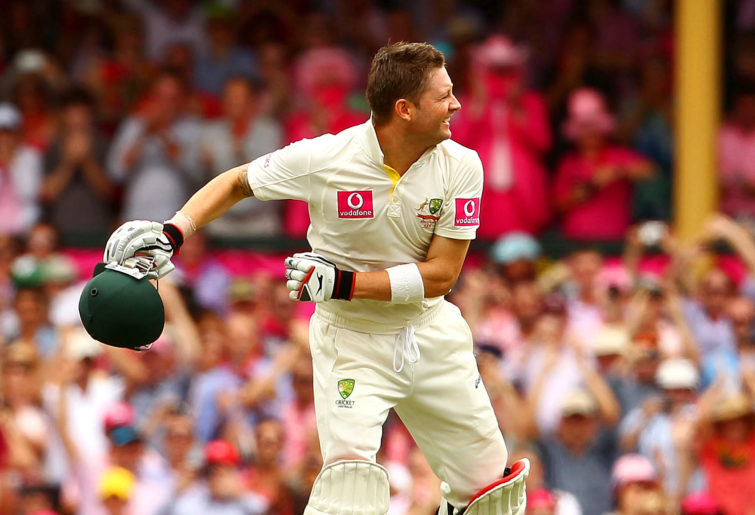 Growing up watching Doug Walters it seemed almost inevitable he would take a wicket if he was thrown the ball. He never seemed to give away a lot of runs and always seemed to be able to make something happen. Perhaps there’s a bias of childhood memories, but commentators and the crowds all got excited when he came on.

The other bowlers on this list – along with Walters – were never meant to bowl long spells. Only a few overs, take a wicket and get the real bowlers back on. Occasionally though, these guys were the real bowlers.

Allan Border went seven for 46 to destroy a hugely talented West Indian side in the 1988/89 series. Michael Clarke took the last three Indian wickets in 2008 to ensure an Australian win when the game looked destined for a draw. And of course the most recent golden arm Marnus Labuschagne came on in the fourth Ashes Test and took the last wicket which ensured the urn remained in Australia.

It’s surprising more batsmen don’t take on bowling – after all, it helped many of these guys either get into Test cricket or prolonged their careers.

Steve Waugh started his career with expectations he’d do quite a bit of bowling, while Michael Bevan – with his spinners – was seen as a useful addition to the Australian attack when his Test batting was being questioned. Even Marnus Labuschagne was seen as possibly worth his place last year when his batting was going through a slump, but his bowling was surprisingly good.

Perhaps it’s a sign of the times that batsmen stick to batting. After all, they have to adapt to three different formats – which must be a mentally difficult challenge.

The shame is, this often limits Test attacks to four or maybe five bowlers. There will be days when a fifth bowler is needed to come on to break a partnership while keeping things fairly tight, just to go back to fielding safe in the knowledge they have something to gloat about when play is finished.

Australia selectors will no doubt keep looking for the fabled all-rounder, but surely they should be encouraging batsmen to try to bowl – if even just a bit. For some it might be a ticket into the Test side, while for other, it might result in an Ashes moment of glory.