A-League Round 3: Who's hot and who's cold

After Round 3 of the A-League season, here’s my take on what was hot and what was cold in this weekend of fooball.

Lawrence Thomas
One of Victory’s more consistent players this season, he led a solid defence that allowed Victory to escape with the win at Suncorp Stadium against Brisbane. Making four saves, he was a brick wall at the back and was never fazed by the offensive pressure of Brisbane Roar. 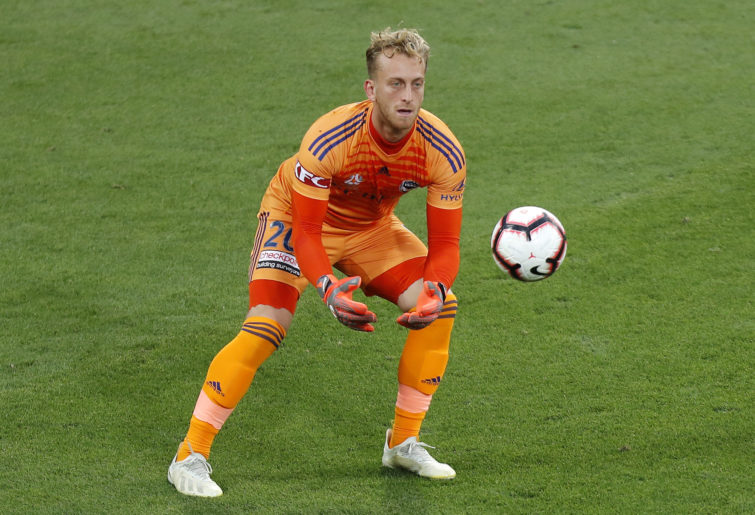 Riley McGree
McGree’s brace guided Adelaide United to their first win of the season. Scoring goals that reverses his side’s deficit, McGree was there when the game needed to be won. His second goal from a corner kick is an early goal of the year contender. McGree recovered the ball six times during the game with his shifts in defence proving he can play both ways of the ground.

Daniel Lopar
Sydney FC’s offensive pressure broke down the Wanderers’ defence multiple times. But despite dominating play and putting 20 shots past the defence, Lopar remained a brick wall between the sticks. Making four saves and three clearances, Lopar did everything to ensure he kept a clean sheet, allowing his side to take all three points.

Bruno Fornaroli
Scoring one and setting up the Chris Ikonomidis goal, Fornaroli was heavily involved in Perth Glory’s attack in their 2-1 win at Westpac Stadium in Wellington. Fornaroli put in a vintage performance as he looks to recapture his form after being iced out of the Melbourne City side last season.

Jamie Maclaren
Maclaren has been all class this season and his inspiring effort starred in the 2-1 win over Western United in Geelong. Maclaren stepped up when the game was there to be won, scoring the opener and the late winner while his side was down to ten men. Both goals were two of three shots which he had in the box, with his ability to get in the right positions a key factor.

Kenny Athiu
Victory’s attacking depth doesn’t allow Athiu to get many opportunities. So when the manager gives you a chance, you need to perform. Athiu managed only one shot for the game, which looked a certain goal until it was cleared off the line. He lost four out of five aerial duels – with his physical presence, those are unacceptable numbers. He’s struggling to adapt to A-League, and it’s only a matter of time before the fans and the club lose patience.

VAR
VAR has not been welcomed into the A-League. The technology has been confusing, and decisions have been contentious. On the weekend Sydney FC’s Kosta Barbarouses was the latest victim – his finish was disallowed because the whole ball was not deemed to have crossed the line. The use of VAR being implemented over goal-line technology due to cost is not acceptable for a top-tier professional football competition.

Adam Le Fondre
Le Fondre put in easily his most disappointing performance since his arrival at Sydney FC last season. Le Fondre has been prolific during his time in the A-League but went missing in the Sydney derby. Playing in a team that dominated the offence, Le Fondre had a limited impacted as he managed three shots for the match, but none were impactful. He will look to bounce back next week.

Wellington Phoenix
Without a point after three games, Wellington have struggled throughout the season. Manager Ufuk Talay has struggled to get his team playing consistent football and the only highlights have come from new arrival Ulises Dávila, and the emergence of youngster Reno Piscopo. The club’s rebuild so far has not been smooth and it’s setting out to be a long and arduous season for Wellington.

Harrison Delbridge
Melbourne City may have only been 1-0 up but were in control of their clash with their new local rival Western United. However, the game took a turn after Delbridge’s reckless challenge gave away penalty and resulted in a sending off. Jeopardising the result by gifting Western United a way back into the game, Delbridge will be looking to forget his performance.