England versus South Africa. Who picked it? I mean, really, genuinely picked this as the Rugby World Cup final ahead of time. Anyone?

Yet, in a funny sort of way, the unforeseen final will quite likely make the 2019 edition of the World Cup all the more memorable.

What’s very clear is that both England and South Africa can definitely play to a game plan very specific for their opposition.

Quite how that looks next Saturday night is for our best guess until then, and the fact that it is an unexpected final has me looking forward to these discussions this week that little bit more.

The two semi-finals were about as contrasting as they get.

England-New Zealand was one of those bell-ringers that stays with you for years after the event, and my recording has already had the lock function applied to it. If the final is half as good, then it will still be an excellent game.

Wales-South Africa was… well, it’s important we have games like this one, because it immediately makes us appreciate games like the first semi-final that little bit more.

It’s hard to know where to start about England’s superb 19-7 win over New Zealand on Saturday night. 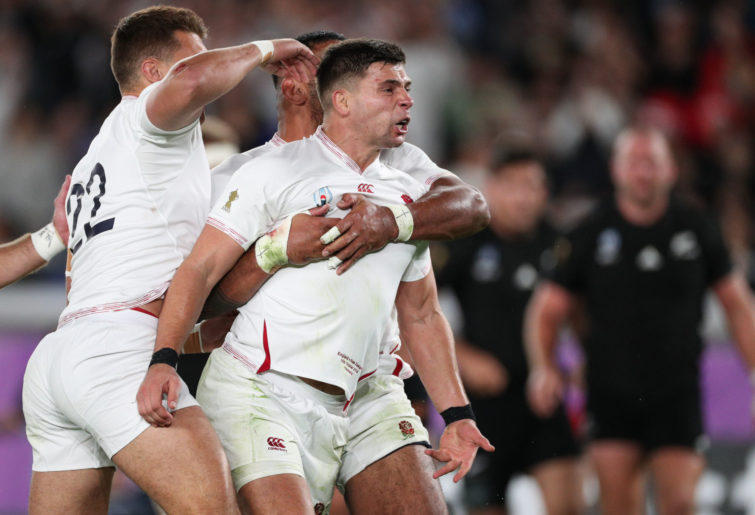 Even when England got out to the quick start, scoring in the second minute of the game through Manu Tualagi, I’m sure I wasn’t alone in shifting forward in the seat waiting for the response that just never came.

The truth of the performance is double-edged. The All Blacks played about as well as England allowed them to. They had moments – only small moments – but just couldn’t ever convert these small moments into genuine opportunities.

And then to top that off, England just kept applying the scoreboard pressure that always seemed to increase as New Zealand thought they might have been edging closer.

Much like the first Bledisloe Cup Test loss in Perth, New Zealand just couldn’t ever work their way to ascendency. And even if you subscribe to the theory that the All Blacks only lost that game because of the red card before half time, the fact of the matter remains that the Wallabies were already well on top by the time Scott Barrett received his marching orders.

It may well go down as Eddie Jones’ most magnificent victory in time, and the sheer amount of planning and preparation that had gone into England’s approach for this game was apparent very early in the contest.

New Zealand’s decision to play Scott Barrett at blindside flank was supposed to give them a lineout advantage, so England only kicked into touch a dozen times. And then still won 18 of their 20 lineout throws anyway.

Four years ago, England didn’t really play a true on-ball openside flanker, yet here is Eddie Jones going into the biggest game of his Red Rose coaching tenure with Sam Underhill causing all sorts of problems for New Zealand at the breakdown, and with Tom Curry turning in an incredible breakdown performance in the No.6 jersey as well.

All Blacks coach Steve Hansen hooked Barrett at half time, but Sam Cane couldn’t do anything to stem the breakdown bleeding. Ardie Savea made more tackles than anyone on the night, yet his breakdown presence wasn’t as pronounced as it has been.

Owen Farrell and Tualagi did quite the job on Anton Lienert-Brown and Jack Goodhue, and George Ford controlled the tactical kicking quite superbly.

This is why Hansen was left to offer nothing but praise. “They’re a good team – there’s no shame in getting beaten by them,” he said post-match.

“They were deserved winners tonight. We’ve got no regrets.

“Sometimes you might find that sport’s not fair. But tonight it was. We just got beaten by a better team and we have to take that on the chin.”

The nature of the England win has already upped the calls for Rugby Australia to repatriate the former Randwick hooker.

That’s a phone call for after the final – and Jones surely wouldn’t take the call before the final anyway – but it’s a phone call that should be made nonetheless, even if Jones is contracted for another few years yet.

Sunday night’s second semi-final saw the phrase “one for the purists” used early and often. 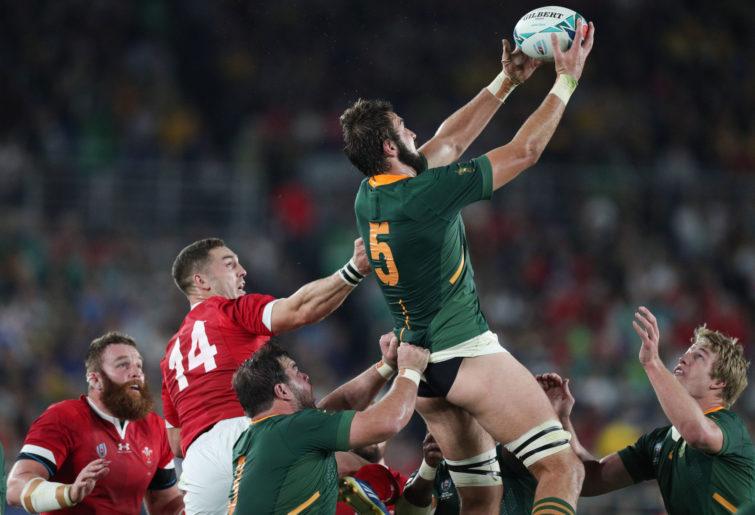 In a game featuring just over one kick per minute, it was a spectacle that perhaps enthused only the Gilbert research and development department.

Like New Zealand, Wales enjoyed more than 60 per cent territory for the match, and had a similar share of possession, too. But like England, South Africa were content to tackle their way into the final, and with Faf de Klerk’s box kicking constantly drilling the ball back over the Welsh defence.

De Klerk kicked more than Ben Youngs and Aaron Smith combined. Where Youngs and Smith kicked from hand around ten per cent of their possessions, De Klerk’s ratio was closer to 45 per cent. Gareth Davies wasn’t too far behind.

Just before Wales’ try in the 65th minute, with winger Josh Adams crashing over in the corner after Alun Wyn Jones’ balls-of-steel decision to take the scrum option from a penalty on the South African try line, the Boks successfully repelled 21 phases of Welsh pick and drive.

It was a phenomenal defensive shift.

Whether South Africa will have as much success slowing down the English ball next weekend remains to be seen.

And I wonder if their coach Rassie Erasmus will give thought to starting Francois Louw as Stuart Barnes pondered in the Fox Sports studio in Australia.

Louw’s impact in the last 12 minutes of the game won’t be easily forgotten among Springboks fans. Nor Welsh fans, I suspect.

“We would love to win the World Cup,” Erasmus said with that beaming grin rightly plastered across his face.

“We will play a class England team in the final now, but we’re there, we’ve got a chance and we might go all the way.”

They just might, too. But they almost certainly won’t start as favourites.

And either way, it’s going to be quite the build-up to Saturday night. Even if no-one saw it coming.