Australia set the ideal tone for the summer

David Warner’s signature leap on reaching his first T20I century had plenty of meaning attached to it.

Though the little dynamo blazed away in the Indian Premier League and the World Cup, his confidence was dented in the Ashes. The transition back to white-ball cricket on the bouncy and batting-friendly surfaces down under proved entertaining.

Through Warner, Australia set the tone for the home summer on Sunday. Despite his torrid run in the Ashes, his place was not under question leading up to the home summer. His average of just under 60 on the juicy Australian decks is hard to ignore.

Warner’s hundred also indicated the brand of cricket we might witness in the red-ball arena this summer. Unlike the previous summer, when Australia remained under the cloud of the sandpaper saga, the team now looks stable enough to upstage the touring parties. 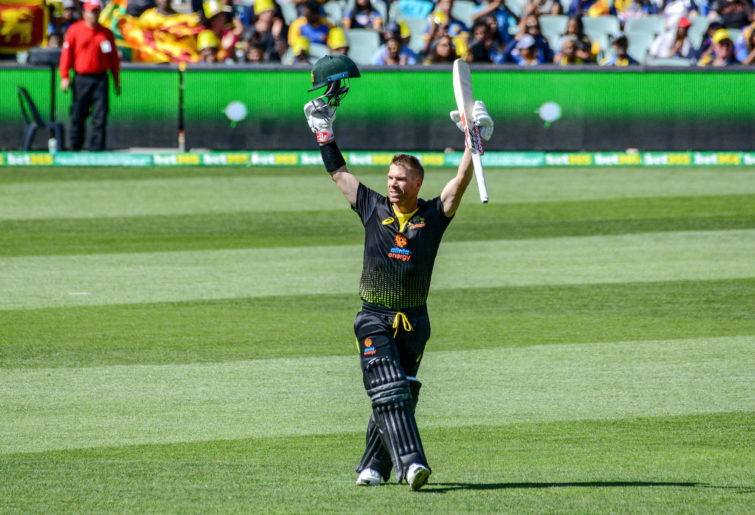 While Warner’s breezy start was an encouraging sign and Steve Smith further bolsters the line-up, the Sheffield Shield has also showcased some adept batsmen. The selectors may not trigger radical changes, however, they may force changes to stay focused on the future.

The hosts couldn’t have found a better way to kick-start their preparations for next year’s T20 World Cup. Since the launch of the tournament, Australia have looked like heavyweights to capture the title, but it’s the only ICC trophy missing from their cabinet.

Australia have got the luxury of playing at home with a power-packed opening partnership. An ideal consolidator in Steve Smith is followed by the floating batsmen in Glenn Maxwell and Ashton Turner, who can swing the game their favour within a space of few deliveries.

Vice-captain Alex Carey’s level-headedness combined with his aspiration to be Australia’s late-order hitter adds one more layer of muscle to their line-up.

To fall back on in case of injuries, they again have a wealth of able contenders in D’Arcy Short, Ben McDermott, Marcus Stoinis, Riley Meredith, Jhye Richardson, Billy Stanlake and Mitchell Swepson.

Yes, this Sri Lankan side is an inexperienced one. Australia dismantled the Lankans with the bat, thanks to a systematic plan and plenty of unorthodox hits.

That includes sticking to the game plan, the areas to hit boundaries, what gaps to hit in order to run hard, and which bowlers to target. And that is precisely what teams need to focus on in the shortest format.