Gallen retired after 19 NRL seasons last month but was one of ten Cronulla players who accepted a doping ban in 2014 as the result of a drugs scandal at the club.

“I’ve got to say, some of the comment in Gal’s book around the NRL, Cronulla and ASADA, God, they got that much messaging and that much testing, that’s actually him advocating, I think, saying that anti-doping programs are there for a reason and they are out there and they are highly visible and it has a deterrence effect,” Sharpe told AAP.

“One of the things we did through the new government funding was a review of our field staff and what their approach to athletes is and sports.

“And certainly, we looked at how we could do it better.”

Gallen also questioned the need for testers to make late-night visits to the family home, but Sharpe refused to apologise for keeping sport clean.

“All of our programs are designed around when the maximum effect (of a banned substance) is,” Sharpe said.

“At 11pm you tend to not want to go into someone’s motel room because they’re playing tomorrow. In saying that though, if that’s when the sample is best then that’s when we need to go in.

“We wouldn’t do unless it was absolutely necessary. So I won’t apologise for that.

“As for the family home – if we provided everyone the times we’ll test and how we’ll test then we’re ineffective. 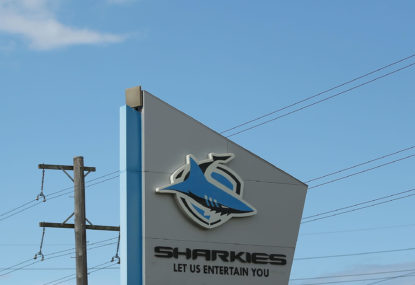